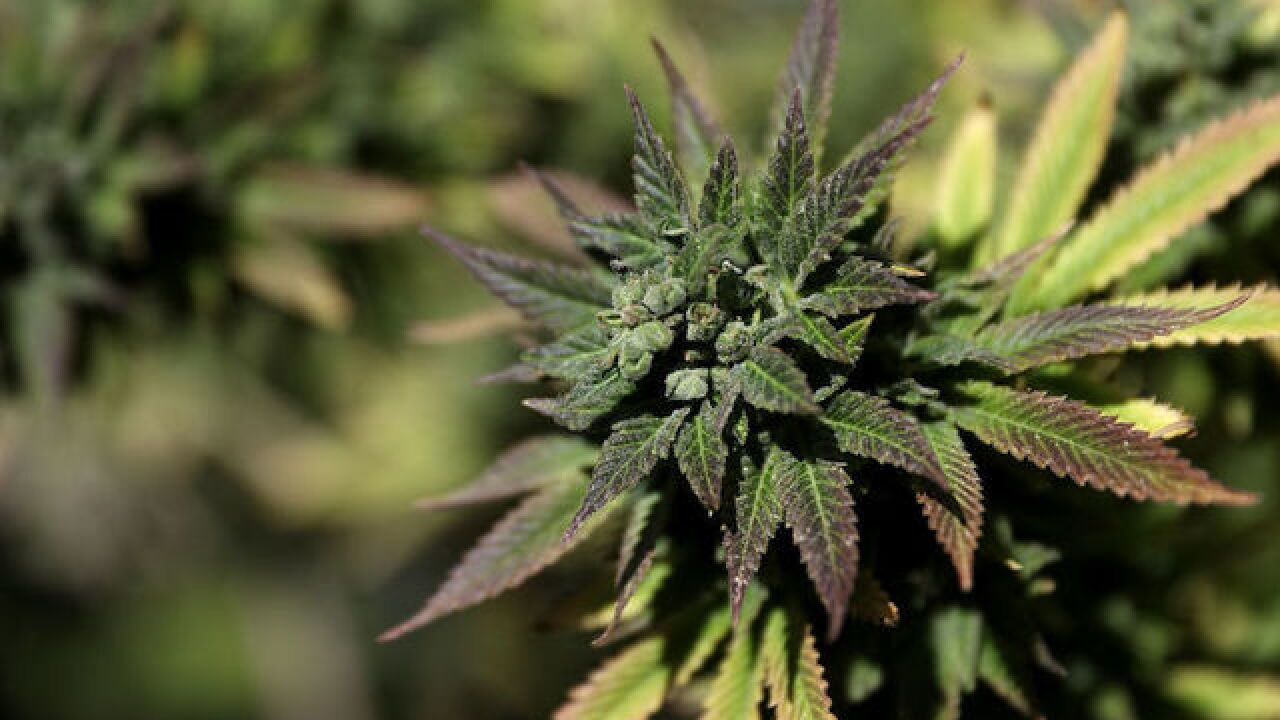 Image copyright 2018 Getty Images. All rights reserved. This material may not be published, broadcast, rewritten, or redistributed.
Justin Sullivan
<p>A marijuana plant is displayed during a 420 Day celebration on 'Hippie Hill' in Golden Gate Park on April 20, 2018 in San Francisco, California. </p>

The city workers who weed and water the flowers in Powell, Wyoming, were surprised to find something tucked in among the colorful pansies, petunias, snapdragons, and ornamental grasses: actual weed.

Three marijuana plants have been found and turned in to police since June 29, according to the Billings Gazette, which is a CNN affiliate .

Officials think a prankster planted seeds in some of the large planters that decorate the town of 6,300 people near the Montana border. The pot plants grew to be a few inches tall before anyone noticed.

"The plants in question grew under other plants that grew taller, faster," city parks superintendent Del Barton told CNN. He said the marijuana plants were hidden by the larger plants until they developed their distinctive, spiky leaves.

Police Chief Roy Eckerdt told the Gazette that there aren't any surveillance cameras in downtown Powell, so they don't have any suspects.

Recreational marijuana is legal in nine US states. But Eckerdt reminded any copycat growers that marijuana possession is a crime in Wyoming.

The marijuana plants have been logged into evidence and will be destroyed.