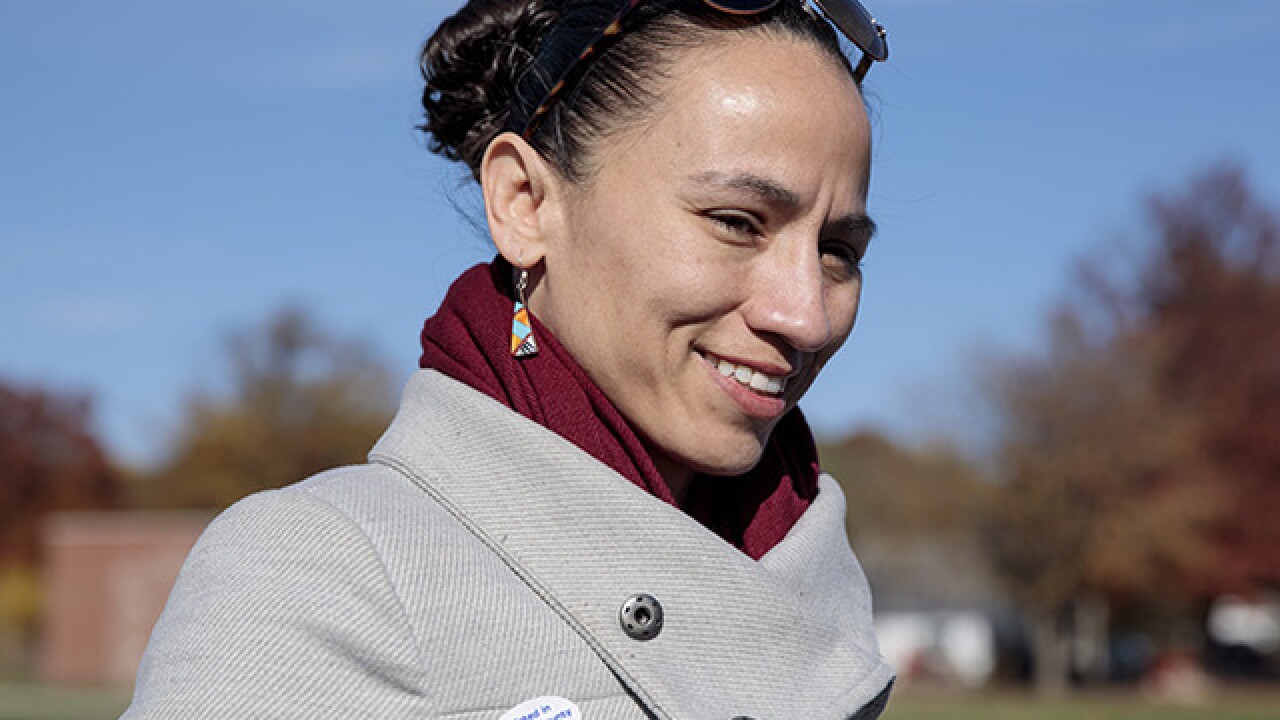 Copyright 2018 Scripps Media, Inc. All rights reserved. This material may not be published, broadcast, rewritten, or redistributed.
Whitney Curtis/Getty Images
<p>Democratic candidate for the Kansas 3rd Congressional District Sharice Davids spoke to the media after casting her ballot Nov. 6, 2018, in Shawnee, Kansas.</p> 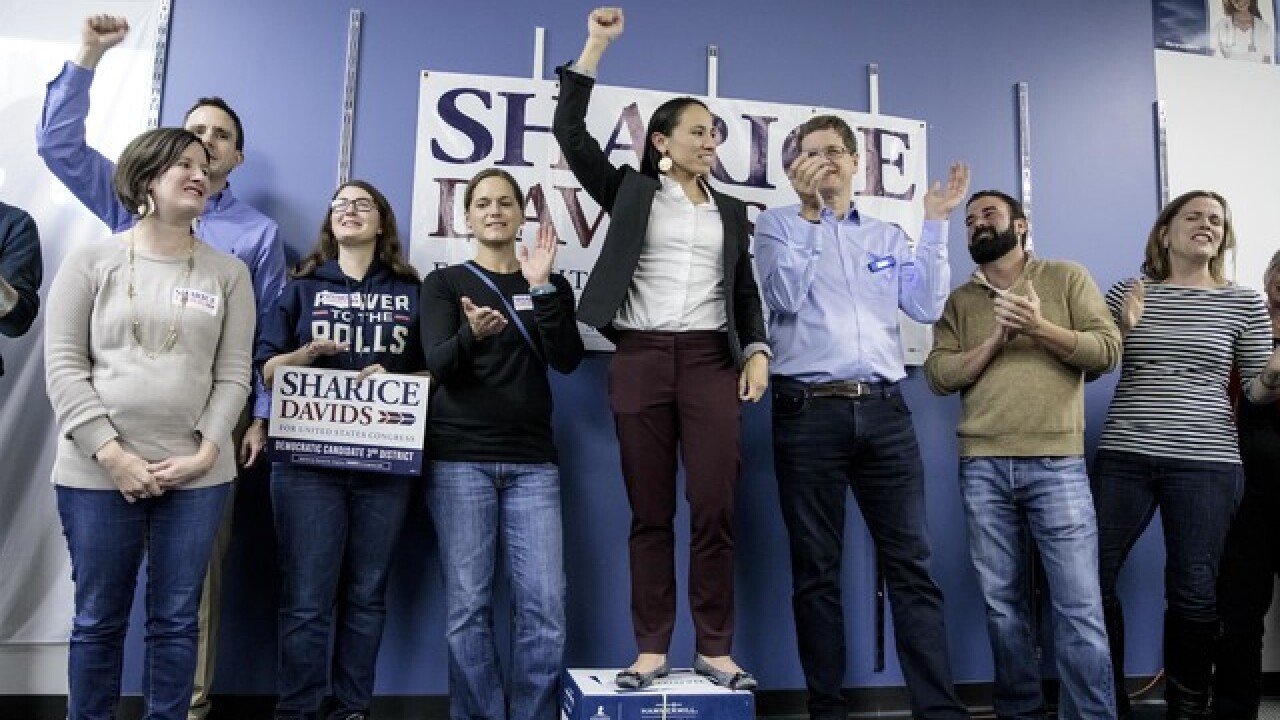 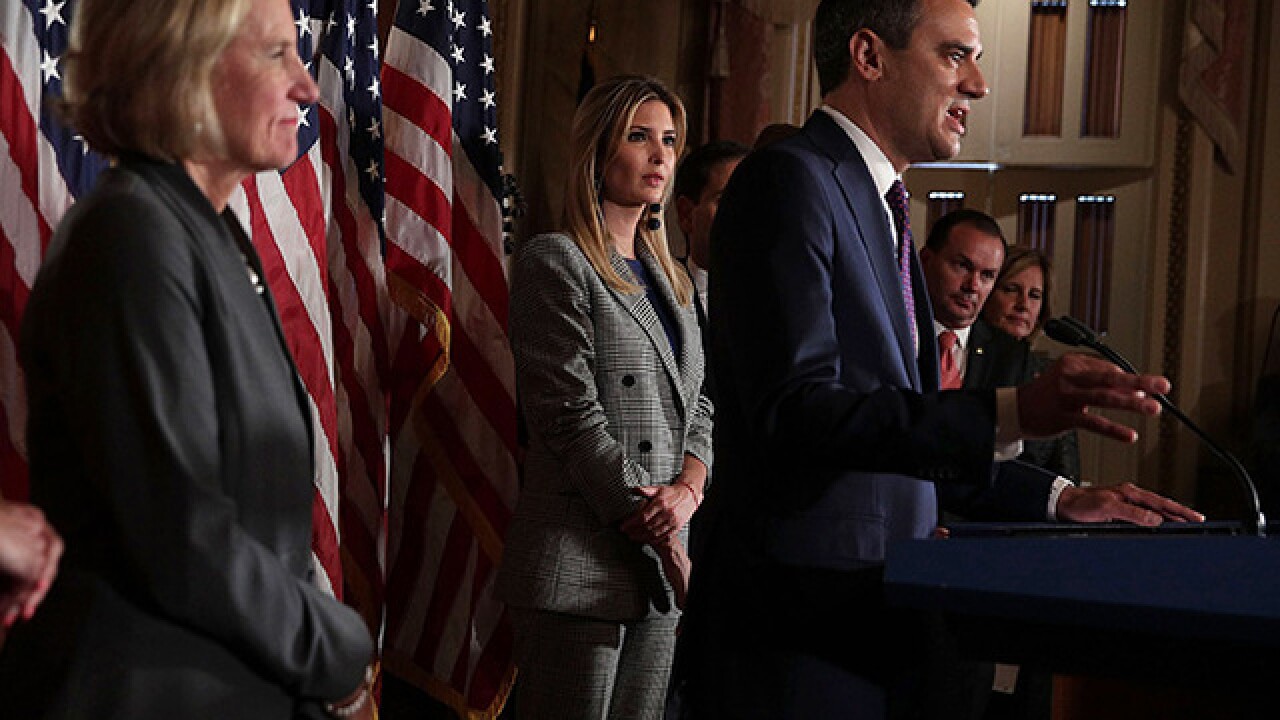 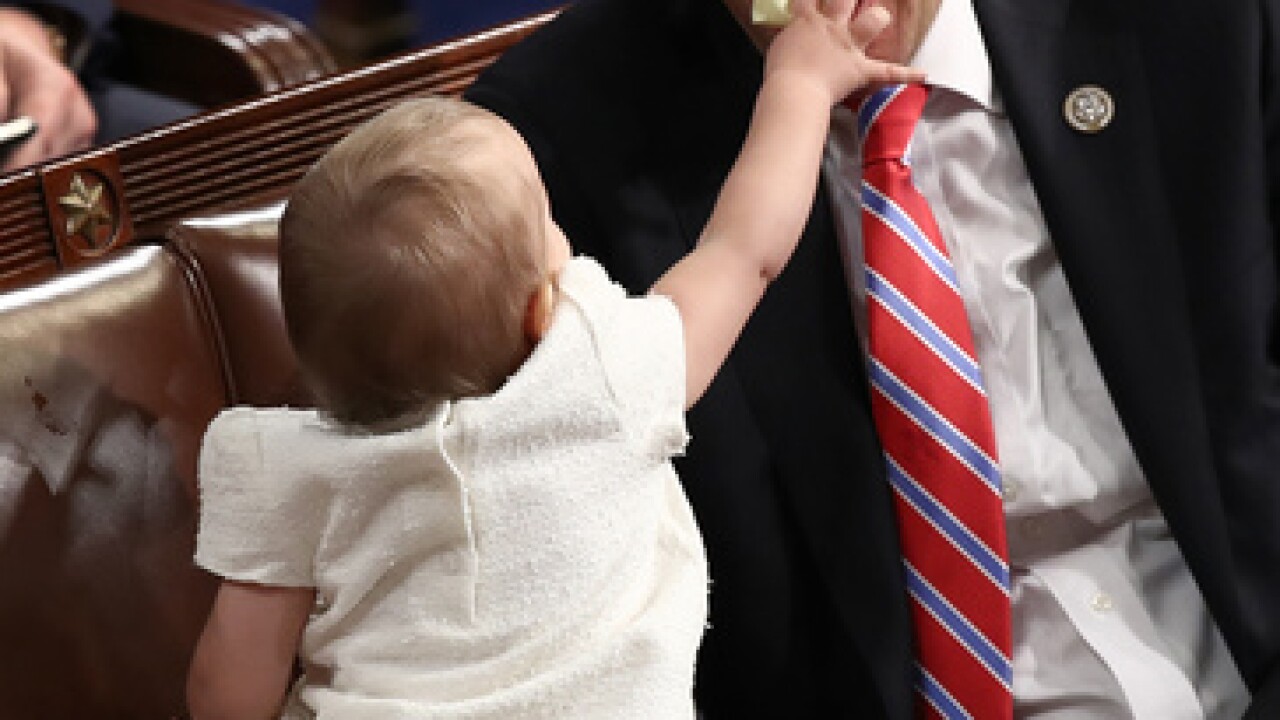 The race was one of the most closely watched in the country as Yoder was considered vulnerable as a Republican in a left-leaning district.

NBC and other national news outlets have declared Davids, who leads by more than 15,000 votes in early returns.

In her victory speech, Davids said she planned to work for all voters in Johnson County, even those who voted for her opponent.

Yoder had always enjoyed strong support despite his Johnson County, Kansas, district’s demographics, but he was overwhelmed by Davids.

Yoder said in his concession speech that it was time to come together.

“My wish and hope is that we will come together. We must unite, Republicans and Democrats must find common ground," Yoder said.

Davids, 38, has never served in an elected office before, but that didn’t prevent voters from handing her the victory Tuesday. She will become the first Native American woman to serve in Congress.

Davids then spent a year as a White House fellow with the Obama administration.

She is a member of the Ho-Chunk Nation, a Native American tribe based in Wisconsin, and a former professional mixed-martial arts fighter.

Davids, a lesbian, is a staunch supporter of minority and LGBTQ rights.

Yoder — a lifelong Kansan who graduated from Hutchinson High School, the University of Kansas and KU’s Law School — was anticipated to be among the most vulnerable Republican incumbents in the U.S. House of Representatives.

He hasn’t rubber-stamped everything the Trump administration has done, notably breaking ranks about transgender military service and the decision to separate families at the U.S.-Mexico border after it became clear the public was outraged, but he’s supported Trump reliably aside from that.

Yoder, 42, has voted strictly along party lines 92 percent of the time since Trump took office, including his vote to repeal the Affordable Care Act that placed coverage for pre-existing conditions in jeopardy and in support of a tax cut package last year that many believe disproportionately benefitted the wealthy.

Yoder practiced law in the public and private sector for several years before entering politics.

He started out as a three-term state representative from Johnson County, Kansas, before succeeding Dennis Moore in the Democrat-leaning district.

Yoder sits on the House Appropriations Committee and serves as chairman of the Subcommittee on Homeland Security.