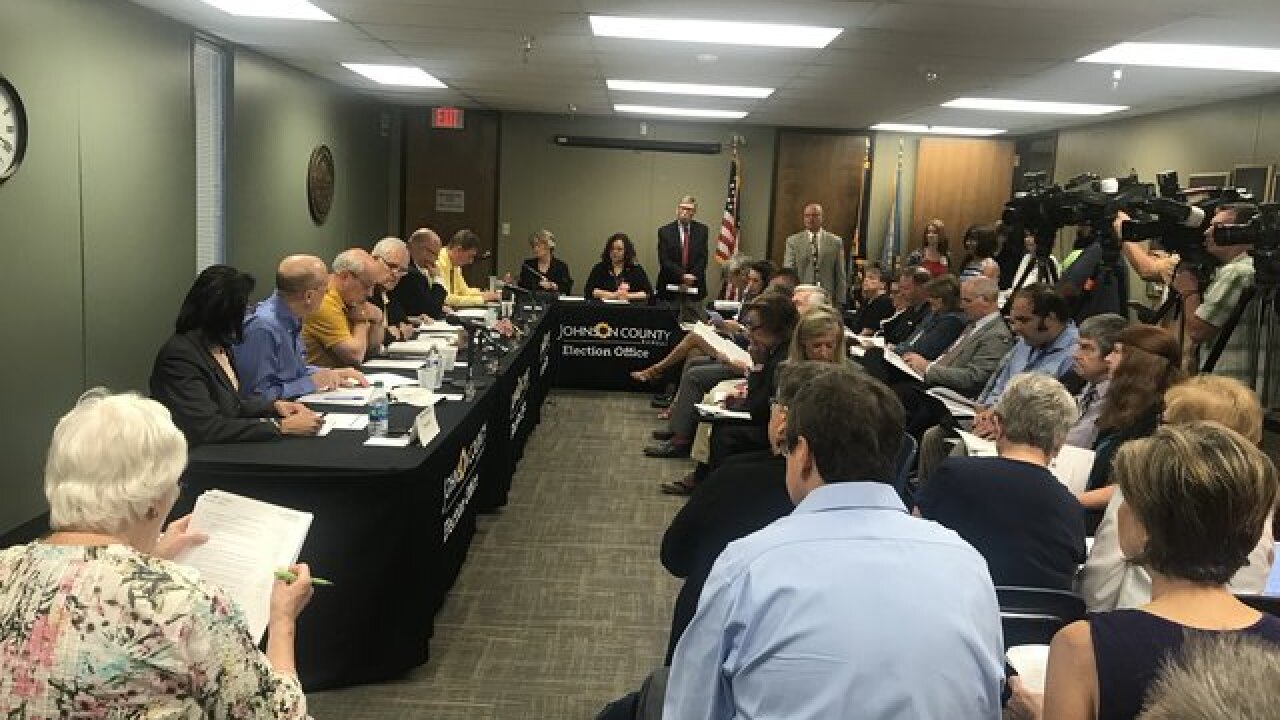 Copyright 2018 Scripps Media, Inc. All rights reserved. This material may not be published, broadcast, rewritten, or redistributed.
<p>The Johnson County Board of Canvassers met Monday, Aug. 13, 2018. Photo by Steven Dial/KSHB</p> 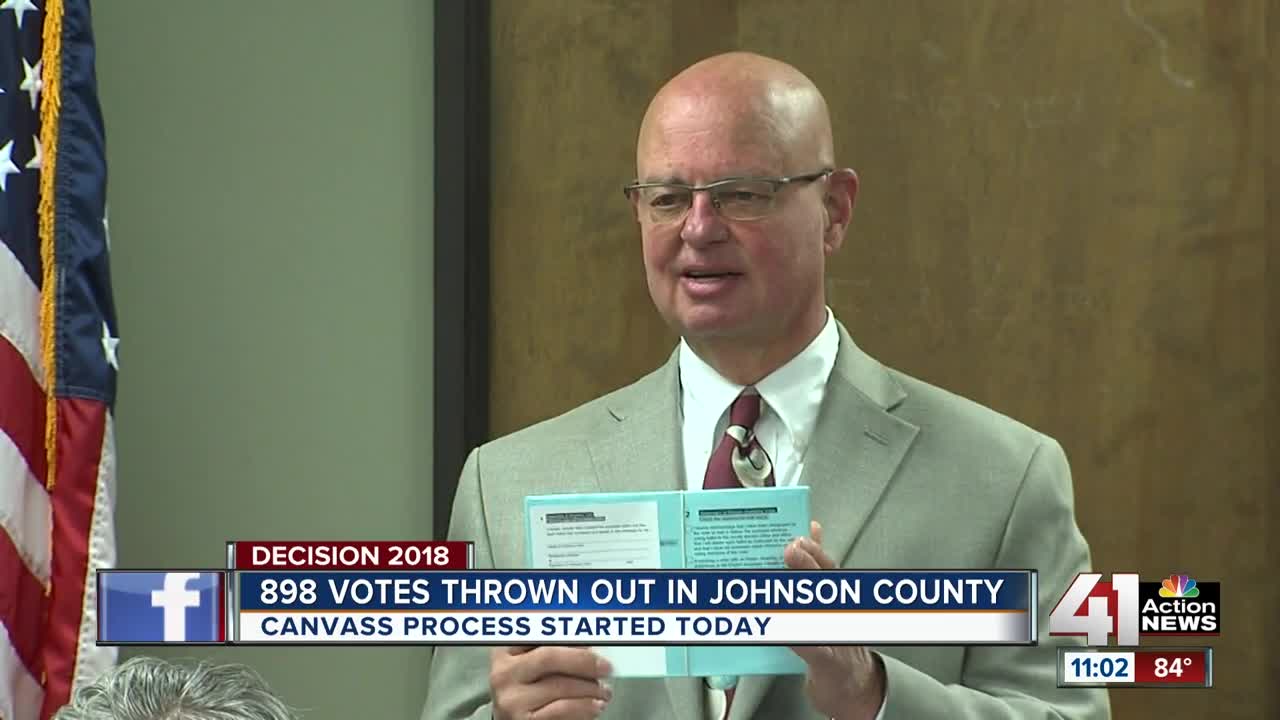 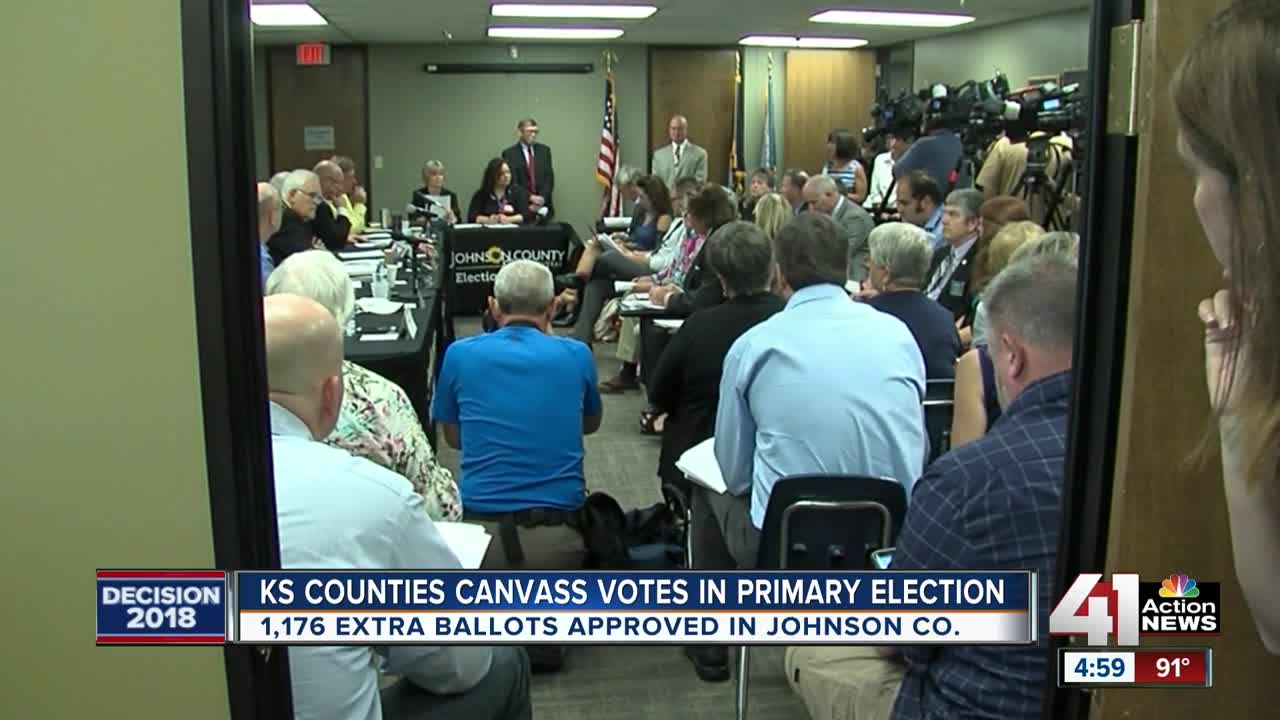 KANSAS CITY, Mo. – More than 1,000 additional ballots were approved to be counted Monday morning in Johnson County as scrutiny over the counting of provisional ballots grows.

The board decided to throw out 898 votes for a variety of reasons.

Of the votes that will not be tabulated Tuesday, 219 people weren't registered to vote. One person voted early and then died before the election, 272 people incorrectly changed party affiliation and one person was not 18 years old.

"When a voter demanded they vote for a party, with whom they are not affiliated, that vote is not permitted because you can't change party affiliation,” said Johnson County Election Commissioner Ronnie Metsker.

153 voters signatures also did not match their voter record.

272 ballots recommended to NOT be counted because a voter registered with a party insisted on voting on the other party’s ballot. Voters can’t change parties after June 1. #JoCoCanvass pic.twitter.com/rYQhjCyRHm

The board did however, approve the counting of 1,176 additional votes. They’re expected to announce the outcome of that count by 4 p.m. Tuesday.

Six days after the primary the Republicans still don't have a candidate in the race for Kansas governor.

“We are following the same procedures. This is just more intense. The stakes are higher. We have sought to make that not change how we do the process,” said Metsker.

In the room during the canvassing were representatives from the Kobach and Colyer team.

The chair of the board said they know a recount could happen.

“All the election officials received the Attorney General advisory to maintain all material involved, in case there were questions asked,” said Chairman Ed Eilert.

The final Johnson County results will be released Tuesday at 4 p.m.