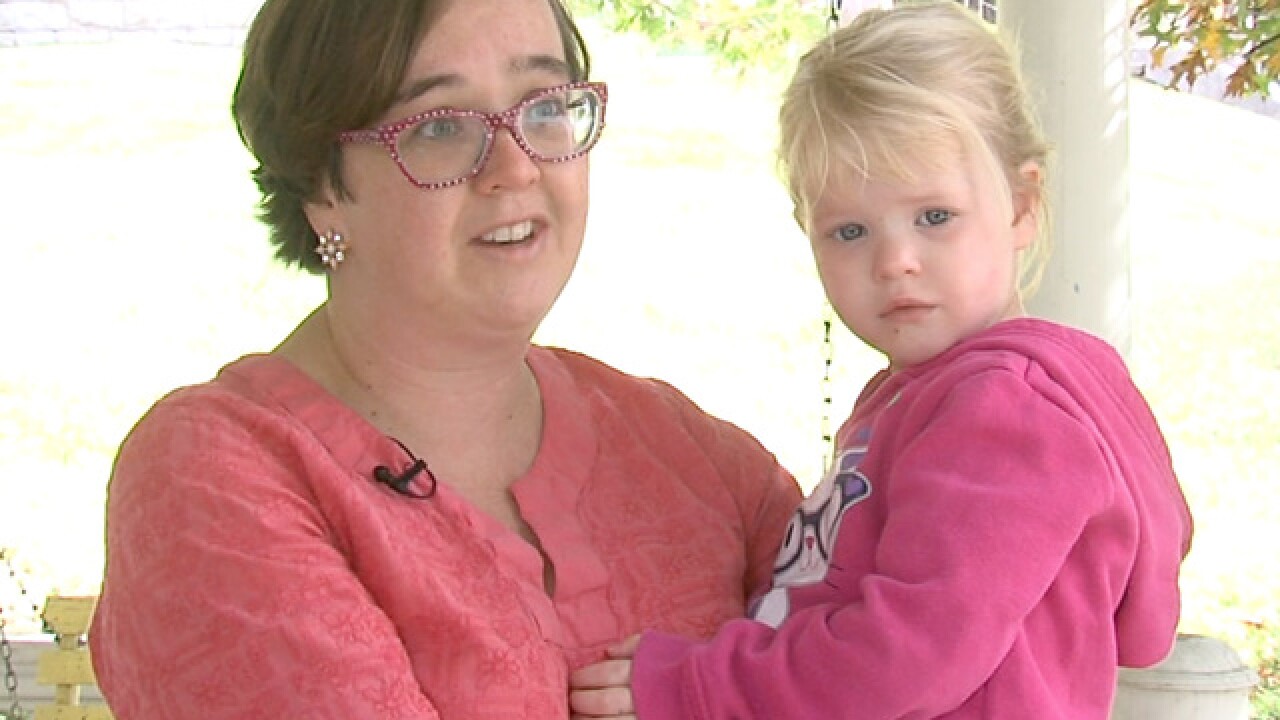 <p>Tamara Ockree said she was about to take her kids to school when she noticed the thick fog outside her home. She spoke with 41 Action News about the chemical leak in Atchison, Kansas. </p> "I had to put my shirt over my face to try and breathe. It instantly took our breath away," Chuck Reiff said.

Reiff said he was right in the thick of the chemical cloud when the news broke. There was a chemical leak after two chemicals were inadvertently mixed in the wrong holding tank at MGP Ingredients Inc.

“We were standing out here, it was pretty hazy at first and then the clouds started coming over," he said. “It was dark. You couldn’t probably see 10 feet in front of you, that’s how bad it was...made your eyes burn, your throat burn.”

For Tamara Ockree, a mother of two young daughters, she said she was on the way to take her kids to school. But she noticed the fog was so thick outside of her home and decided to stay put.

“They don’t really know what was going on because I didn’t want them to get worried. But always nervous about if there’s any sort of after effect or anything like that," Ockree said. "Even though they’ve given the all clear, you’re still kind of like, is it really okay?”

Lisa Brookover is the Trinity Lutheran School Principal and when she got the news, she said school doors were closed and students stayed inside until they were given the all clear.

"Downstairs I had kindergarten, and I just noticed that we had a heavier smell down there so we brought our kindergartners up and they stayed in the library here on this floor," Brookover said. "And I just texted our parents, put something out on Facebook, just to let them know that we were doing everything we could to make sure our kids were safe.”

Both Sue Minard and Anthony Brayshaw said it was very difficult to see what was happening just a few feet away.

“We didn’t really know what to do," Minard said. "We just stayed in and it just kept getting thicker and thicker. We couldn’t hardly see up north very far either.”

"I’m looking outside and all I see is what appears to be fog - thick fog," Brayshaw said. "I didn’t pay it no mind until I got a phone call.”

Residents have been given the all clear.

Rae Daniel can be reached at Rae.Daniel@KSHB.com.