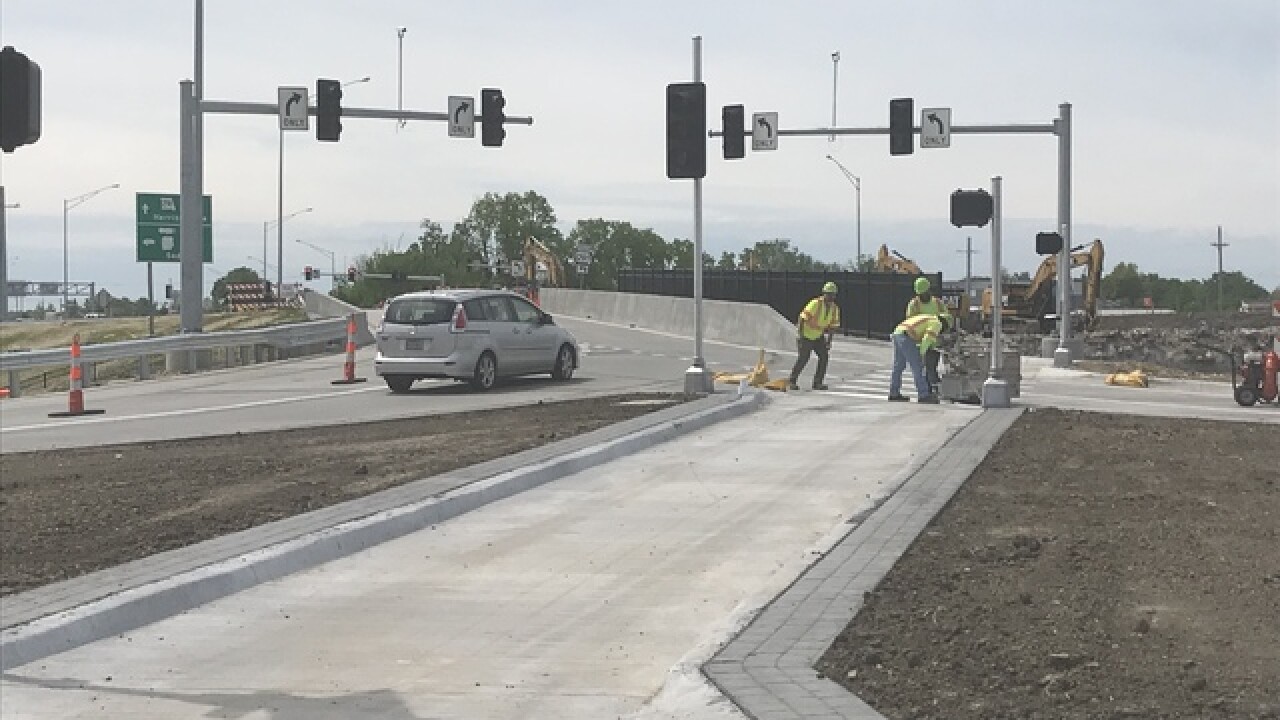 On Thursday, the Missouri Department of Transportation exclusively walked 41 Action News through the project's construction site.

It combines a diverging diamond interchange, which eliminates the need to turn left across oncoming traffic, with a roundabout.

"We definitely expect crashes to go down once the interchange is open to traffic," MoDOT Area Engineer Matt Killion said.

But like the diamonds themselves, opinions on that part of the design diverge.

"Obviously it's going to take a while for everyone to get used to it, including myself. But I think if you just follow the instructions that are presented to you on signs, you'll be fine," said Don Brooks, who drives the interchange four times a week.

Putting opinions aside, a 2015 study from the University of Missouri studied six diverging diamond interchanges, including the one at 435 and Front St. in Kansas City. Researchers found an overall 63 percent decrease in fatal and injury crashes.

That was shocking to diamond naysayer Ford.

"If you're a new person coming through that area, I'm surprised there hasn't been more accidents," he said.

Considering roundabouts and diverging diamonds are already used across the state, MoDOT's Killion said they weren't worried about driver confusion from the combination. In fact, another divergabout just went in at I-49 and 155th St.

For the project in Lee's Summit, MoDOT focused on signage and even created this simulator video for people nervous about the change.

"I think newer drivers may have some hesitation when they come through for the first time, but just proceed with caution, and we think you'll get through just fine," Killion said.

The City of Lee's Summit and MoDOT held a ribbon-cutting ceremony at the interchange Friday morning. During brief remarks, the state's district engineer highlighted how the changes will cut down on congestion and bottlenecking on the southern exchange of the two highways. Brian Kidwell said the improvements will make walking and biking safer too.

Lee's Summit Mayor Bill Baird called the intersection one of the busiest in town. He highlighted how having an intersection that is easier to maneuver will attract business to the area.

The president of the city's Economic Development Council predicted business will follow this upgrade.

"This is where the future of Lee's Summit is, in my opinion," said Rick McDowell. "This is where our growth is going to be: 50 Highway and  291 going forward. It's going to be industrial, commercial, and we're going to see retail options come our way."