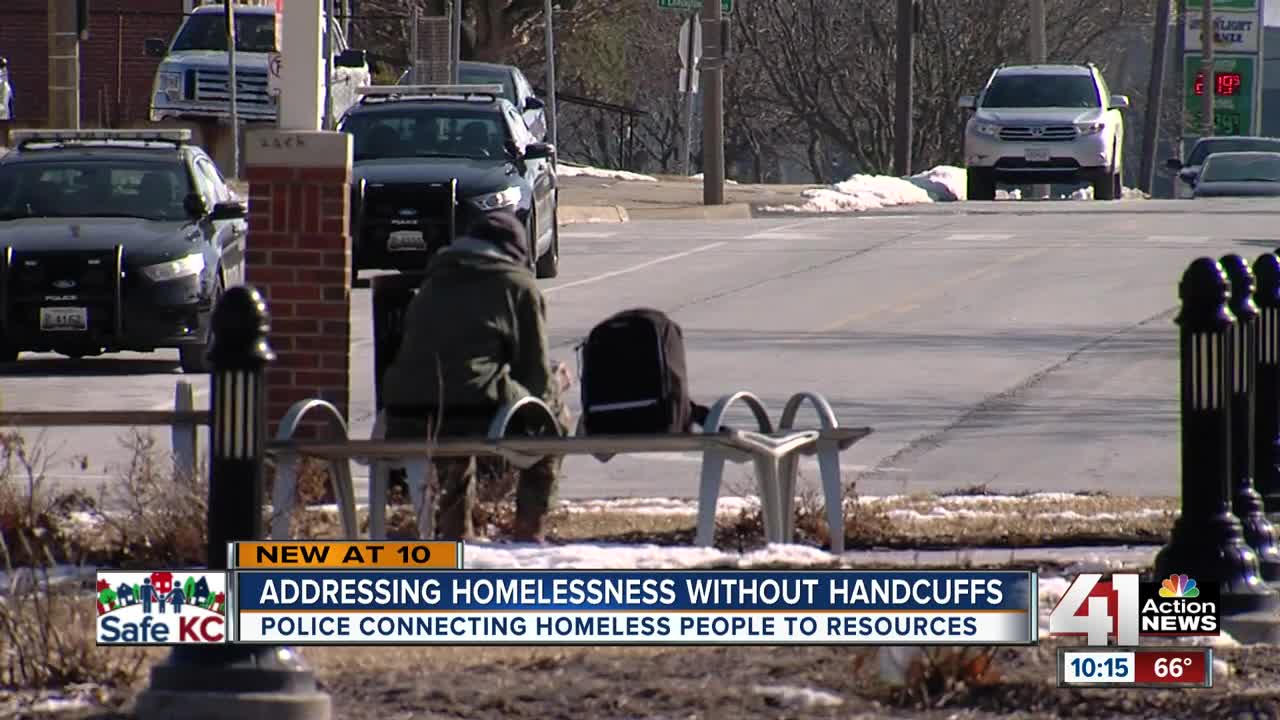 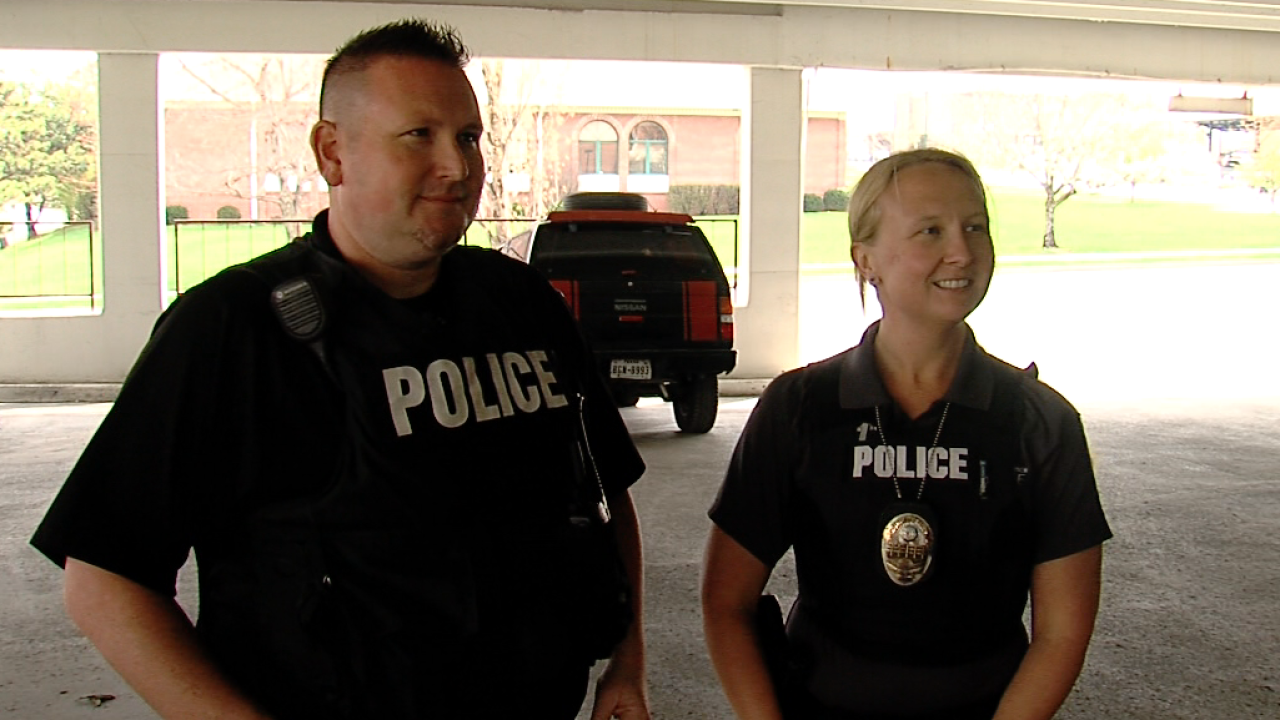 INDEPENDENCE, Mo. — Usually, a police officer is not a welcome sight to a homeless person. But two Independence, Missouri, police officers are working to change that.

Officer Jodi Grooms first met Mike when he was asleep in his car, staying in his Nissan Pathfinder in a parking lot next to the police station.

She and her colleague, Officer Matt McLaughlin, worked to find Mike some help.

“People typically associate homelessness with criminality and things of that nature. And that does happen,” McLaughlin said. “But a lot of these folks are just down on their luck and need some assistance.”

Instead of taking an enforcement-first approach and making an arrest, Grooms and McLaughlin try to take another approach with the homeless.

“Getting them shelter. Getting them resources,” Grooms said. “Helping them get their IDs, birth certificates, so they can get a job. Because it’s almost impossible to get a job without your ID. (It) really affects the whole community.”

This type of approach also frees up patrol officers in Independence to respond to more immediate crimes and situations, the officers said.

Recently, 41 Action News went with Grooms and McLaughlin to homeless camps set up on private property. The officers had the option to arrest the violators and charge them with trespassing. Instead, they gave the homeless information about housing and jobs.

If they return to the site and those people are still in violation, then the officers will likely make an arrest, they said. But both of them say they prefer an approach that centers on empathy over enforcement.

Because of that approach, Mike is no longer living out of his SUV. On the day he saw his new apartment, he said he “enjoyed every minute.”

The Independence Police Department has partnered with the local community, mental health organizations and the Veterans Affairs Office for assistance. If you’d like to help, police say they are always in need of toiletry bags, bottled water or any nonperishable food items.