More than 100 people treated after chemical leak in Atchison, Kansas 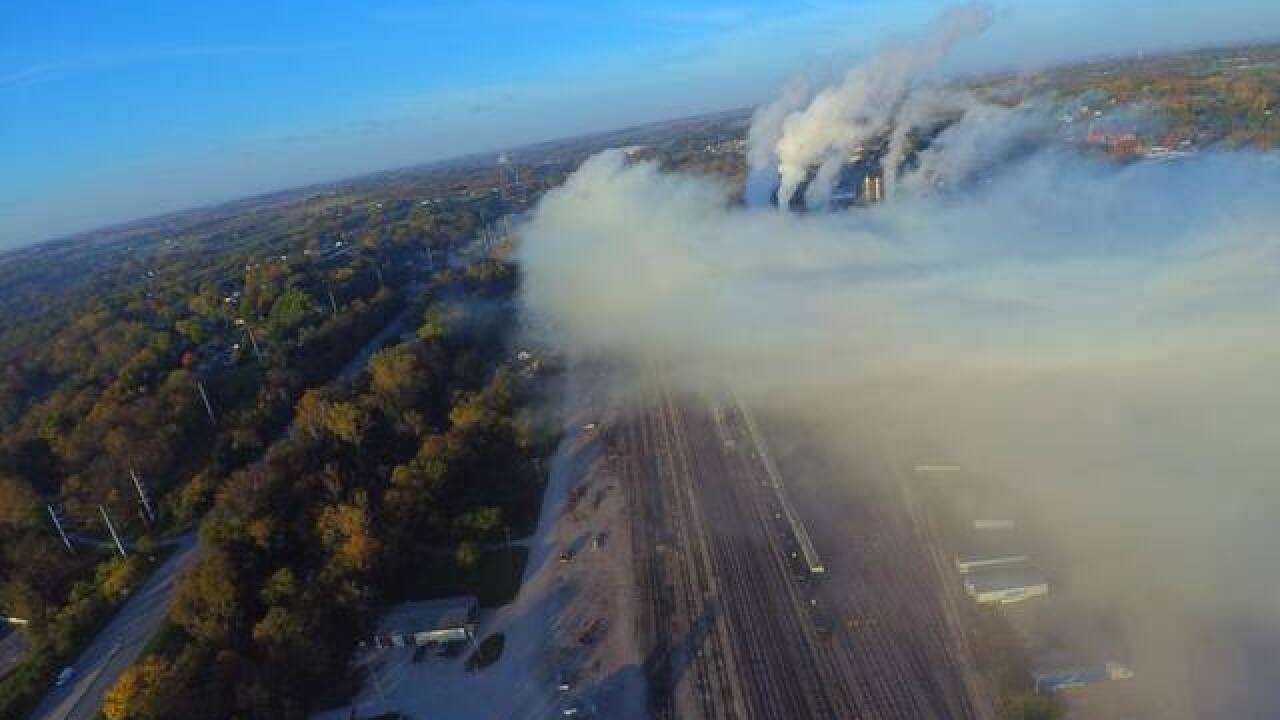 Emergency management said 102 people have been treated after a major chemical spill at MGP Ingredients Inc. in Atchison, Kansas.

According to the Atchison City Manager's Office, sodium hydrochlorite, also known as sodium hypochlorite, and sulfuric acid were inadvertently mixed together in the wrong holding tank Friday morning, which caused a reaction.

The chemical release occurred at 8 a.m. Friday. As of 11 a.m., based on observations by local officials, the emissions had dispersed, according to a news release from MGP.

MGP Ingredients said in a news release it has reported the event to the EPA and Kansas and local authorities, and it "is cooperating fully to investigate and ensure that all appropriate response actions are taken."

MGP has also asked outside experts to assist the investigation and response.

The impact of the chemical plume on Atchison, Kansas

Three patients were admitted to the Atchison Hospital. One is in the ICU in stable condition.

Most patients have been treated, observed and released.

One patient was transferred to Mosaic Life Care in St. Joseph for heart problems relating to the chemical spill.

The Atchison Hospital said if you have a headache, sore throat or a mild cough to take a shower, stay in cool air and take Benadryl. If you are wheezing or have an excessive cough, please go to the emergency room.

The city said the air is now safe to breathe.

Around 11,000 Atchison residents were urged to take shelter inside for nearly two hours.

41 Action News spoke to Dr. Bill Barkman, a pulmonologist at the University of Kansas Medical Hospital, about the chemical spill. Watch the interview in the video player below.

What happens when sodium hydrochlorite and sulfuric acid mix?

When mixed together, the two chemicals create a very toxic chlorine gas.

According to the CDC, it is very unstable and can react with a variety of different chemicals and water when released into the environment.

Chlorine is also broken down by sunlight, which could explain why the gas reportedly dispersed later in the day.

Exposure to the gas could result in nose, throat, and eye irritation. At high levels, it could change your breathing rate, induce coughing, and potentially damage lungs.

Atchison County officials closed and evacuated the county courthouse. Classes at Benedictine College were canceled for the day.

Massive clouds of gas appeared throughout the city for nearly 90 minutes.

Facebook issued a safety check for those affected by the chemical plume.

Some roads were closed for almost an hour, but traffic has reopened.

Mosaic Life Care in St. Joseph, Missouri and other area hospitals will be on standby if additional medical help is needed.

The National Weather Service released a map showing where the chemicals will spread through 11:30 a.m.

Dangerous chemical spill in Atchison, KS. Here is where our model projects chemicals will spread through 11:30 pic.twitter.com/i6544G3n3k

The history of MGP Ingredients Inc.

MGP experienced an explosion at the plant back in February 2016. While no one was hurt in that incident, that wasn't the case in another explosion that took place in 2002. Two construction workers were sent to the hospital with burns after alcohol vapors escaped through a manhole and burst into flames.

MGP processes wheat flour into food ingredients, such as wheat proteins used by other manufacturers. By-products from this process are mixed with corn and made into a variety of alcohol additives used in distilled beverages, food and pharmaceuticals.

The company also makes plant-based polymers for petroleum-based plastics, such as disposable cutlery and CD cases.

MGP Ingredients is a supplier of premium spirits, including gin, bourbon and rye whiskeys.