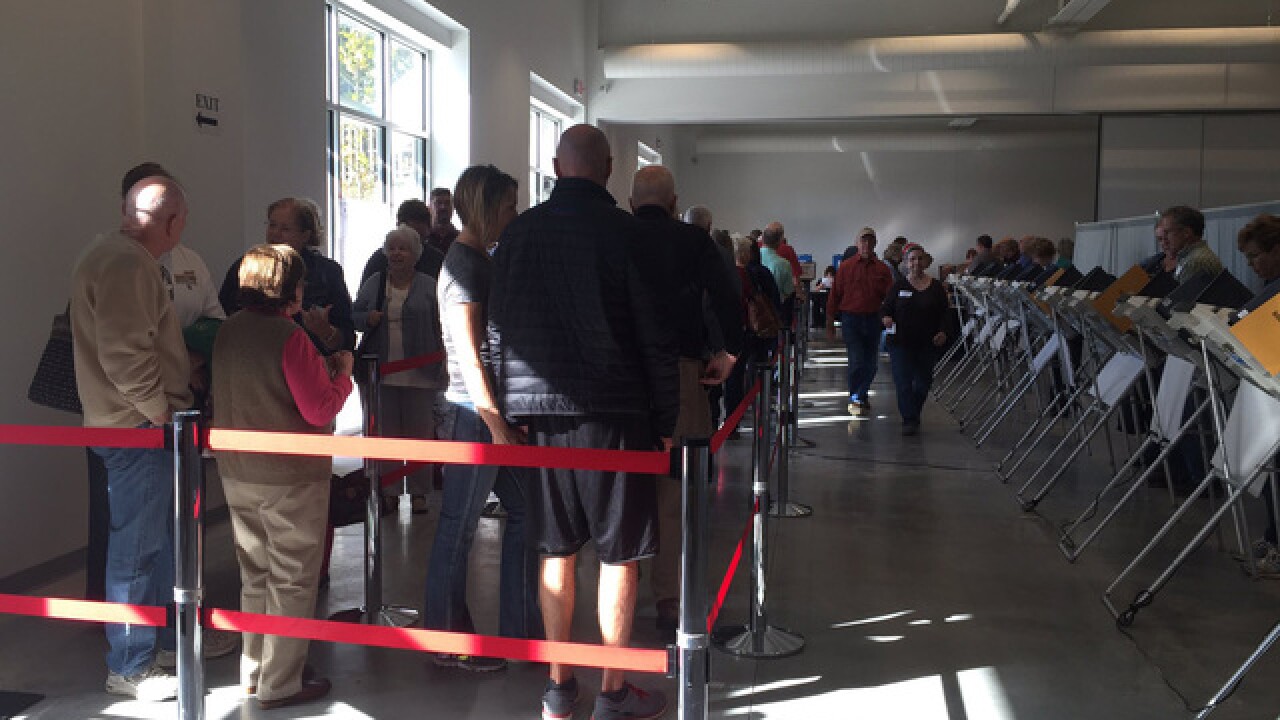 Johnson County voters will have their opportunity to place their ballots early with advanced voting starting on Monday, October 24.

How to vote early

If you want to vote early, there are several options to choose from.

Voting in person? You have to place your ballot at one of the Johnson County election office locations.

Want to mail in your ballot? Send in your application for a ballot to 2101 East Kansas City Road, Olathe, Kansas, by 5 p.m. on November 4.

You can get an application online, at the election office or library. Just make sure to return your ballot by 7 p.m. on Election Day.

If you forget to mail in your advance ballot, you can just vote at a polling place on Election Day.

Ronnie Metsker, the election commissioner in Johnson County, said all the advanced voting locations opened a little early on Monday.

At the 6000 Lamar location, people were lined up outside the door. By 11 a.m. at the Johnson County Heritage Center, there was a 15-20 minute wait.

Voters still told 41 Action News they thought it was an efficient process.

Metsker also told us this is the first presidential election where they use an iPad to check people in.

"It helps us to be able to be more accurate in our recordkeeping of who votes, and we hope we can serve more people in a better way," explained Metsker.

He said they are the 19th county to switch this check-in process.

Johnson County saw record-breaking numbers on Monday. We won't know how Wyandotte County did until the end of the day on Tuesday, but around 77,659 people have already registered to vote.

The Kansas Secretary of State's office said the lower numbers are due to people moving out of the county. Wyandotte is not a growing county, voting-wise.

Those who came out on the first day say it's important to vote early.

"You gotta make sure your voice gets heard because if it doesn't, you don't have anything to complain about," resident David Smith said.

"I've been voting since I was 21. You had to be 21 when I first voted. Something might happen, I might break my leg, won't be able to make it Election Day. Want to make sure I cast my vote," Kaminski said.

Sarah Plake can be reached at  Sarah.Plake@KSHB.com