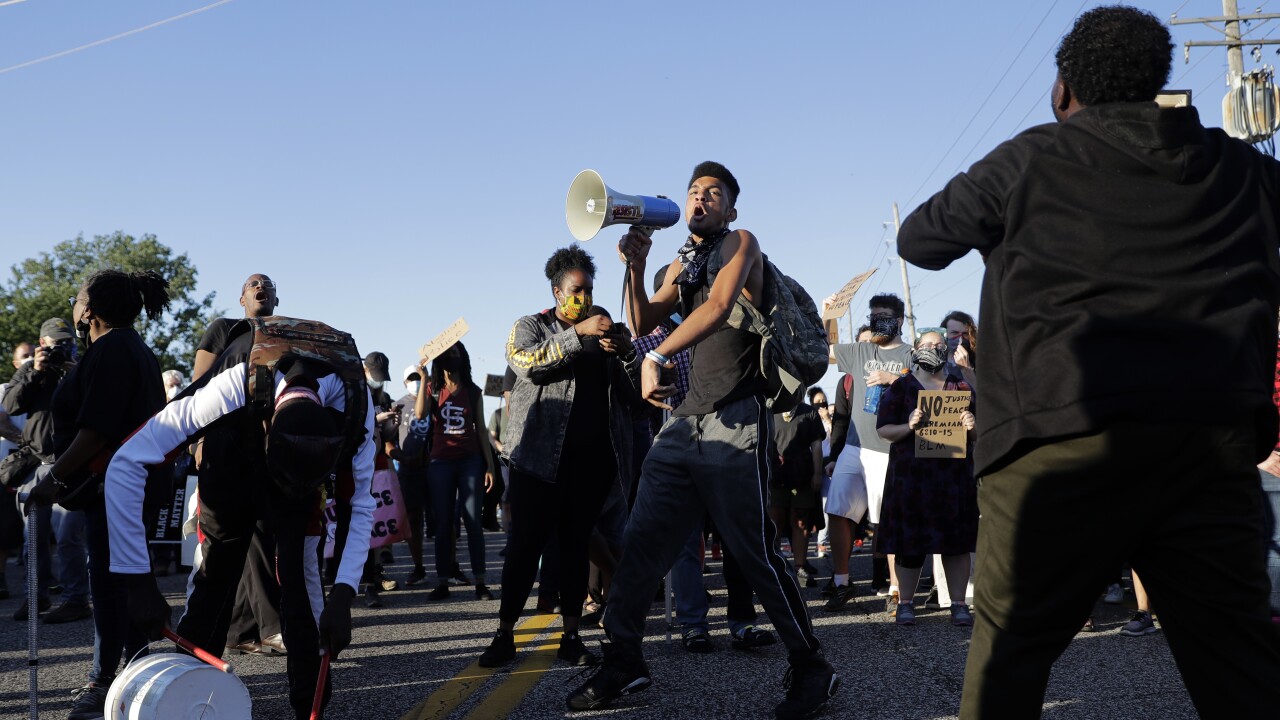 (Copyright 2020 The Associated Press. All rights reserved. This material may not be published, broadcast, rewritten or redistributed.)
Jeff Roberson/AP
Protesters block a street outside the police station Wednesday, June 10, 2020, in Florissant, Mo. Demonstrators were calling attention to a video that appears to show a Florissant police detective, who has since been fired, striking a man with his police car during a recent pursuit. (AP Photo/Jeff Roberson)

The St. Louis Post-Dispatch reports that the arrests came Sunday night after multiple warnings during a protest in Florissant, Missouri.

The police department in the north St. Louis County town has been the site of several protests since a white detective’s SUV struck a Black suspect on June 2, injuring the man.

The detective, Joshua Smith, was fired and was charged last week with assault and armed criminal action.