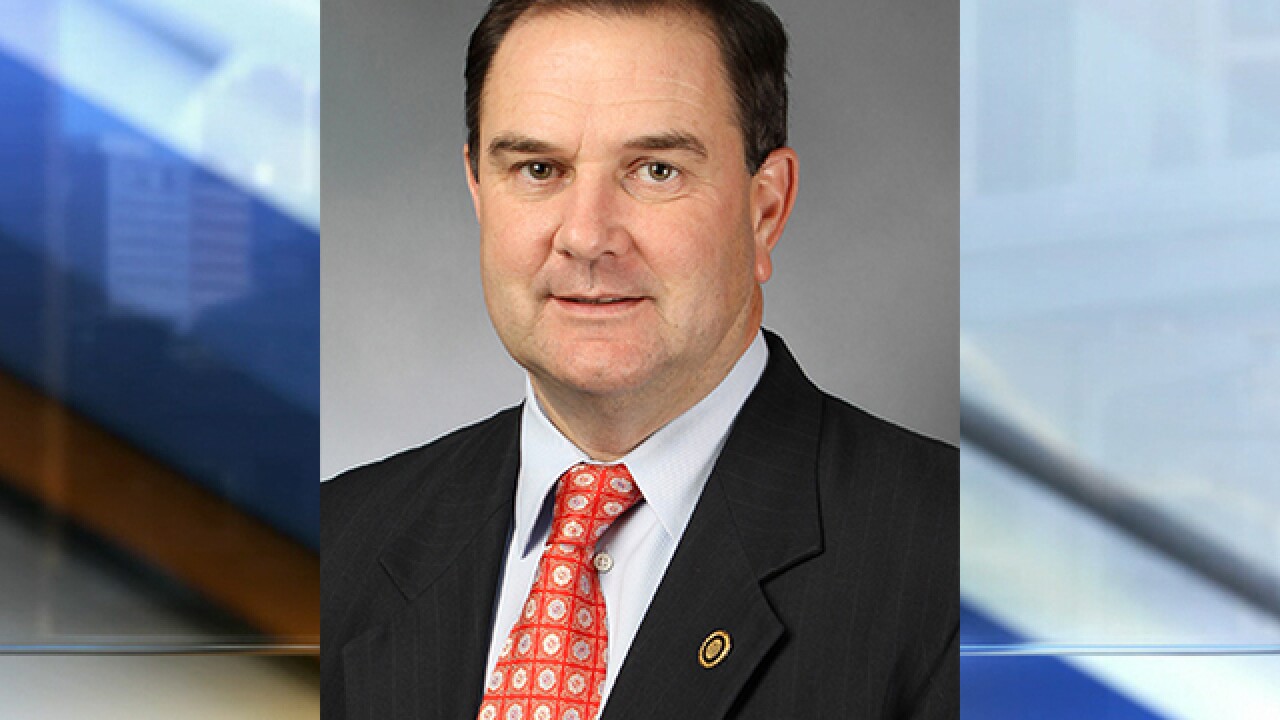 JEFFERSON CITY, Mo. (AP) — Missouri Gov. Mike Parson appointed state Senate Majority Floor Leader Mike Kehoe to be the new lieutenant governor on Monday, despite some legal uncertainty about whether he has the authority to fill the position.

Missouri's constitution isn't clear on whether a governor has the authority to appoint a lieutenant governor, which is the state's second-ranking executive position. Historically, some governors have claimed the right to do so, but legislators have argued that the position must be filled by voters, since the governor and lieutenant governor are elected separately.

The lieutenant governor's office has been vacant since June 1, when former Gov. Eric Greitens resigned and Parson ascended to the top spot.

Both Parson and Kehoe are Republicans.

Speaking in his office, the governor said the move was both legal and necessary for the health of the state.

"You're going to see the lieutenant governor's office become much busier of a role," Parson said. He added that he hoped Kehoe would be able to focus on infrastructure, workforce development, and government efficiency.

Kehoe was sworn in shortly after the announcement.

Joe Bednar, a Democrat who served as legal counsel for three governors, and Lowell Pearson, a Republican and former chief counsel to Gov. Matt Blunt, also told The Associated Press that they believed the appointment was legal.

The fact that state law concerning appointments excluded the office of lieutenant governor didn't mean that one couldn't be appointed, each argued. It just meant there was no special process to follow, and since the constitution noted that the state "shall" have a lieutenant governor Parson was obligated to fill the vacancy.

"It just simply is not clear enough to remove the constitutional appointment power that the governor has, in my judgment," Pearson said about state law.

Bednar said: "The constitution always trumps state statute. ... I feel like it's straight-forward."

That was the same advice Bednar gave almost 20 years ago when he was chief legal counsel for former Democratic Gov. Mel Carnahan, who was killed in a plane crash in October 2000 and succeeded by Lt. Gov. Roger Wilson. Bednar told Wilson that the Missouri Constitution gave him the power to appoint a replacement, and Wilson subsequently appointed Sen. Joe Maxwell to the No. 2 post.

Maxwell, however, had already been elected lieutenant governor and was simply starting his term early.

Conversely, former Senate President Pro Tem and Republican Tom Dempsey cited the same statute in 2013 when arguing against a governor's ability to appoint a lieutenant governor.

Stephen Webber, chair of the Missouri Democratic Party, said they were considering challenging the appointment in court.

"Our belief is that the voters should have a right to vote for who their lieutenant governor is," Webber said.

A legislative effort to clarify the process failed in May.

As state senators in 2013, both Parson and Kehoe voted for a bill that would have directed the governor to call a special election for a new lieutenant governor. The bill passed both chambers but was vetoed by then-Gov. Jay Nixon.

Kehoe said he was humbled by the new job.

He was first elected to the state Senate in 2010 after years as a car dealership owner. As Majority Floor Leader, he oversaw legislation that restricted unions and that Republicans said would help local businesses.

Kehoe would not be able to run for re-election in the state Senate because of term limits.

A lieutenant governor presides over the Senate and votes when there is a tie. That last happened in 2017. State law also dictates that the governor-in-waiting sit on several boards and commissions.

Associated Press writer David A. Lieb contributed to this report.