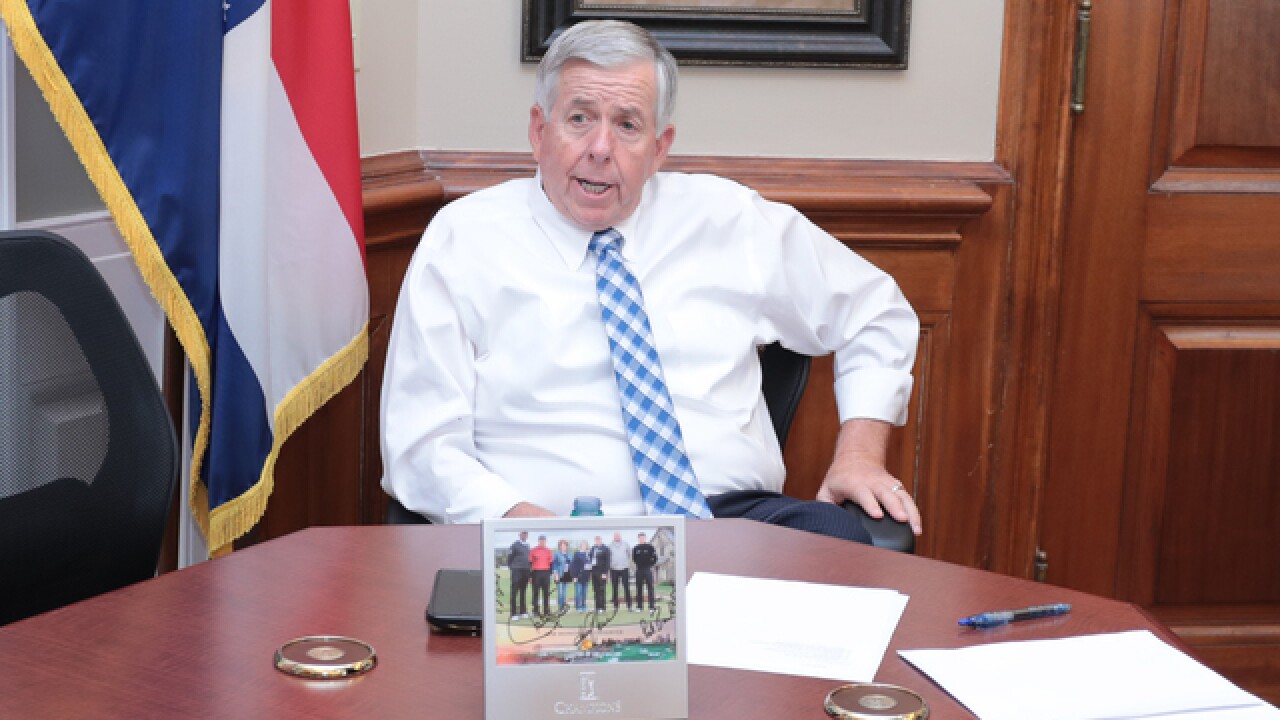 The Republican governor met Wednesday with St. Louis Mayor Lyda Krewson, doctors and other health leaders to discuss ways to combat the lingering opioid epidemic. Parson made it clear at a news conference that high on his priority list is ending Missouri's status as the only state without a prescription drug monitoring program.

Parson said he hopes to have a bill on his desk by the end of next year's legislative session.

Prescription drug monitoring programs allow doctors and pharmacists to track a patient's prescription history. The goal is to prevent "doctor shopping," where opioid abusers go from doctor to doctor to get new drugs to feed their addictions.

Krewson, a Democrat, cited the toll of opioid overdoses and deaths across St. Louis, the state and the country. She said she was "very, very excited" by Parson's support for a monitoring program.

"I think that's a big announcement today from the governor," Krewson said.

State lawmakers have tried unsuccessfully for years to adopt a program. Republican state Sen. Rob Schaaf, a St. Joseph physician, has been the leading critic of drug monitoring programs, mostly over privacy concerns. Schaaf could not seek re-election this year due to term limits.

Greitens, in 2017, created a program that allows the state to track physicians' and pharmacists' prescription habits, but critics said it failed to give doctors the tools needed to prevent over-prescribing. Unlike most states' programs, the Missouri plan does not give providers access to data to see if a patient is getting several prescriptions for opioids at the same time.

Fed up with the lack of a state program, St. Louis County started its own in April 2017. The city of St. Louis and dozens of counties across Missouri have joined that program. Around 60 percent of the state's residents live in areas covered by the program.

Overdose deaths in Missouri increased by more than 30 percent between 2015 and 2016, and the state's rate of overdose deaths is the 18th worst in the nation, according to the Centers for Disease Control and Prevention.

Republican state Rep. Holly Rehder of Sikeston pre-filed a bill Monday that would create a drug monitoring program. Her bill in this year's session passed overwhelmingly in the House but eventually died.

A phone message seeking comment from the incoming speaker of the House, Republican Elijah Haahr of Springfield, was not immediately returned. Haahr voted in favor of Rehder's legislation earlier this year.