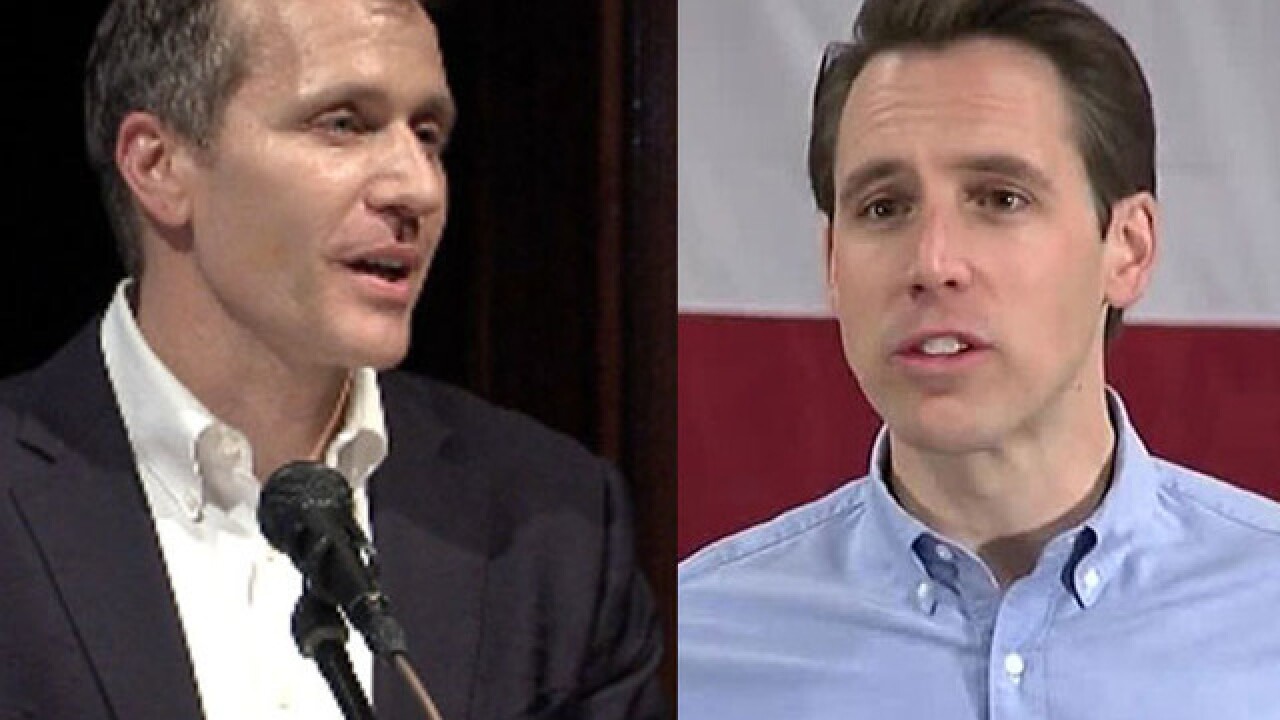 The governor filed the request in Cole County on April 16.

In the court documents, Greitens cites a FOX News interview with Hawley on March 28. During that interview, the host asked Hawley if the governor should resign.

Hawley responded, "I don't want to say anything that would compromise in anyway my investigation, which is ongoing..."

That investigation deals with the governor's alleged use of a donor list from a charity.

Then on April 11, with that investigation still ongoing, Hawley called on Greitens to resign immediately. The statement came following the release of a House report investigating other allegations against the governor.

On Tuesday, Hawley said his office uncovered criminal activity by the Greitens campaign when he used a donor list from a charity for political gain. Hawley turned over the evidence he says his office uncovered to the St. Louis Circuit Attorney. That's because Hawley's office does not have jurisdiction in the case.

Hawley says it's a "frivolous motion."

“I think anything he (Greitens) can do to hold off one of these cases is what his attorneys are trying to do,” he explained. “He’s feeling it from multiple angles right now. There’s a lot of heat on the governor.”

“You’d imagine that people who made a donation probably didn’t expect to be contacted for partisan political purposes,” he explained.

Harris added that the case brought all sorts of political impact, including for Attorney General Josh Hawley.

“Hawley wants to be seen as someone who is not partisan,” he explained.