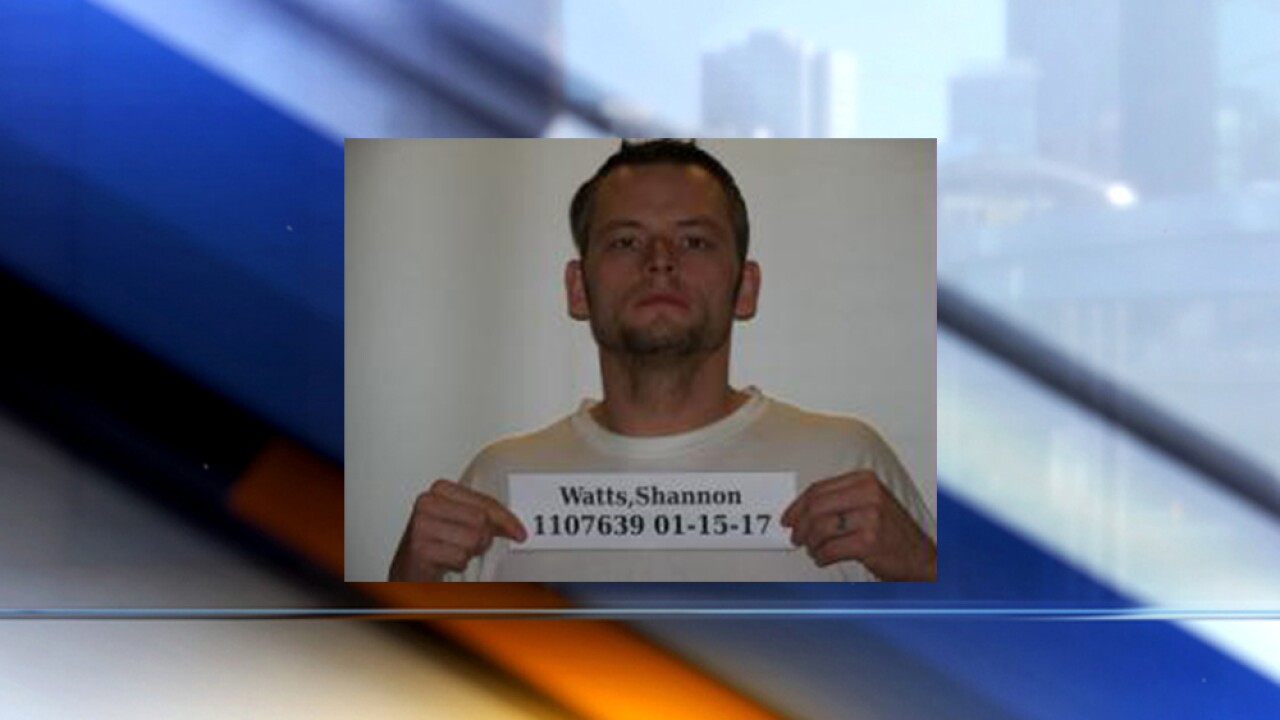 SEDALIA, Mo. (AP) — Authorities say an inmate who walked away from a work detail at the Missouri State Fair has been found unconscious.

The Missouri Department of Corrections said 34-year-old Shannon Dewayne Watts, of Springfield, was flown to a hospital for treatment late Monday after was found near a highway between Sedalia and the town of Green Ridge.

The Pettis County Sherriff's Office said a man and a woman who were with Watts were detained and later released. Authorities are investigating how Watts was injured.

Watts was part of a crew that was cleaning up after Missouri State Fair's 11-day run came to an end Sunday night. He was reported missing when he didn't return to a van that was taking inmates back to the Tipton Correctional Center. Watts was serving a 15-year sentence there for charges that included burglary and tampering with a motor vehicle.