Lock and company continue to rack up preseason football honors 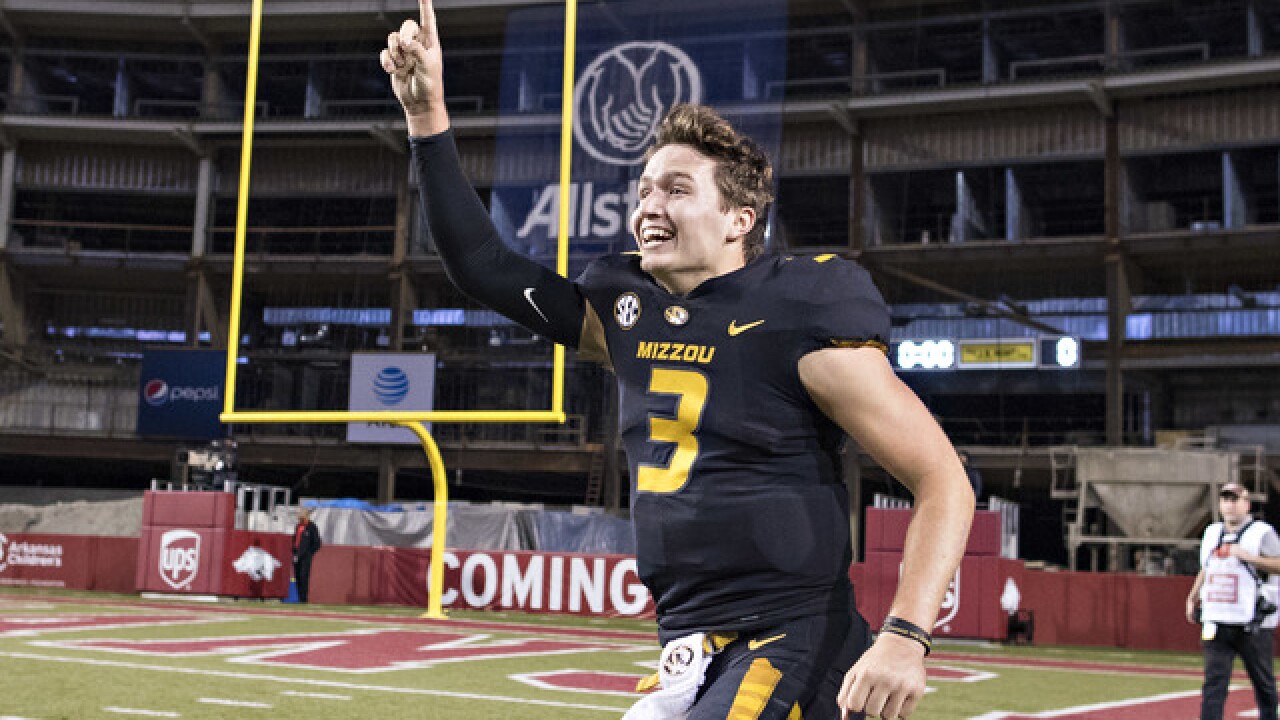 Copyright 2018 Scripps Media, Inc. All rights reserved. This material may not be published, broadcast, rewritten, or redistributed.
Wesley Hitt
<p>FAYETTEVILLE, AR - NOVEMBER 24: Drew Lock #3 of the Missouri Tigers runs around the field in celebration after a game against the Arkansas Razorbacks at Razorback Stadium on November 24, 2017 in Fayetteville, Arkansas. The Tigers defeated the Razorbacks 48-45. (Photo by Wesley Hitt/Getty Images)</p>

A game-changer against both the run and the pass, Beckner had his best season in a Mizzou uniform a year ago, starting all 13 games while posting career-high marks in tackles (38), tackles for loss (11.0), sacks (7.0) and QB hurries (five). He was the team's Interior Lineman of the Year award winner a year ago. He is a fourth team Preseason All-American and All-SEC First Team pick in the Preseason by Athlon Sports as well.

Lock led the SEC in 10 offensive categories a year ago, including passing TDs (44), yards per attempts (10.0), yards per game (304.9), total offense (313.5) and passing efficiency (169.4). He is the SEC and Mizzou single season record holder for passing TDs with 44 in 2017. He also set Mizzou’s single season passing efficiency mark a year ago at 165.67. He was the All-SEC First Team selection at quarterback by both the AP and league’s coaches.