Mizzou student whose wife is missing charged with child abuse 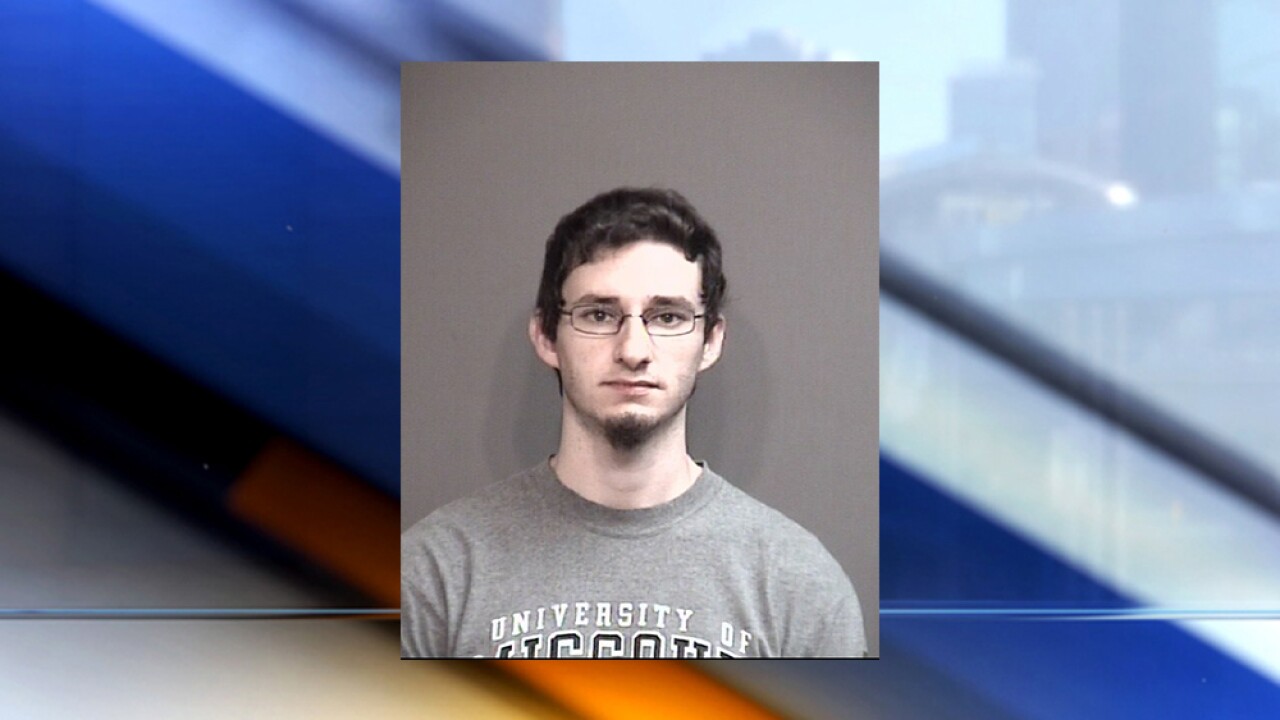 COLUMBIA, Mo. — A University of Missouri student was charged Monday with abuse or neglect of a child just days after authorities announced that foul play is suspected in the disappearance of his wife, who came to the U.S. from China to study.

Joseph Elledge, 23, is jailed on a $500,000 cash-only bond. No attorney is listed for him in online court records. Elledge is a senior mechanical engineering student.

His wife, 28-year-old Menqi Ji Elledge, a graduate of the school, has been missing for more than two weeks. Columbia police spokesman Steven Sapp said the couple has a 1-year-old daughter who is in the care of a relative.

In the probable cause statement supporting the charges, detectives were advised that Elledge abused the toddler by striking her on the buttocks hard enough to cause severe bruising in February.

The girl's mother, who is identified only as M.E. in the document, had wanted to contact police but gave Elledge another chance after he promised he would never do it again. She sent another person a picture of the bruising, however, and officers examining the mother's iPad located pictures and videos of the bruising. It appeared from the thumbnail format of the images that someone had erased the full-sized photos, and the affidavit noted Joseph Elledge had access to the iPad for about a week before officers obtained it.

The probable cause affidavit also noted he did not report his wife missing for about 36 hours. During that time, he took a long drive through unfamiliar remote areas of mid-Missouri, according to the affidavit.

Joseph Elledge hasn't been charged in her disappearance, but police announced Friday that the investigation has led detectives to suspect foul play. No details were released about what led to that determination. However, Sapp said police learned the couple had been having problems when Joseph Elledge divulged that during an on-camera interview with KRCG-TV.

In the interview, Elledge described his wife as a doting mother but said "we were growing kind of distant in the past few months." He said they had gone to Carthage, another Missouri town, for an internship over the summer and that he wasn't sure how she liked the small-town life. He added: "I know she was talking to somebody else on the side. I didn't know that until she had left."

Elledge said that when he awoke on the morning of Oct. 9, his wife was gone. He said he waited until 5:45 p.m. that day to report her missing because he thought she might have been running errands. Her phone, iPad, passport and clothes were left behind, but not her purse.

"I don't know where she could have gone," Elledge told KRCG. "I know she was supposed to meet somebody in the morning. I didn't know who else she was going to meet or what else she was going to do. It was really weird that she didn't take her phone or anything else like that."
Elledge told the station he thought she would return, adding "I think she is confused and scared."

University of Missouri spokesman Christian Basi said Menqi Elledge was awarded a master's degree in mechanical and aerospace engineering in December 2014. She previously attended the East China University of Science and Technology in Shanghai. Basi said the university is aware of the missing-person case and its police department is ready to assist, if necessary.

Sapp said her family has traveled to Columbia and plans to stay there until there "some type of resolution."

"I think we are leaving all the options open and following up on every lead that presents itself," Sapp said.