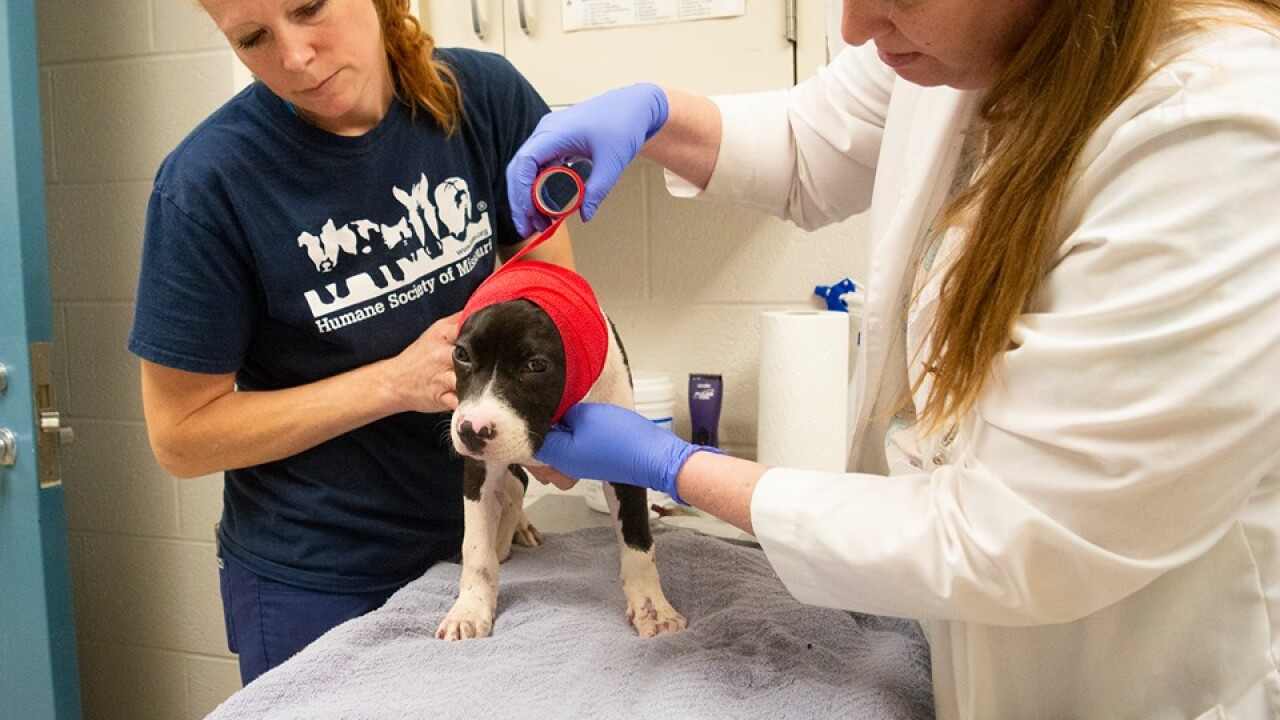 KANSAS CITY, Mo. — The Humane Society of Missouri is offering a $2,500 reward for information on the “horrific” mutilation of a 3-month-old pit bull puppy in St. Louis County.

The puppy, which shelter staff named Gloria, was brought to the Humane Society of Missouri’s headquarters in St. Louis on Monday after a passerby saw the puppy tossed out of a car and bleeding on the road near Riverview, Missouri.

The puppy’s ears had jagged, bleeding wounds, the result of a “cruel, amateur attempt” to crop the dog’s ears, the Humane Society said in a news release.

Though Gloria’s injuries were considered severe, she is expected to make a full recovery and will be available for adoption soon at the St. Louis shelter.

“There is absolutely no justification for this type of horrific abuse of a defenseless animal,” Humane Society of Missouri President Kathy Warnick said in the release. “We will do everything in our power to find and hold responsible the person who did this atrocious act.”

Anyone with information about the abuse should call the Humane Society of Missouri Animal Cruelty Hotline at 314-647-4400. Calls can be made anonymously.