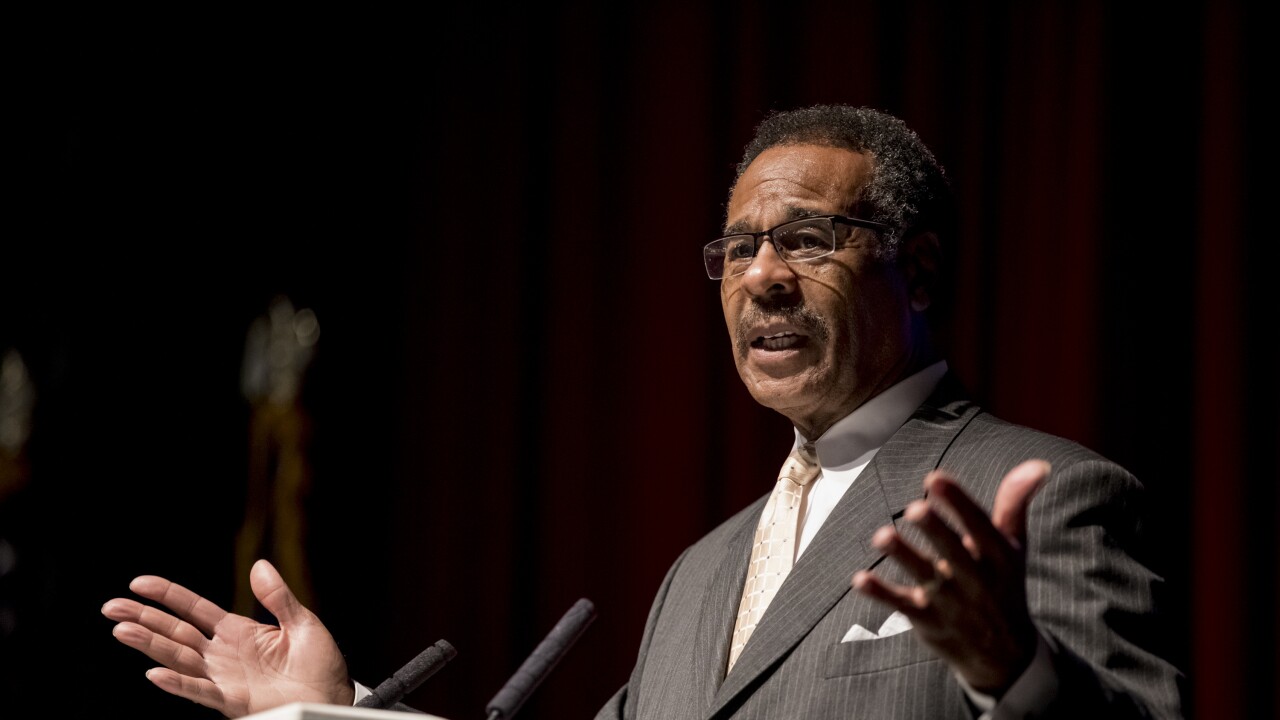 Joe Biden sought to demonstrate a broad appeal to Democrats on Thursday with new endorsements from leading African American lawmakers and a former governor of a pivotal swing state.

The backing from Reps. G.K. Butterfield of North Carolina, Emanuel Cleaver of Missouri and Charlie Crist of Florida reflects Biden's play both for the party establishment and for minority voters who are critical in the early stages of the primary. Butterfield and Cleaver are former chairmen of the Congressional Black Caucus, and Crist was the governor of Florida before he entered Congress.

The moves are the latest example of Biden's durability as an early Democratic front-runner. So far, he's successfully threaded different wings of the party despite skepticism from progressives and questions about whether, at 76, he's too old for the presidency.

The endorsements may do little to help Biden win over younger voters who are most skeptical of his establishment, more centrist credentials. But the support of Butterfield and Cleaver in particular is a potential blow to Sen. Kamala Harris of California, one of two black major Democratic candidates along with Sen. Cory Booker of New Jersey.

Harris still leads Biden in total Congressional Black Caucus endorsements, but she's struggled to establish herself as a top-tier candidate alongside Biden and Sens. Elizabeth Warren of Massachusetts and Bernie Sanders of Vermont.

In separate interviews with The Associated Press, the congressional trio offered similar reasoning for backing Biden, saying the white former vice president represents the ideological center of the Democratic Party and can appeal to the widest range of voters in a potential general election matchup with President Donald Trump.

"He can connect with the average American — black, white or brown," said Butterfield, arguing that Sanders and Warren could threaten Democrats' prospects to defeat an unpopular Republican incumbent. "Warren and Sanders cannot win North Carolina," Butterfield said, because their policies veer too far left. "I have great respect for both of them, but they cannot win North Carolina. Joe Biden can."

Cleaver said he "struggled" with the decision, alluding to Booker and Harris when he said that "there are others that I'm closer to" than Biden. "I have nothing negative to say about them at all. I hugged both of them Saturday night" at the CBC gala, Cleaver said of the two black senators.

But he praised the former vice president's experience and said he gives Democrats a chance even in states Missouri that moved decidedly to Trump in 2016.

"I told him, 'If you are the nominee, you have to campaign everywhere; you cannot surrender any geography to Mr. Trump," Cleaver said, recalling a recent conversation he had with Biden. "He assured me he will not do that."

"Biden has a balanced platform that will not add an overwhelming amount of debt," Butterfield said. "He's not irresponsible in terms of making promises that take so much money."

Crist, who is white, focused less on policy but said Biden offers a moral alternative to Trump and can best serve a fractured electorate. A former Republican, Crist served as Florida's GOP governor before switching parties. "I've known Joe Biden for a long time," Crist said, describing Biden as "an empathetic figure" with a "keen intellect and a deep soul."

Cleaver, 74, and Butterfield, 72, said they've each heard criticisms from some younger black leaders and activists who question the complexities of Biden's record and his understanding of racial politics in 2019.

"A lot of the young people don't remember how supportive he's been on civil rights," Cleaver said. "He was strong on it back in the days when you could lose an election talking about civil rights."

Butterfield said he'd ask Biden's younger critics "to be patient and do their research and see that Joe Biden has been directly involved with the positive gains that we have experienced in the African American community ... for the last 40 years."

Cleaver recalled being mayor of Kansas City in the 1990s when Biden helped steer a crime bill that critics now partially blame for mass incarceration, even as it also included federal money for more police officers and a ban on some military-style guns.

"I supported the crime bill," Cleaver said. "We had the Crips and the Bloods, a Jamaican gang ... crack cocaine had exploded."

Echoing a point Biden has made on the campaign trail, Cleaver said most of the Congressional Black Caucus supported the bill, along with nearly all black mayors from large cities, despite the bill's sentencing measures that are now so heavily criticized. "Ministers, politicians, mayors, city council members were all screaming, 'Let's do something!'" Cleaver said.

"Millennials don't remember that history. ... Joe Biden — and I've told his people this — should not apologize for that."