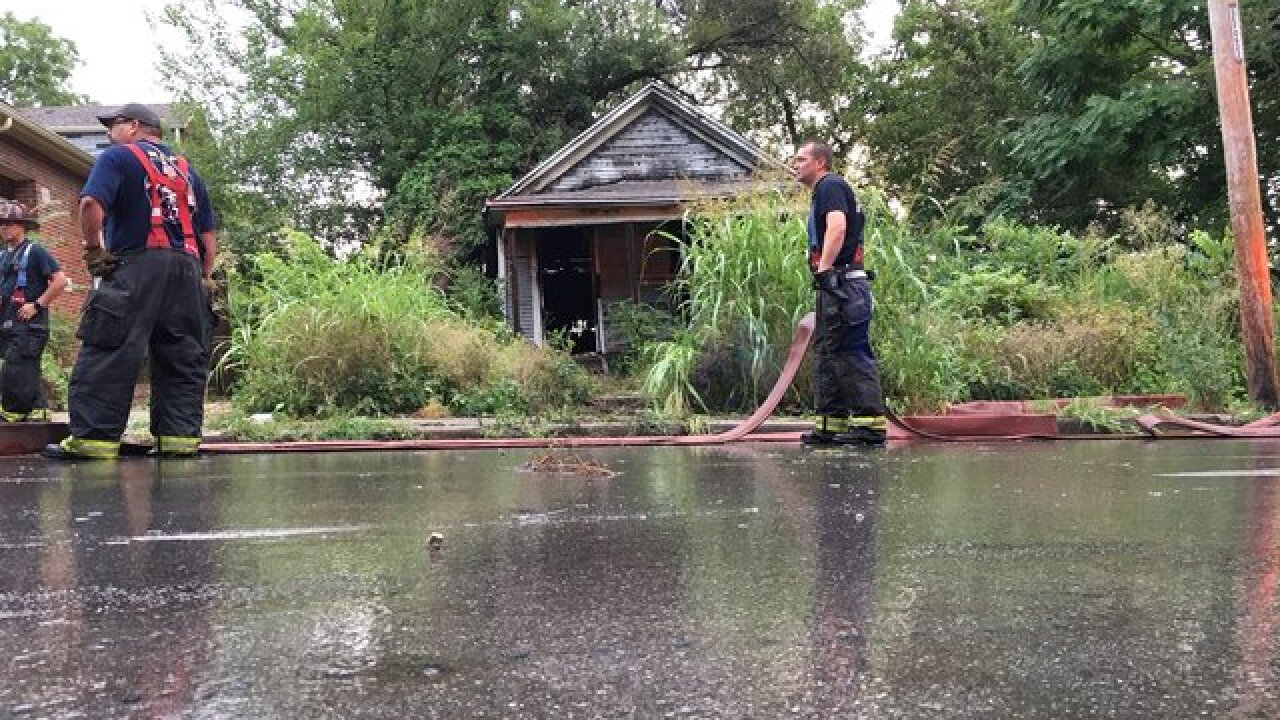 Copyright 2018 Scripps Media, Inc. All rights reserved. This material may not be published, broadcast, rewritten, or redistributed.
Rae Daniel 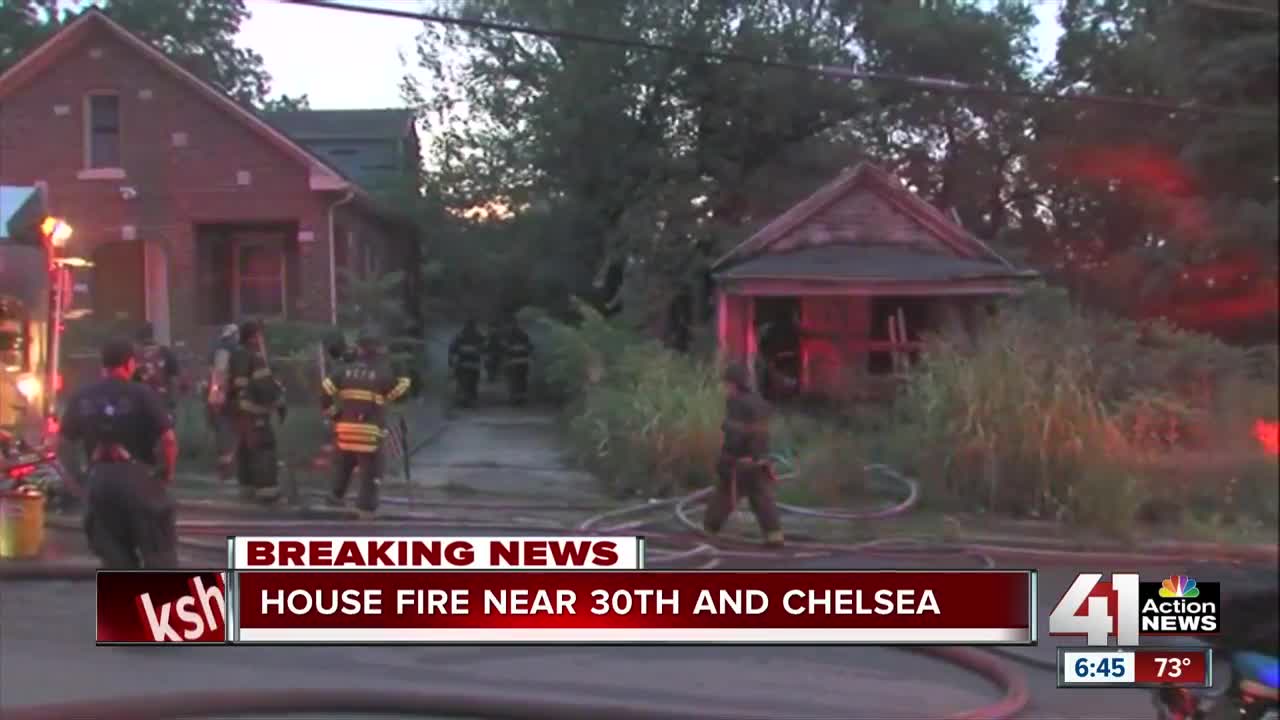 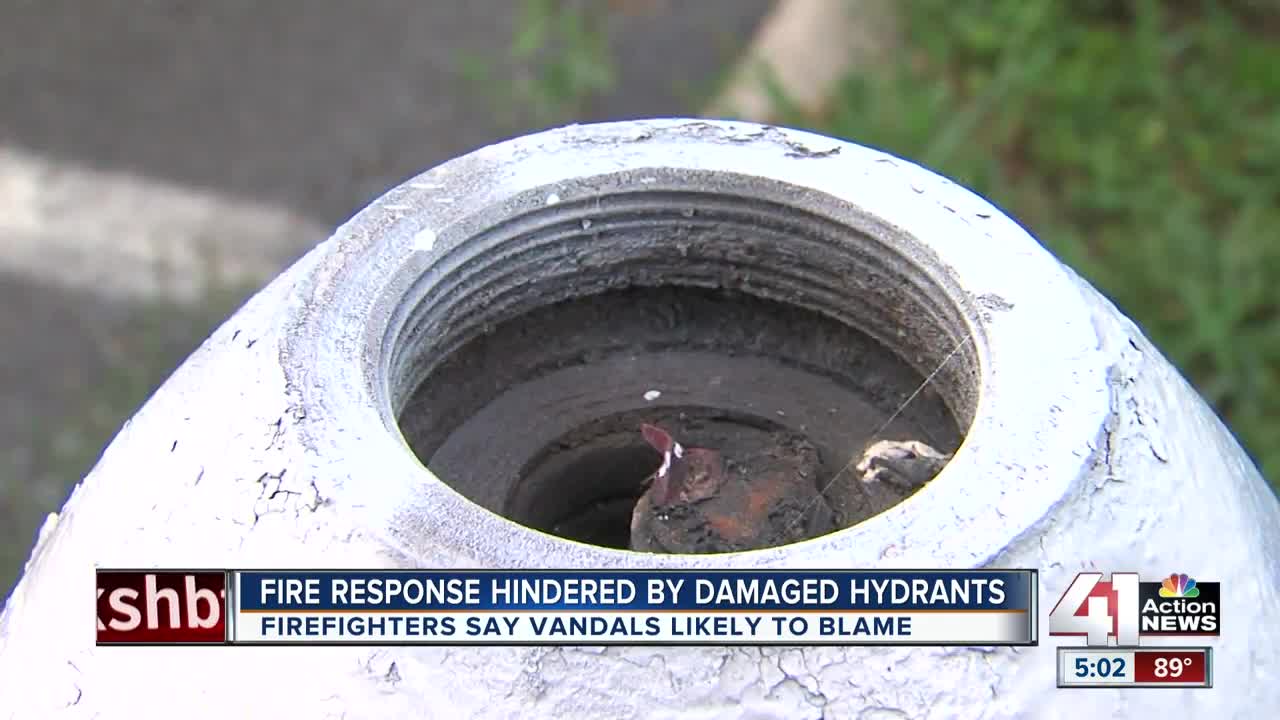 KANSAS CITY, Mo. – A fire burned through an empty house near 30th and Chelsea Avenue Thursday morning but crews weren’t able to use the fire hydrants because someone vandalized them.

Three fire hydrants along the street were missing pieces causing firefighters to change their tactics in combating the fire.

. @KCMOFireDept not only had to battle a fully involved house fire on Chelsea this AM, but also faced vandalized hydrants @RAEtheReporter is at the scene pic.twitter.com/NhNYChmhJz

“It’s real dangerous,” said Leo Swopes watching from next door. “And then they had to wait like about 10 minutes before they could start putting the fire out because none of the fire hydrants would work.”

One of the hydrants was still completely smashed apart and water was still streaming out of it. It’s a problem Swopes has seen for at least the past month, “I think it’s sort of sad because those hydrants have been out for about as long as I’ve been out here which is about four weeks.”

According to KCFD Deputy Chief Jimmy Walker, they checked these hydrants on May 17 of this year and they were working. Of the 25,000 fire hydrants in the city, about 3 percent are not in working order.

What’s left of the back of this home near 30th and Chelsea due to an early morning fire @41actionnews pic.twitter.com/bzrL1TgNnI

If you see a broken or vandalized hydrant you are urged to call the 311 hotline and someone will get it fixed.