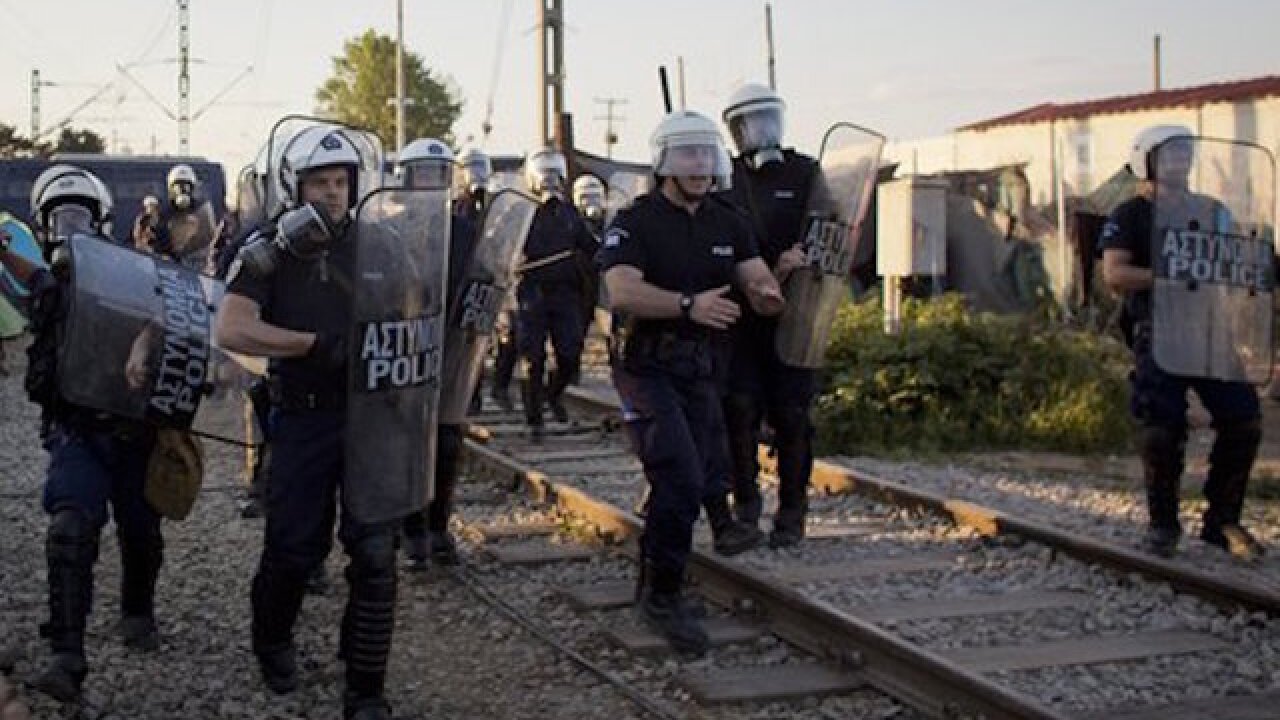 Darko Bandic
<p>Greek police move toward a group of migrants throwing rocks, at the Macedonian border, in Idomeni, Greece, Wednesday, May 18, 2016. Thousands of stranded refugees and migrants have camped in Idomeni for months after the border was closed. (AP Photo/Darko Bandic)</p>

Greek riot police have fired tear gas and stun grenades at refugees and other migrants who tried to push a railway carriage through a police cordon during a protest at a crowded informal camp on the border with Macedonia.

Police say about 200 people were involved in Wednesday's violence, and the migrants also attacked officers with stones. There were no immediate reports of injuries or arrests.

The sprawling Idomeni camp is home to about 10,000 people trapped in Greece after a series of border closures further north on the Balkan migration route to Europe's prosperous heartland.

Camp residents have for weeks blocked a freight railway line that enters Macedonia at the spot. Officials said protesters pushed an empty carriage at police stationed on the line just before the Macedonian border fence.