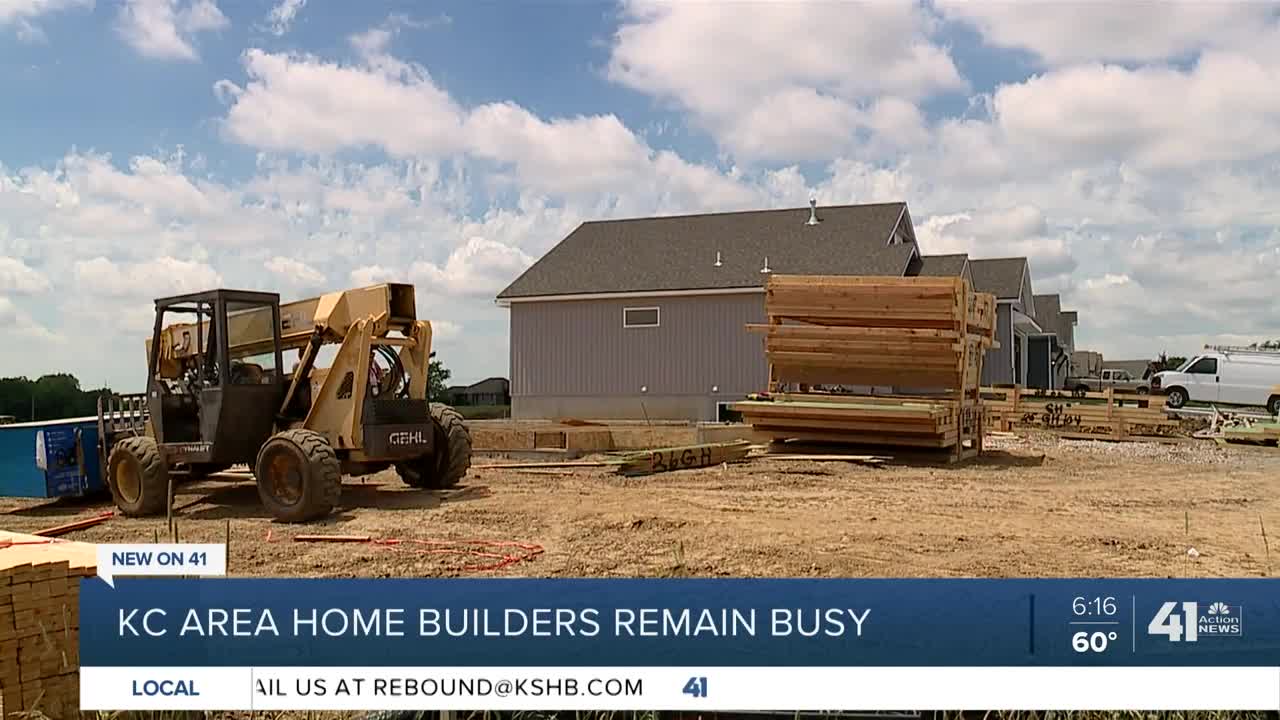 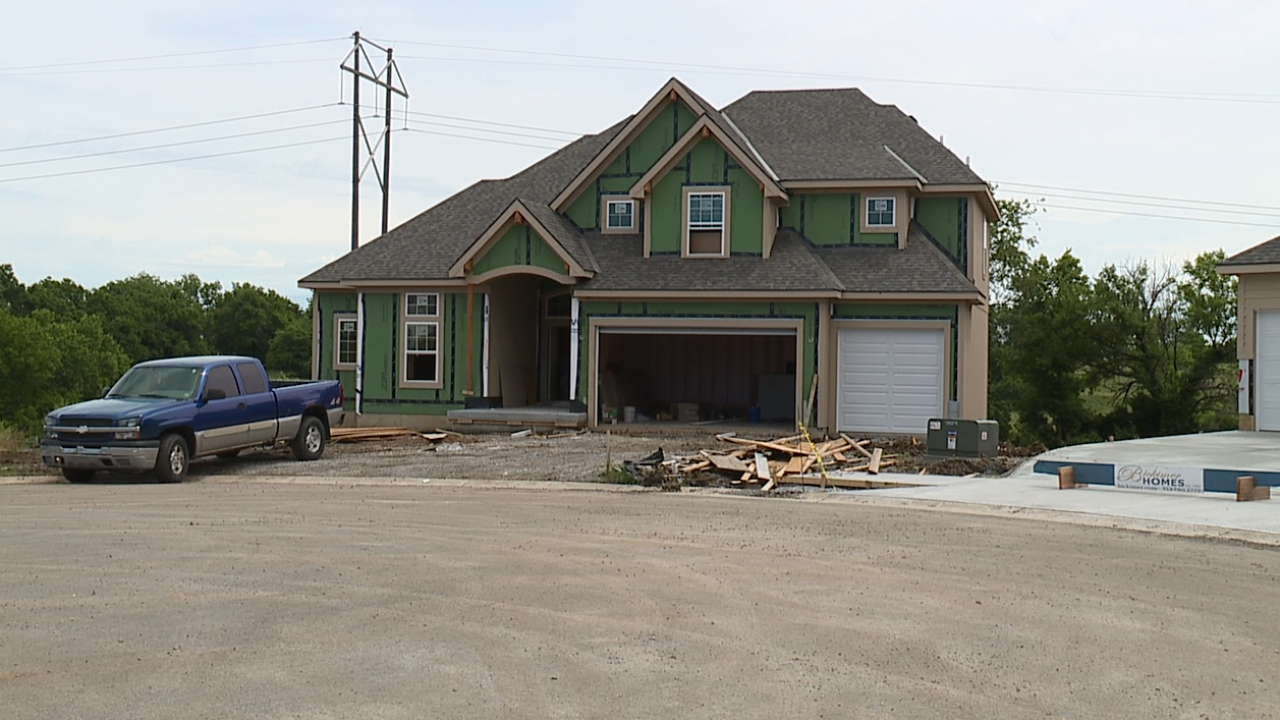 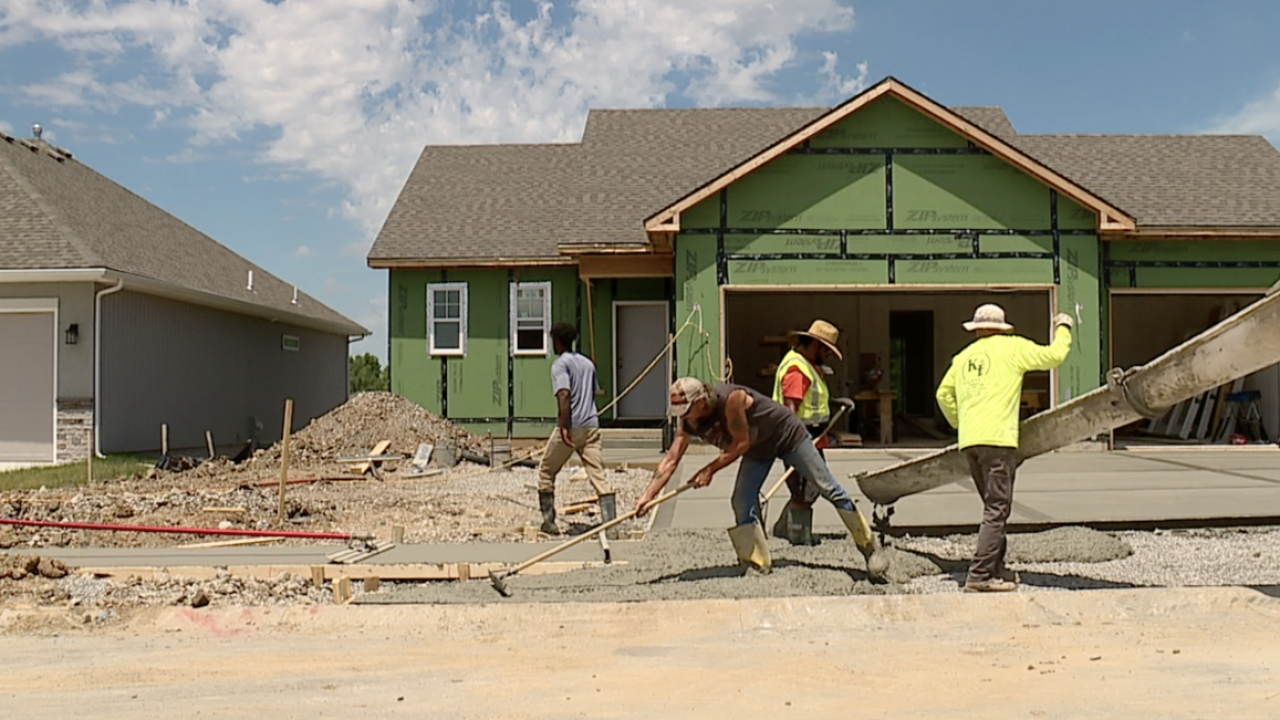 KANSAS CITY, Mo. — The COVID-19 pandemic ushered in double-digit unemployment numbers and led home builders in the Kansas City area to brace for the worst, fearing their industry would be among the collateral damage.

"Right when it first started, there was some uncertainty out there," Tommy Bickimer, president of Bickimer Homes, said. "We had two families that decided to back out of their contracts, and we understood."

Bickimer prepared for a rough patch in his business, but so far he's found just the opposite.

"We've matched out sales year over year," Bickimer said. "Traffic remains high. We're still writing contracts and building job meetings. If future me would have told me this two months ago, I would not have believed myself."

Other builders have found themselves similarly surprised.

"The initial first week or two we had one contract that canceled, and really since then it has been probably some of the best sales we've had in five, six, seven years," Shawn Woods, president of Ashlar Homes, said.

The Home Builders Association of Greater Kansas City keeps track of residential building permits. According to its data, the number of single-family permits from January to April 2020 is up 38% compared to 2019.

There are several explanations, starting with low inventory.

"When we had stay-at-home orders, a lot of people started taking their resale homes off the market, because they didn't want people coming through their home," Woods said.

Meanwhile, with so much time spent at home during the pandemic, some homeowners are fixated on flaws.

"People just living at home said, 'Maybe I need a new kitchen, maybe I need a new office,'" Bickimer said, "They've realized things about their home they don't really like, and so they're talking to us about upgrading to a new home."