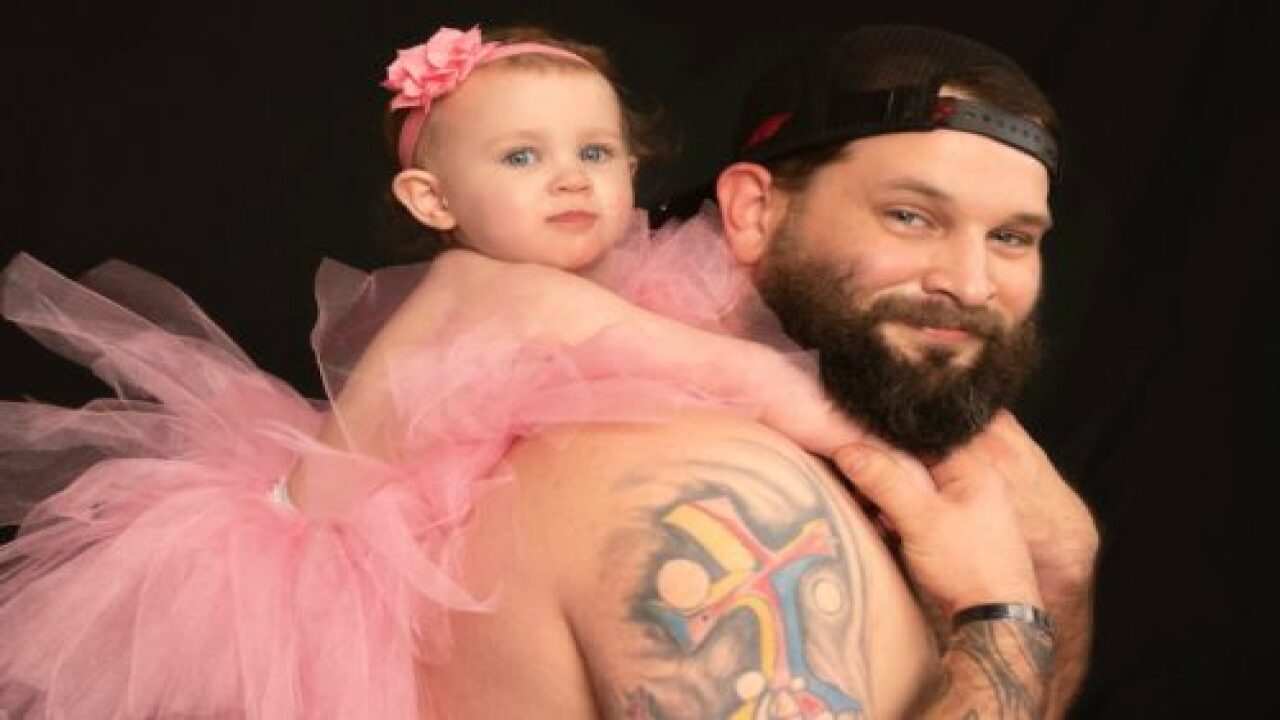 Whoever says pink is for girls needs to check out a family photoshoot that’s going viral — not just for being super-cute but because dad Casey Fields is rocking a pink tutu, just like his baby daughter, Lyla.

Fields, a single father from Texas, told Insider he hopes the pictures, taken by photographer Jenn Floyd, will show fellow dads that “it’s okay for a manly-man to put on a tutu and play with his daughter.”

You can’t beat a dad-daughter photoshoot — and this one is sweeter than most.

Fields, who agreed to the shoot after a friend tagged him on one of Floyd’s model calls on Facebook, said he was nervous initially, but soon got into the zone.

“I just put on a tutu and started interacting with Lyla and kind of forgot I was wearing it at all,” he told Insider. “She is my world, she was just having a blast like normal.”

During the shoot, Fields and Lyla colored together and ate cookies.

The doting dad even painted her tiny toenails.

Fields’ favorite photo from the shoot shows him holding Lyla in the air as she grabs his face.

Floyd shared the adorable photos on Facebook, writing in the caption that she “can’t get over how perfect these turned out.” She also praised Fields for showing “his most manly side — the side that isn’t afraid to do whatever it takes to make memories with his daughter.”

To date, the images have been shared more than 53,000 times.

“It blew up within two days,” Fields told “Good Morning America.” “I’ll do anything for my daughter. It’s crazy how fast she has grown. She’s just a funny child and I love her to death.”