Alex Gordon era in Kansas City comes to a close 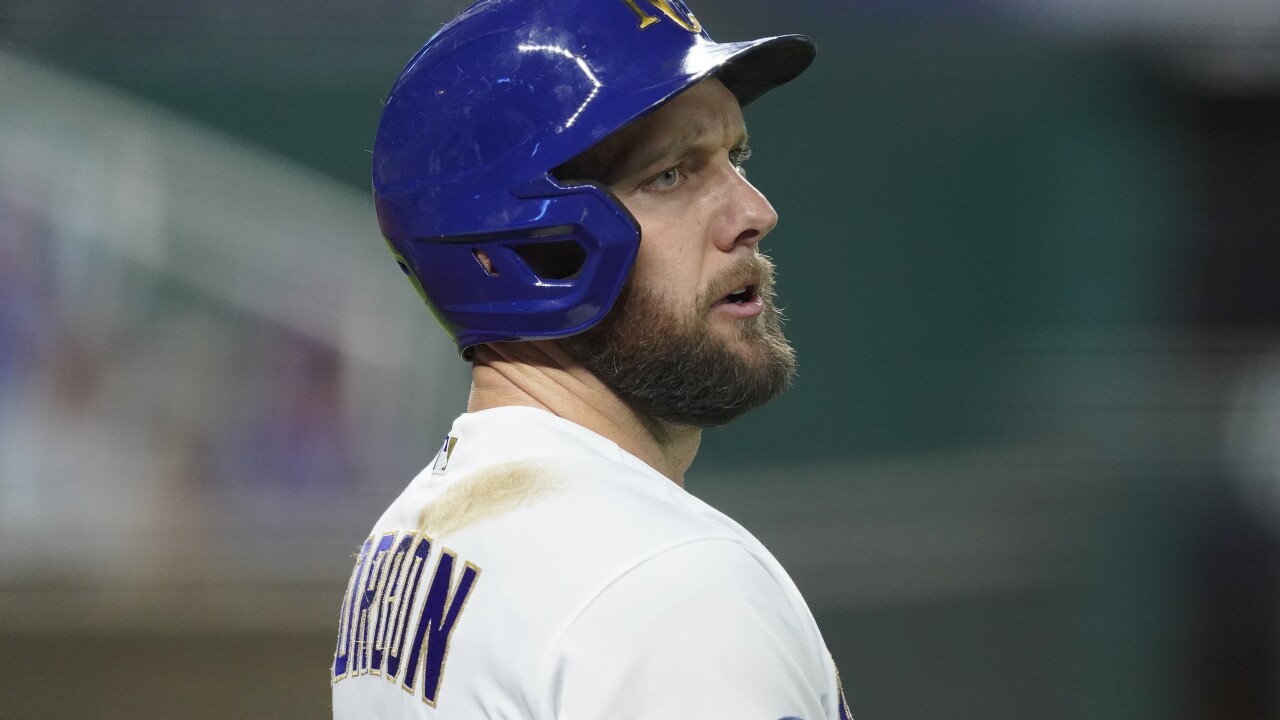 KANSAS CITY, Mo. — Sunday was not only the end of the Kansas City Royals' 60-game, regular-season sprint, but the end of an era at Kauffman Stadium, as Alex Gordon’s final game with the Royals ended in a win.

The left fielder announced his retirement Thursday after 14 years with the Club. The Gold Glove winner chose to end his career with the same club it all began with in 2007.

The All-Star had considered retirement last season, when longtime manager Ned Yost decided to step away. Instead, Gordon returned on a one-year deal -- worth $4 million -- under new Manager Mike Matheny in order to finish another year alongside his teammates.

#Royals Alex Gordon says, "The best thing about all of this, are the relationships you get in the Clubhouse."

The former Nebraska cornhusker was the No. 2 overall draft pick for the Royals in 2005. Since then, the outfielder has racked up numerous accolades. The three-time All-Star has won seven Gold Gloves. He also helped lead the Royals to their 2015 World Series win, coming up big with the game-tying home run in the ninth inning during Game 1.

#Royals Alex Gordon said he has no regrets...

"I'm happy my career went the way it did, I've been blessed to be in this position."#4EverRoyal

The 36-year-old ended his final season with 190 career home runs and 1,643 hits running in from left field ahead of the second inning. His final at bat, a strike out... fitting if you ask Gordo.

#Royals Alex Gordon said he told everyone, no matter where the first pitch was, he was swinging...

"I said it's fitting I entered the league with a strike out and finished with one..."#4EverRoyal

Matheny pulled the left fielder ahead of the second inning, saying only out of fear of the weather coming along and taking away from honoring the vet. Matheny also worried Gordon might swing too hard and hurt himself. The first-year Royal's manager didn't want to send Gordo off with an anticlimactic leave.

Royals Manager Mike Matheny joked that Gordon was mad he pulled him out so early...said he wanted a full 9 today.#4EverRoyal

On the way into the dugout, Gordo hugged his teammates while receiving a standing ovation from both the Royals dugout and the Tigers. The only thing missing Sunday were the fans, but at least the All-Star had his family in attendance. A special time to share with his loved ones.

#Royals Alex Gordon says his family has been watching in the suite upstairs the entire series...

"Shows what the organization is willing to do, so special I got to experience it with my kids and family." #4EverRoyal