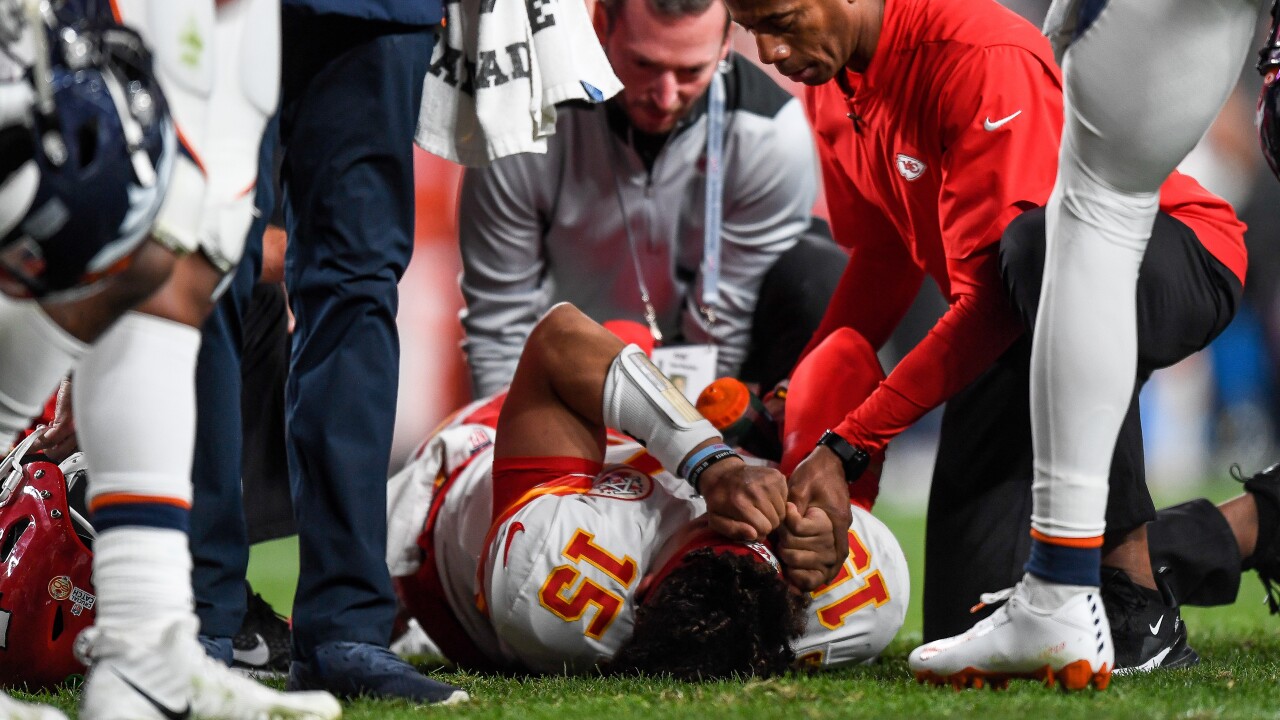 KANSAS CITY, Mo. — Chiefs head coach Andy Reid said on Monday that he doesn't want to put a timeline on Patrick Mahomes' return to the field after his knee dislocation in Thursday's game.

Reid addressed the media and said that the star quarterback's recovery is progressing nicely, but that he doesn't want to rush anything.

Chiefs Trainer Rick Burkholder told the media the swelling of the knee has been reduced and that the quarterback's MRI is as good as it could be.

The reigning MVP went down in the first half of the Chiefs game against the Broncos in Denver.

Training staff appeared to pop the knee back into place on the field and Mahomes exited with little assistance. The team went on to beat the Broncos 30-6 with Matt Moore at the helm.

Mahomes avoided surgery and any major ligament damage, but it will still be several weeks before Kansas City's star player returns to the field.

The Chiefs take on the Green Bay Packers Sunday night at Arrowhead Stadium.

Packers quarterback Aaron Rodgers had a great game against the Raiders on Sunday, winning 42-24. Matt Moore will face a tough first game as starting quarterback while Mahomes continues to heal.