Bill Self squashes rumors about leaving Kansas for NBA's Spurs 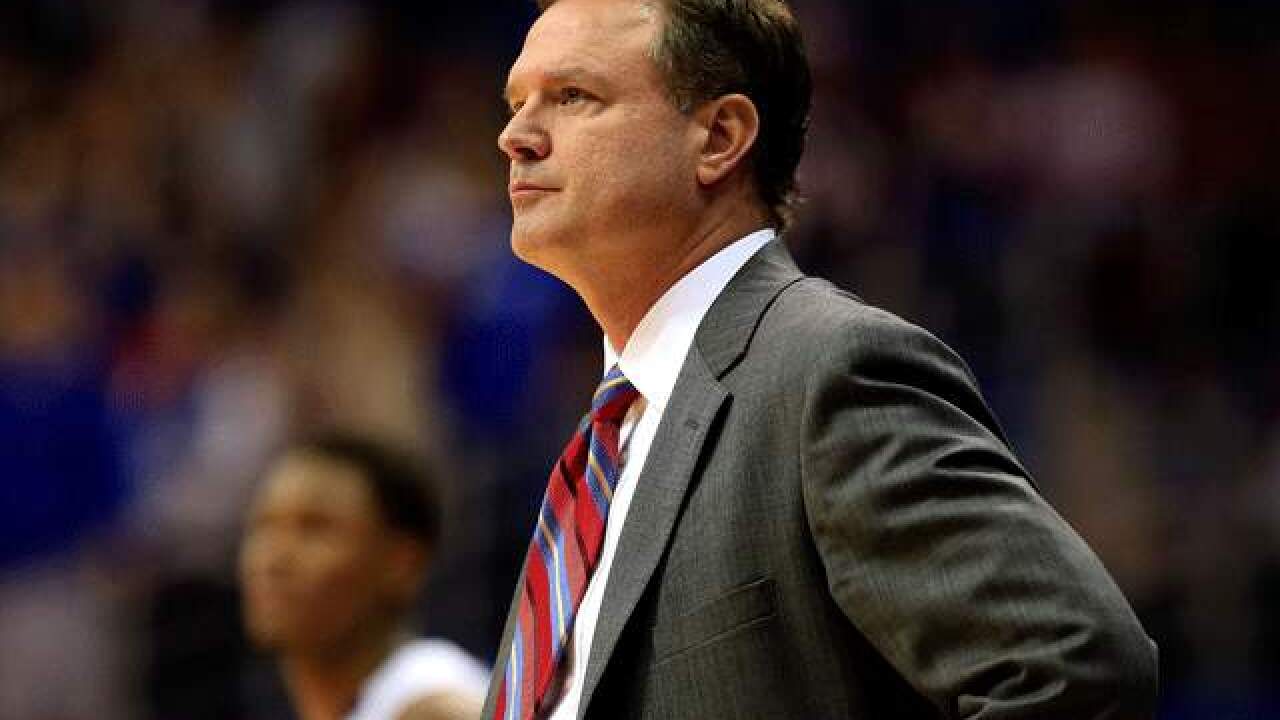 KANSAS CITY, Mo. — University of Kansas men's basketball coach Bill Self shut down rumors he's leaving the Jayhawks for a coaching opportunity with the San Antonio Spurs on Thursday.

Self has coached at the college level since 1985, but he's often been the subject of rumors he'd bolt for the NBA. Those rumors have gathered steam with the KU program embroiled in an NCAA investigation.

But Self didn't mince words Thursday about speculation he was San Antonio-bound.

"I think it’s kind of an insult to the Spurs, because they have the greatest coach maybe our sport has potentially ever known ...," he said. "So, yeah, there was absolutely zero truth.”

The rumors, which gained steam thanks to Bill Simmons in April, resurfaced after a recent segment on ESPN's "Get Up" during which Seth Greenberg predicted Self would one day leave Kansas for the Spurs.

The Spurs, of course, don't currently have a coaching vacancy. Coach Gregg Popovich is one of the greatest coaches in NBA history, having led San Antonio to five NBA titles.

Popovich has previously said he has no plans to retire in the near future.

This season, the Spurs sit eighth in the Western Conference.

Kansas received a Notice of Allegations from the NCAA in September, including three Level I accusations. The university has until February to address the allegations.

Currently, the Jayhawks (10-2) are ranked No. 3 and, according to Self, will be coached by Self for the foreseeable future.