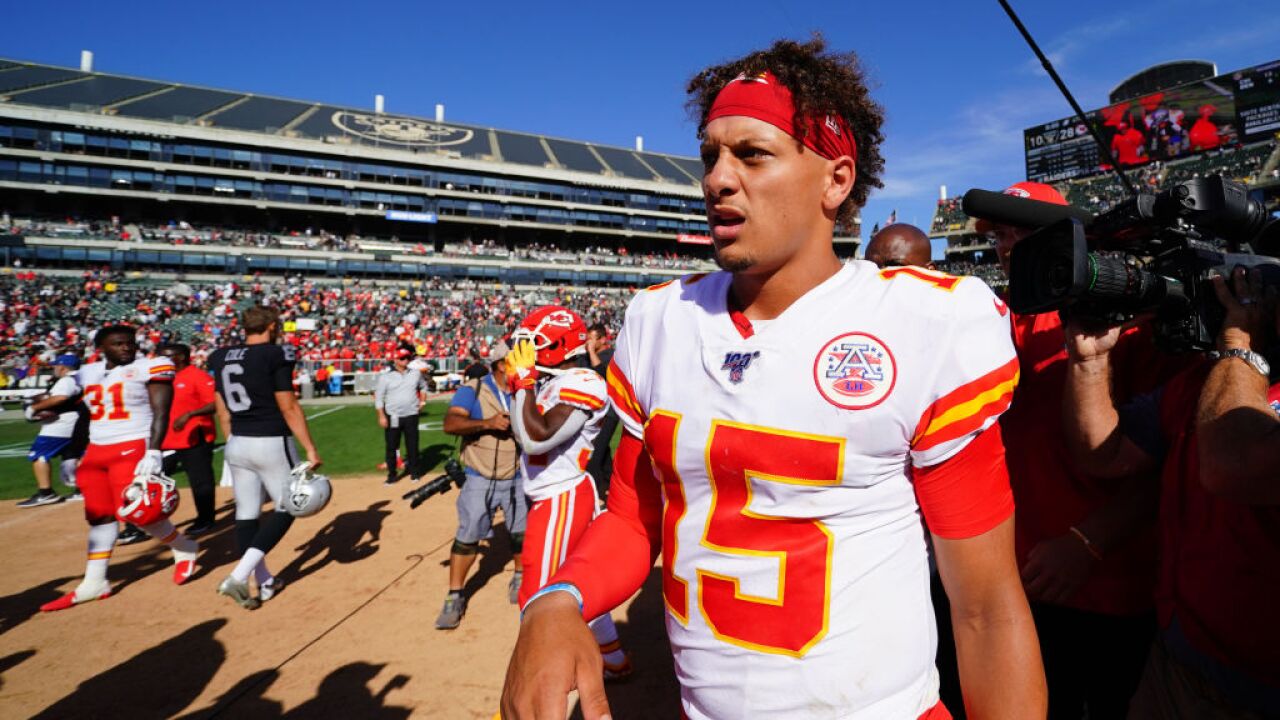 6:16 p.m. | After several penalties on the Chiefs, the Buccaneers score another touchdown. The Chiefs hold on to the lead 27-24.

5:22 p.m. | Tyreek Hill made yet another touchdown. Butker made the extra point and the Chiefs leave 27-10.

4:34 p.m. | Ronald Jones II finds the end zone for the first Buccaneers touchdown of the game The Chiefs still lead 17-7.

4:06 p.m. | Mahomes found Hill again, who ran in a touchdown complete with a backflip into the end zone. With the extra point, the Chiefs lead 17-0.

3:58 p.m. | LB Dorian O'Daniel injured his ankle and is questionable to return to the game.

LB Dorian O’Daniel is questionable to return with an ankle injury. pic.twitter.com/Rf9bbJenc9

3:32 p.m. | The Chiefs make it to the red zone on the first drive but failed to convert the third down. Harrison Butker kicked a clean field goal for a 3-0 lead.

Here are the Chiefs’ inactives for today’s game against Tampa Bay:

But Patrick Mahomes is off to an incredible start to his career and may one day challenge Brady for GOAT — that’s Greatest Of All Time — status before he’s finished.

That’s a conversation for many years down the line, but Sunday represents a dwindling chance to see the greatest QB of any generation go against the best QB in the new generation.

Mahomes-Brady IV promises to be good theater with the Chiefs’ young gunslinger hoping to level his career record against Brady’s teams.

Our “4th & 1” podcast crew, host Tod Palmer and analyst Nick Jacobs, weighs in on what it will take for Kansas City to return from Tampa with another victory on the Run It Back Tour.

Mahomes is justifiably the NFL’s leading vote-getter so far for the Pro Bowl, but he’s not the only Chiefs player getting some love from the fans.

The Chiefs made a flurry of roster moves, including bringing back a key piece from last season’s Super Bowl title run, earlier in the week.