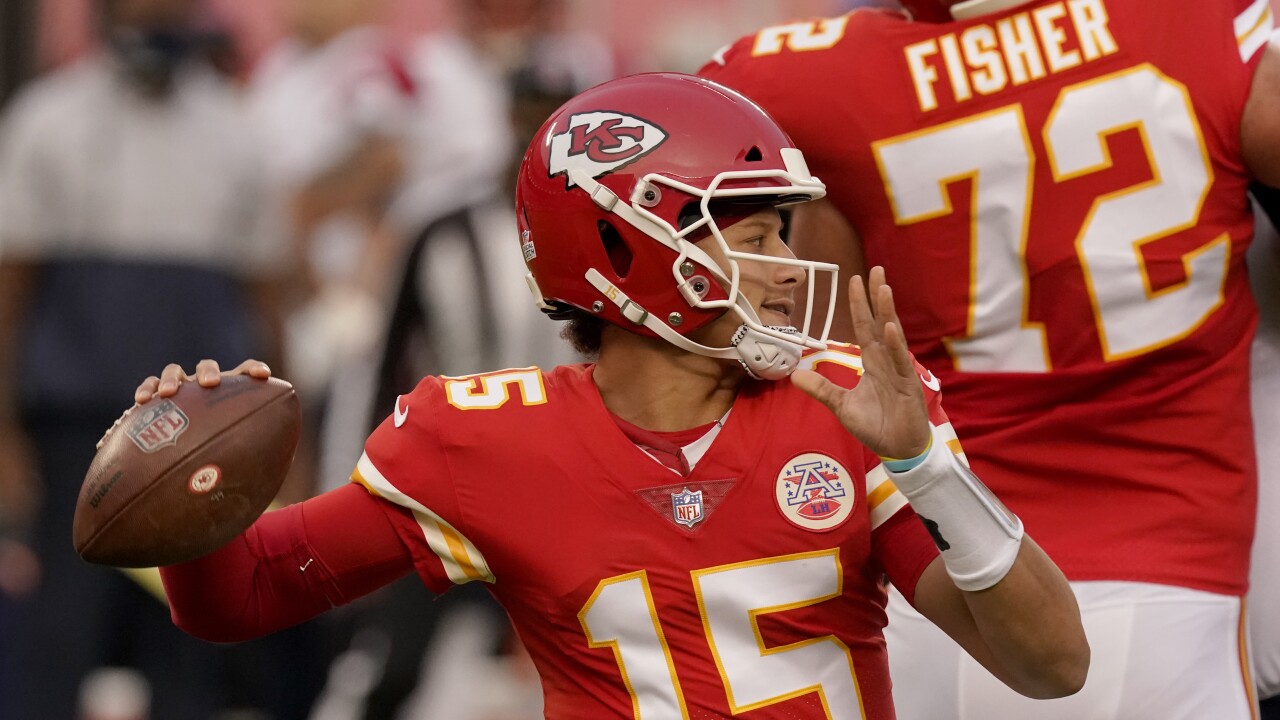 KANSAS CITY, Mo. — New England didn't load up the box or bring a lot of blitzes Monday against the Chiefs at Arrowhead Stadium in Kansas City, Missouri, but the Patriots were still able to generate pressure on quarterback Patrick Mahomes.

Up next, Kansas City faces another tough and physical front seven in an AFC West clash against the Las Vegas Raiders at noon on Sunday at Arrowhead.

Mahomes said Wednesday he expects to be better prepared for the pressure against the Raiders.

"First off, I thought the offensive line did a great job," Mahomes said of the New England game. "There were a couple times I started drifting a little bit, so I have to do better to work within the pocket, especially when there are only rushing three to four pass rushers."

The Patriots' defensive tactics, which involved dropping eight or nine players into coverage and clogging throwing lanes, kept kept the Chiefs' prolific offense out of the end zone until the final minute of the third quarter in Monday's 26-10 win.

Kansas City would prefer to avoid a similar performance against Las Vegas.

"I have to trust in them (the offensive line) then get the ball out of my hand and find the right guys," Mahomes said. "After the game and watching film, there were some guys open and I wasn’t able to find them."

Mahomes knows the Raiders defense will present its own challenges, so he's working to get the offense's timing down in hopes of preventing long scoring dry spells.

"That’s a great defense that were going against another week, so were gonna have to accept the challenge every single play," he said.