Chiefs Sammy Watkins out for Sunday against Raiders 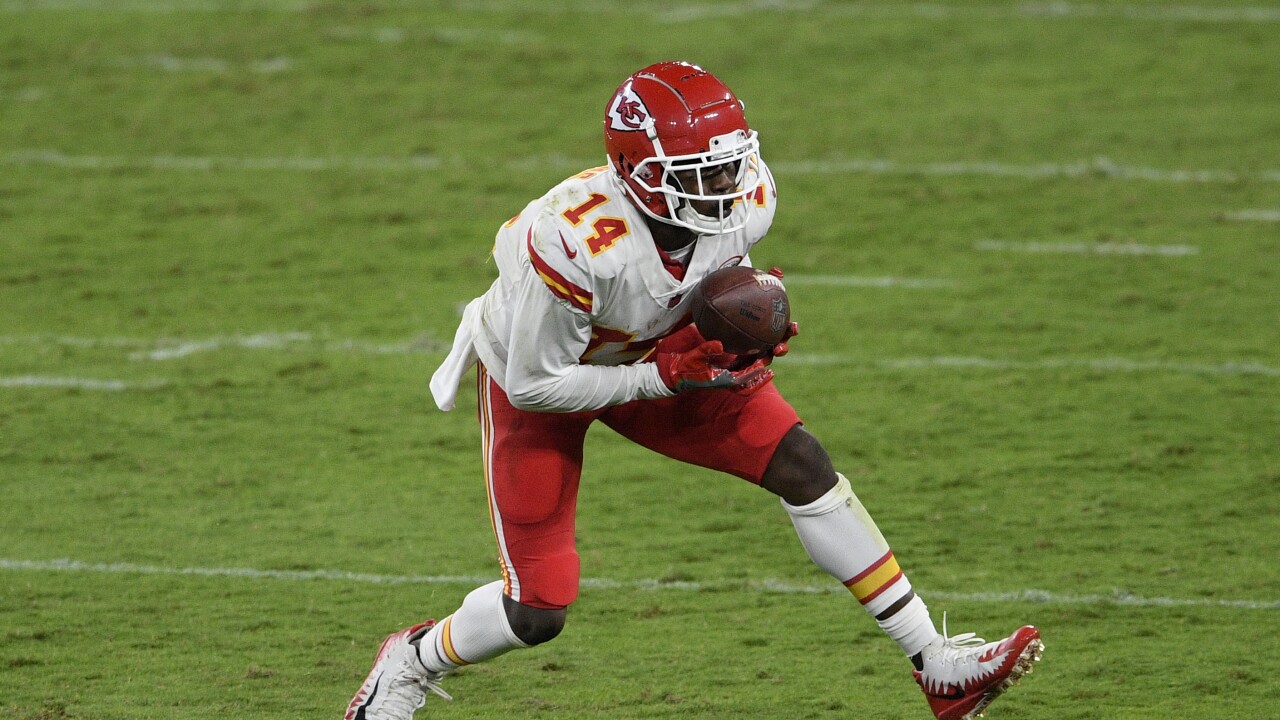 (Copyright 2020 The Associated Press. All rights reserved. This material may not be published, broadcast, rewritten or redistributed.)
Nick Wass/AP
Kansas City Chiefs wide receiver Sammy Watkins (14) in action during the first half of an NFL football game against the Baltimore Ravens, Monday, Sept. 28, 2020, in Baltimore.

KANSAS CITY, Mo. — Chiefs wide receiver Sammy Watkins had been downgraded from "questionable" to "out" for Sunday's game against the Las Vegas Raiders.

The veteran wideout will now miss his fifth straight game after sustaining a hamstring injury Week Five. Watkins returned Week Nine to practice but was limited.

After the bye week, the wide receiver was practicing all week but again remained limited.

In addition to Watkins being ruled out, wide receiver Mecole Hardman has been removed from the Reserve/COVID-19 list. Right tackle Mitchell Schwartz (back) and defensive end Taco Charlton (ankle) were both moved to the Injured Reserve list.

Both players must remain on the IR for three weeks. This will be the veteran offensive lineman's fourth straight game out.

Rookie cornerback L'Jarius Sneed and defensive end Alex Okafor have been activated and taken off the IR.

Sneed returns for the first time since Week Three, when he left the Ravens game in Baltimore with a fractured collarbone. In the fourth round draft pick's first three games, he racked up two interceptions.