Chiefs to practice with patchwork OL with Schwartz, Fisher out 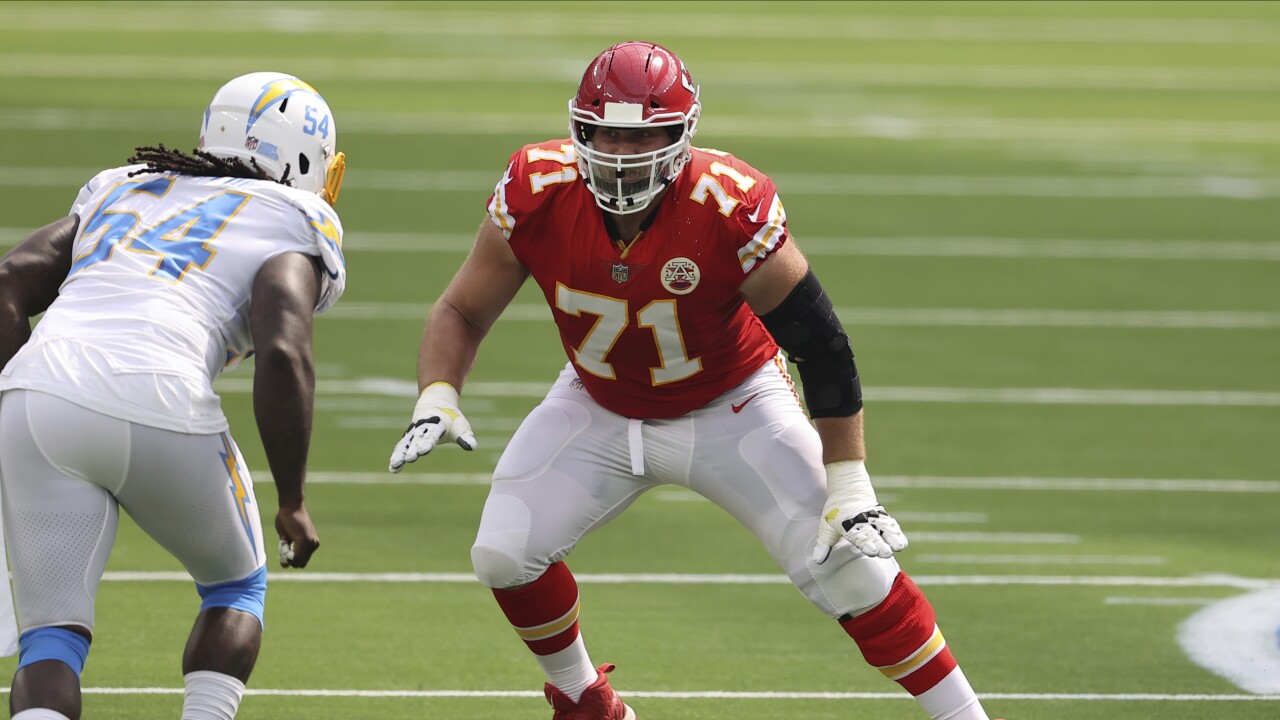 (Copyright 2020 The Associated Press. All rights reserved. This material may not be published, broadcast, rewritten or redistributed.)
Peter Joneleit/AP
Kansas City Chiefs offensive tackle Mitchell Schwartz (71) blocks during an NFL football game between the between the Kansas City Chiefs and the Los Angeles Chargers, Sunday, Sept. 20, 2020, in Inglewood, Calif.

KANSAS CITY, Mo. — As the Chiefs get ready to try and avenge the season’s only loss, coach Andy Reid’s offense will practice Wednesday without either of its starting tackles.

Chiefs right tackle Mitchell Schwartz remains sidelined with a back injury, casting doubt on his availability as Kansas City returns from its bye week.

Schwartz, who had started 134 consecutive games and never missed a start until last month, left an Oct. 19 win at the Buffalo Bills in the first quarter and has yet to return to practice.

He has missed three consecutive games and may not be available for the Las Vegas Raiders, a game that can be seen Sunday night on 41 Action News.

Reid didn't specifically mention wide receiver Sammy Watkins, who hasn't played since leaving the last Raiders game with a strained hamstring, or cornerback L'Jarius Sneed, who suffered a broken collarbone in a Week 3 win at Baltimore.

Both were expected to practice Wednesday in some capacity.

He also missed two early-season games after leaving the season-opening win against Houston with a hamstring injury.

Reid didn’t rule out the possibility Fisher would start Sunday, even if he doesn’t practice this week.

“Have I done that before with guys? I have,” Reid said.

Fisher’s availability — and Hardman’s — will be dictated by NFL protocols, which require players to test negative and be symptom-free for predetermined lengths of time to be eligible to play.