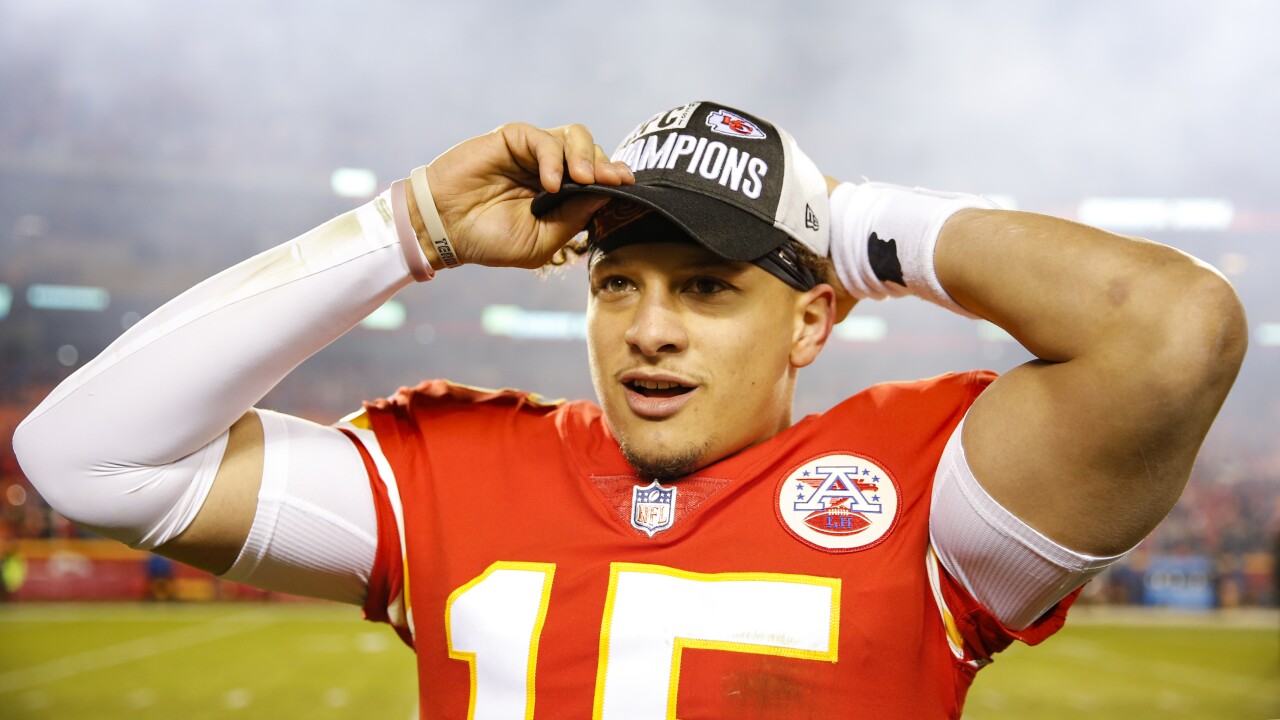 KANSAS CITY, Mo. — After three straight AFC West titles, and now boasting the league’s MVP, the bulls-eye on the Kansas City Chiefs has grown bigger in 2019.

As one of the Super Bowl LIV favorites, coach Andy Reid’s squad understands the challenge that awaits in quarterback Patrick Mahomes’ second season as the starter.

Hosts Nick Jacobs and Tod Palmer discuss how the Chiefs’ biggest rivals have adjusted with reigning NFL MVP Patrick Mahomes in the division in the latest 4th and 1 podcast.

Outlook: Quarterback Philip Rivers is entering his 16th season, but he’s arguably at the top of his game. His completion percentage was the second-highest of his career and his 32 touchdowns were tied for third-most in his 13 seasons as Chargers’ starter.

The Chargers’ schedule sets up for a fast start with four home games — Indianapolis, Houston, Denver and Pittsburgh — mixed in with road trips to Detroit and Miami. But LA’s schedule gets tougher from late October on.

He had five straight 100-tackle seasons from 2012 to 2016, but that production dipped in recent years. Davis also served a four-game suspension for PEDs, but he also has an All-Pro pedigree.

S Nassir Adderley — Adderley, a second-round safety from Delaware, joins an already deep and talented secondary for the Chargers. That group did lose cornerback Jason Verrett to San Francisco, and free safety Jahleel Adaae (to Houston), but it remains a strength for LA.

An innovative game plan to use seven defensive backs to chase Ravens quarterback Lamar Jackson and clog throwing lanes with zone coverage may prove revolutionary for teams playing the Ravens.

Perhaps there’s an exotic plan in place for Mahomes, which will be unveiled Nov. 18 in Mexico City.

His selection highlights LA’s focus on bolstering a defense that faces Mahomes twice a year. Tillery adds athleticism and the ability to rush the passer from the interior for a line that already includes Joey Bosa and Melvin Ingram.

Outlook: After the first back-to-back losing seasons in franchise history since 1972, Denver started over again. Fangio, a veteran of 18 NFL seasons as a defensive coordinator, gets his first crack at the head coach gig.

Fangio’s rebuilt Broncos will get baptized by fire with a rugged opening stretch after playing one final time in Oakland to kick off 2019. Before a November bye, the Fighting Fangios host Chicago, Jacksonville, Tennessee, Kansas City and Cleveland, and also play at Green Bay, the Chargers and Indianapolis.

It’s hard to envision Denver having more than three wins, much less staying above .500 and in the AFC West race during that stretch.

QB Joe Flacco — He’s an average quarterback at best these days and has more of a reputation for a big arm than anyone’s seen evidence of in recent years.

It unlikely a receiving corps led by Courtland Sutton and Emmanuel Sanders will make Flacco (from Baltimore) substantially better and create a Super Bowl-contending renaissance, but the addition of Iowa tight end Noah Fant will make the offense more dynamic.

It also gives Lee’s Summit High School and University of Missouri graduate Drew Lock, who was drafted in the second round, a chance to learn and develop. It will be Flacco’s team in 2019.

It’s probably no mistake Fangio wanted to strengthen that secondary, which is paired with one of the league’s top pass-rush tandems in outside linebackers Von Miller and Bradley Chubb.

RT Ju’Wuan James — Denver threw a record pile of money for a right tackle at James (from Miami). The Broncos also drafted Dalton Risner from Kansas State, and will be counting on former Mizzou standout Connor McGovern at center after losing Matt Paradis to Carolina in free agency.

As long as Garrett Bolles remains the left tackle, Denver’s line will struggle to protect the passer and the additions are outweighed by losing Paradis and Max Garcia, who went to Arizona.

Outlook: Mike Mayock is Oakland’s new general manager. The former NFL Network draft analyst seemingly reached for Clemson defensive end Clelin Ferrell at No. 3 overall, but the rest of the draft was rock solid and the Raiders made a big splash in free agency and the trade market.

Unfortunately for Oakland, the opening weeks will be a tough slog and may not show much progress in Gruden’s second season — and the last in northern California before moving to Las Vegas.

The Raiders open the season with a home game against Denver on Monday Night Football, then host the Chiefs before hitting the road for more than a month.

Oakland plays at Minnesota and Indianapolis before a showdown with Chicago in London. After a bye week, the Raiders have two more road games — at Green Bay and Houston — before a run of three straight games at home.

WR Tyrell Williams — Oakland also added the former Chargers standout in free agency. Williams and Brown are a massive upgrade over Jordy Nelson and Seth Roberts, who were the top two receivers after Cooper was traded to Dallas last season.

RB Josh Jacobs — Jacobs, a former Alabama star and 2019 first-round pick, was the best running back in the draft. He’s a good pass-catcher and an elusive runner with power, too.

He could flourish with the Raiders and should represent an improvement over the Doug Martin, Marshawn Lynch and Jalen Richard committee.

OT Trent Brown — The Raiders also bolstered the offensive line by signing the Patriots’ former road-grading tackle, Trent Brown, to the richest contract in NFL history for an offensive lineman.

OT Kolton Miller needs to step up, and it remains to be seen whether he sticks at left tackle or moves to make room for Brown. The line also must adjust to losing Kelechi Osemele, but former Chief Rodney Hudson provides stability in the middle.

S Lamarcus Joyner, LB Brandon Marshall and LB Vontaze Burfict — After trading stud pass rusher Khalil Mack before the 2018 season, the Raiders went on to give up a franchise-record and NFL-worst 467 points last season.

Joyner, Marshall and Burfict were brought in to add a veteran presence and bring some attitude to that sorry defense, which must face the vaunted Chiefs and Chargers offenses in four games each season.

That speaks volumes about the Raiders’ mindset during the offseason.

You can listen to the "4th and 1" podcast with Tod Palmer and Nick Jacobs on iTunes , Stitcher , Spotify , and TuneIn . You can also find Jacobs on twitter @Jacobs71.