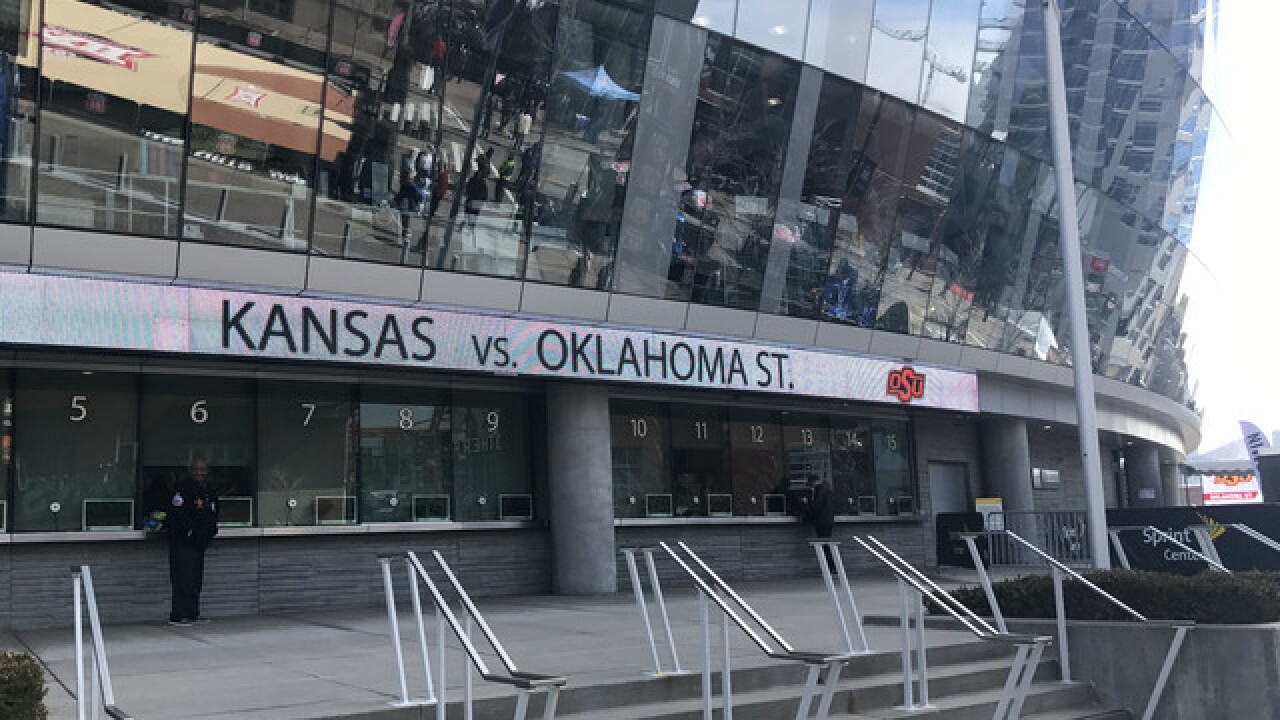 KANSAS CITY, Mo. — If you want to catch some Big 12 basketball this week, you're in luck. Tickets are still available for the tournament.

The Kansas City Sports Commission President & CEO Kathy Nelson said for the first time in quite a while, fans can buy tickets to individual sessions instead of having to buy for the entire tournament. It's because Big 12 schools returned unsold tickets.

"We'd love to be sold out again, and we're close. You'll see full venues, but there might be a couple sprinkled seats here and there throughout the venue," Nelson said.

Previously Nelson attributed early slow sales to a down year for Iowa State, as well as tight competition in the conference. Just a few games separated each team, so some fans may have been waiting to buy tickets.

We spoke to one fan who waited until the day of his team's game.

A quick check of the Sprint Center's website on Thursday afternoon showed tickets still available for that night's sessions for as low as $69 with tax. There were even tickets for Saturday's championship game with a price tag of $116.

We also found deals on discount sites such as StubHub, where tickets for Thursday night started at just $6.

Nelson said tickets from the Sprint Center won't be around for long, so you need to purchase them as soon as possible.

"It's normally the hardest ticket to get in collegiate basketball, and we're still pretty close to that. We have sold many more tickets than the other college championships around the country. There's still just a few available," she said.