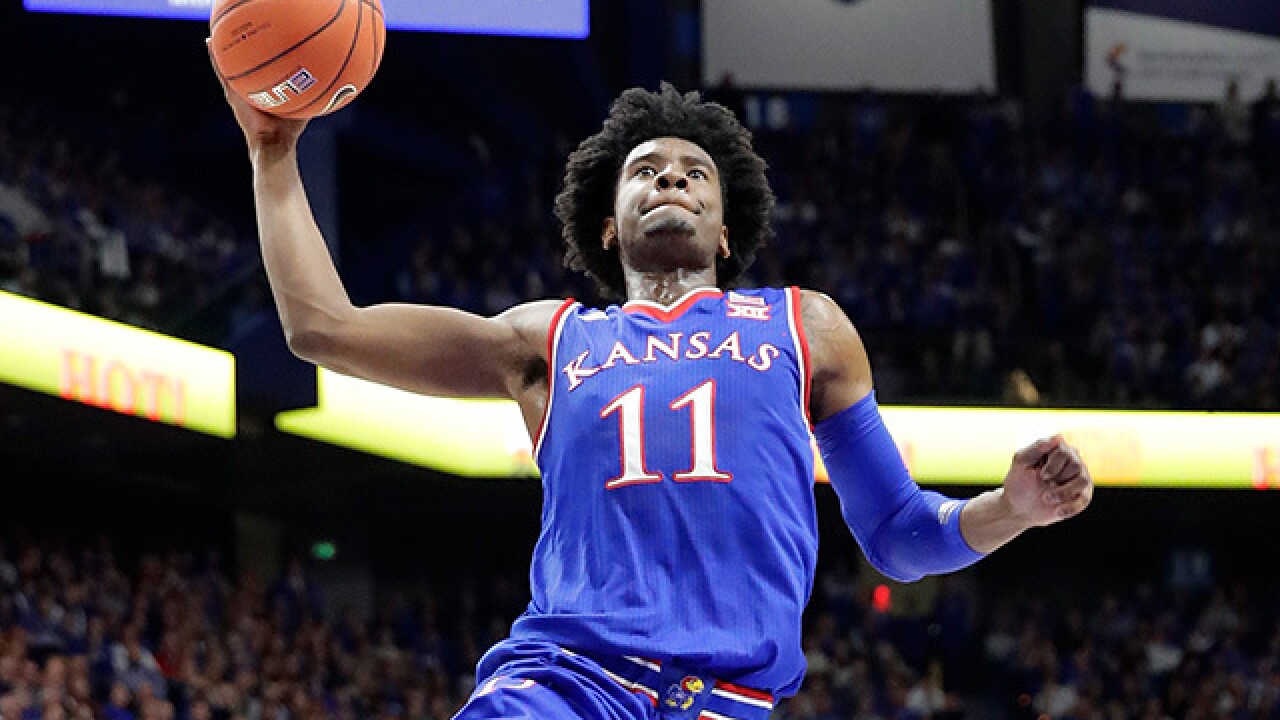 Former University of Kansas basketball player Josh Jackson pleaded guilty to a misdemeanor traffic violation for backing into a car and driving away.

Supervising City Prosecutor Elizabeth Hafoka said in an email that two other charges, inattentive driving and improper backing, were dismissed.

Jackson, who is expected to be a top draft pick in next month's NBA draft, will be on probation for six months and must pay a $250 fine. If he violates his probation, Jackson would have to serve 30 days in jail.

Kansas Coach Bill Self suspended Jackson for the opening game of the Big 12 Tournament because of the incident.