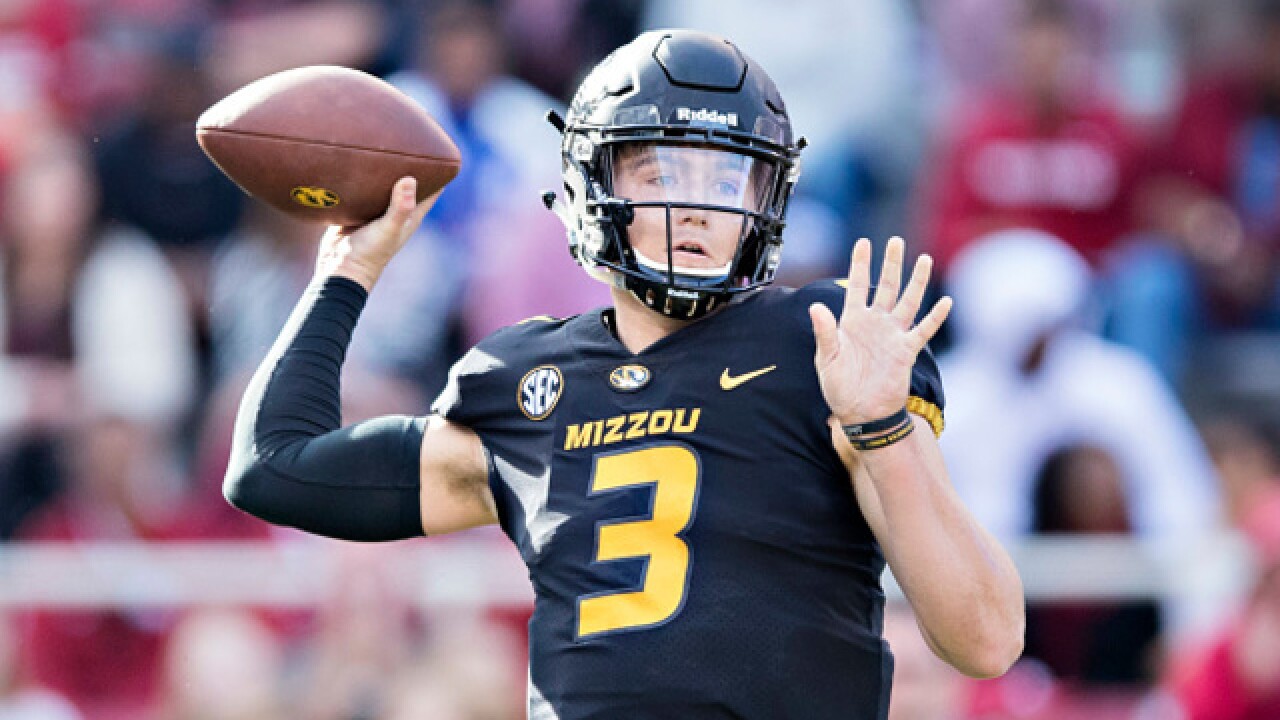 Copyright 2017 Scripps Media, Inc. All rights reserved. This material may not be published, broadcast, rewritten, or redistributed.
Wesley Hitt
<p>FAYETTEVILLE, AR - NOVEMBER 24: Drew Lock #3 of the Missouri Tigers throws a pass during a game against the Arkansas Razorbacks at Razorback Stadium on November 24, 2017 in Fayetteville, Arkansas. (Photo by Wesley Hitt/Getty Images)</p>

KANSAS CITY, Mo. -- Mizzou’s football season is more than 10 weeks away, but the Drew Lock hype train already is rolling.

The Tigers football team posted a hype video Thursday with the hashtag “#H3ISMAN.”

Lock, who led the nation with 19 completions of at least 50 yards, broke the record during a five-touchdown performance against Arkansas in the regular-season finale, a wild 48-45 win in the annual Battle Line Rivalry game.

It was Lock’s ninth consecutive game with multiple touchdown passes, a streak that ended during a loss in the Texas Bowl against Texas.

Lock is projected as a top pick in the 2019 NFL Draft. He chose not to leave Mizzou early to enter the draft last spring.

Missouri has never had a Heisman Trophy winner, but former quarterback Chase Daniel was a finalist for the award in 2007.

The Tigers open the season Sept. 1 against Tennessee-Martin at Memorial Stadium in Columbia, Mo.