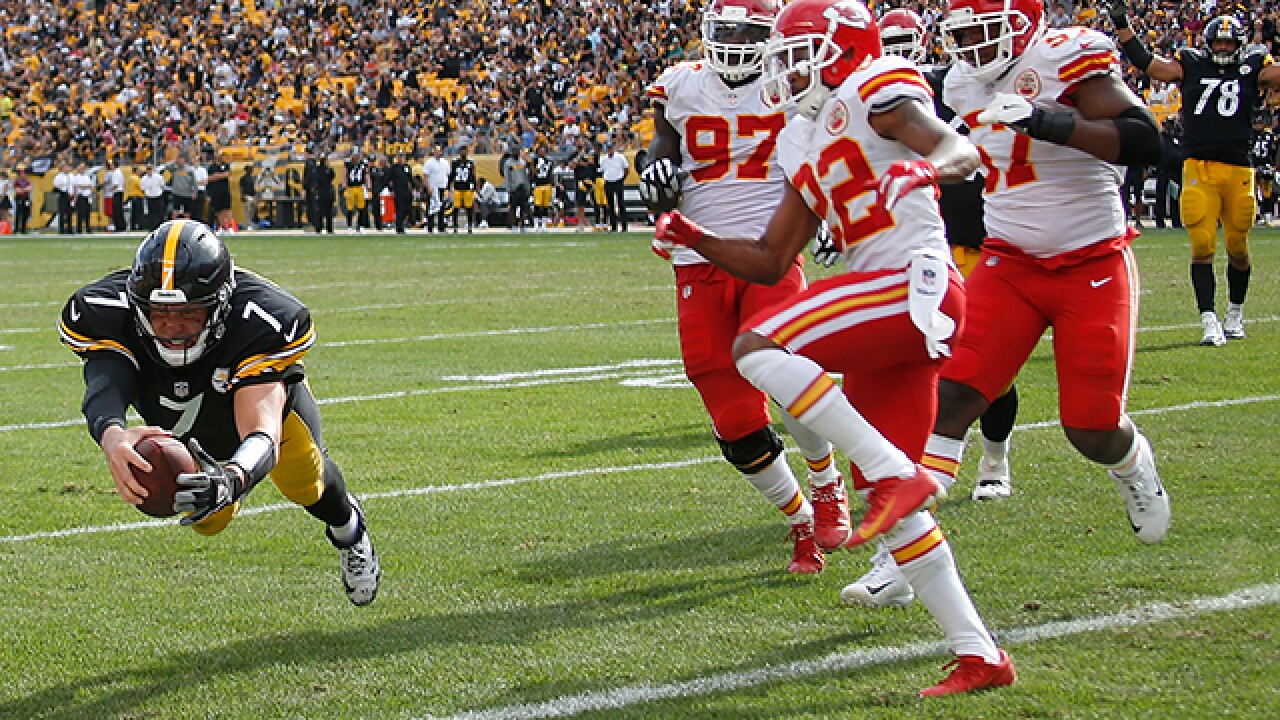 Copyright 2018 Scripps Media, Inc. All rights reserved. This material may not be published, broadcast, rewritten, or redistributed.
Justin K. Aller
<p>PITTSBURGH, PA - SEPTEMBER 16: Ben Roethlisberger #7 of the Pittsburgh Steelers dives into the end zone for a 3 yard touchdown in the fourth quarter during the game against the Kansas City Chiefs at Heinz Field on September 16, 2018 in Pittsburgh, Pennsylvania. (Photo by Justin K. Aller/Getty Images)</p>

KANSAS CITY, Mo. -- The Chiefs offense led by second-year quarterback Patrick Mahomes has been stellar. However, the defense is quite another story.

The defensive unit has been without Chiefs all-pro safety Eric Berry, and it's definitely showed.

They gave up 37 points and allowed Steelers quarterback Ben Roethlisberger to pass for 452 yards. And, Big Ben dropped back to pass 60 times. The Chiefs defense managed just one sack.

Those performances were almost undone by the defense.

"That second half, our guys did not get weaker on defense at all," Reid said. "They had 54 snaps in the first half. And then, the second half, they come out and, you know, I thought we were strong through that second half."