Drinkwitz: Player-led march is a 'powerful moment' for Mizzou 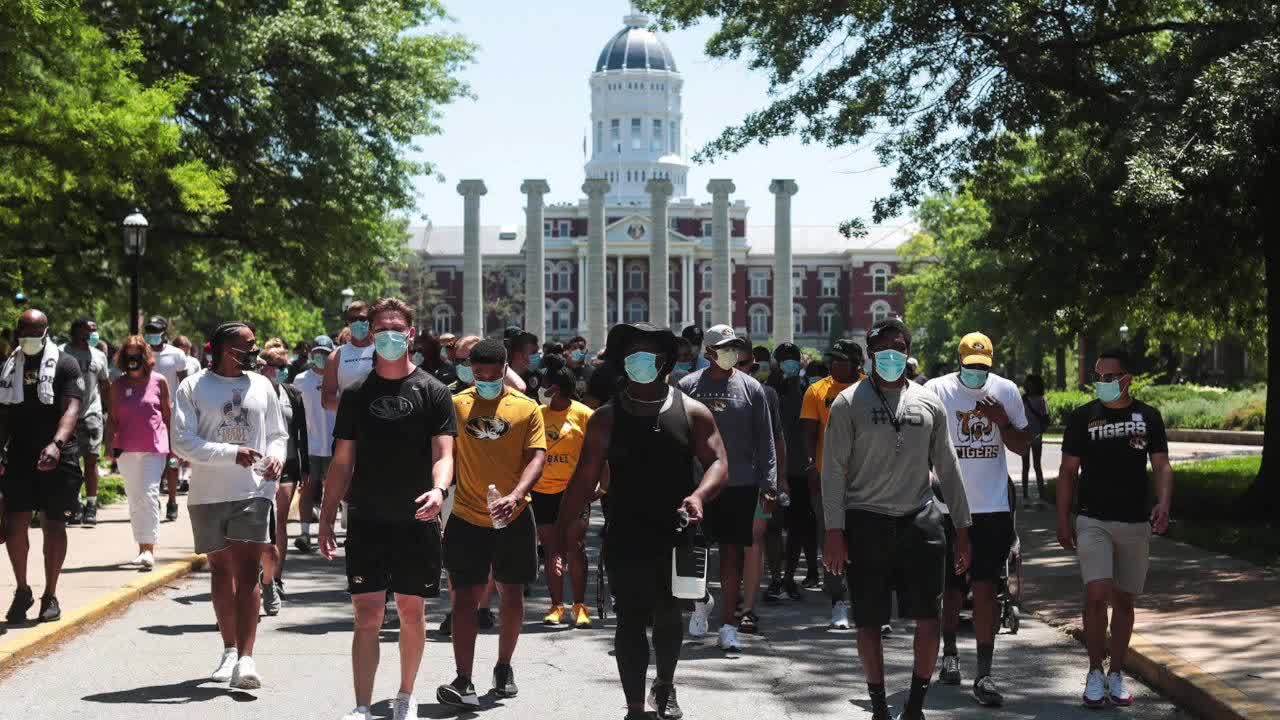 The University of Missouri football team is no stranger to peaceful protests, but the team's latest call to action however included a new face. First-year TIgers football coach Eli Drinkwitz joined the march along with athletic director Jim Sterk and other athletic department staff. 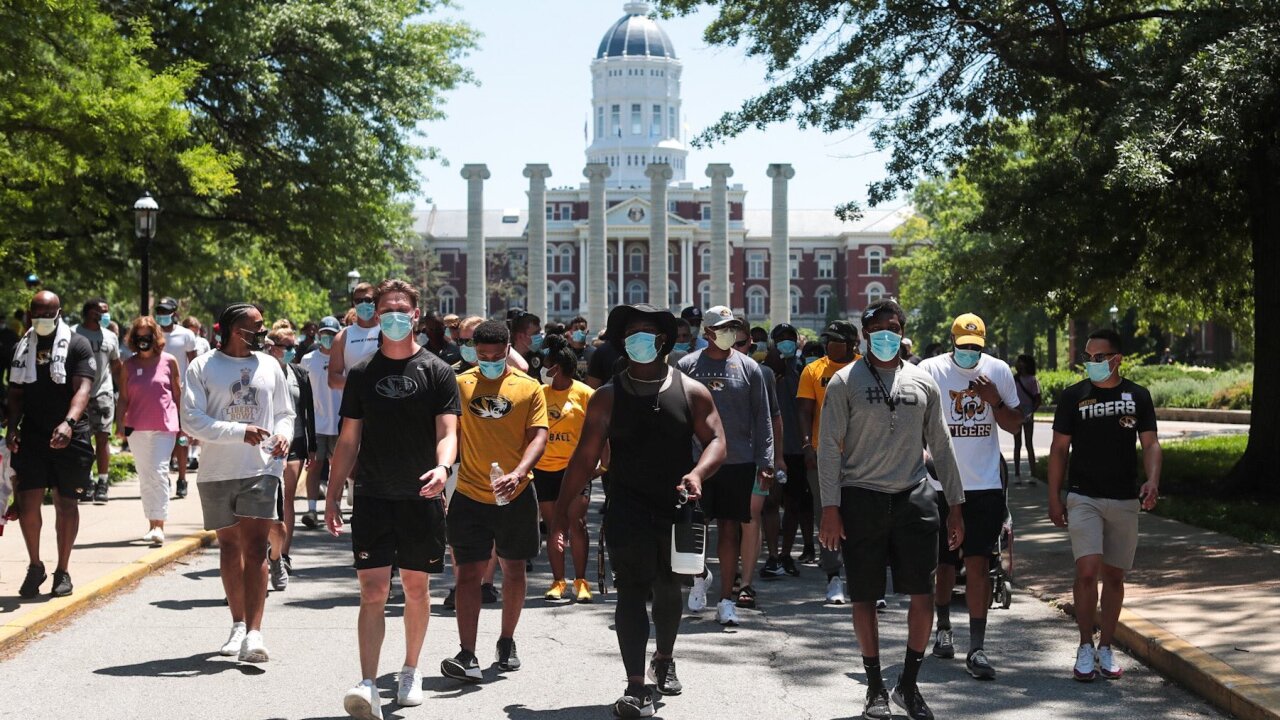 KANSAS CITY, Mo. — The University of Missouri football team is no stranger to peaceful protests, but the team's latest call to action however included a new face.

“It’s not an us-versus-them," first-year TIgers football coach Eli Drinkwitz said on a recent videoconference, "it’s all of us versus racism.

Earlier in the week, Mizzou football players led a march, which Drinkwitz and athletic director Jim Sterk joined along with other athletic department staff, from the Columns on MU's campus in Columbia to the Boone County Courthouse in the aftermath of George Floyd's murder last week by Minneapolis police.

“Our players were not seeking permission," Drinkwitz said. "They were seeking support for right versus wrong. They had already said this is something they wanted to do, an attainable action, so we said, ‘OK, we’ll meet you at the columns at 2 o’clock. Let’s go.'"

Several dozen players registered to vote after arriving at the courthouse.

According to MU, 62 student-athletes registered to vote at the completion of the demonstration.

"This is not a political statement," Drinkwitz said. "This is an equal rights statement, it's a human rights statement. What happened to George Floyd was wrong. And we can call it out for what it was, which is wrong."