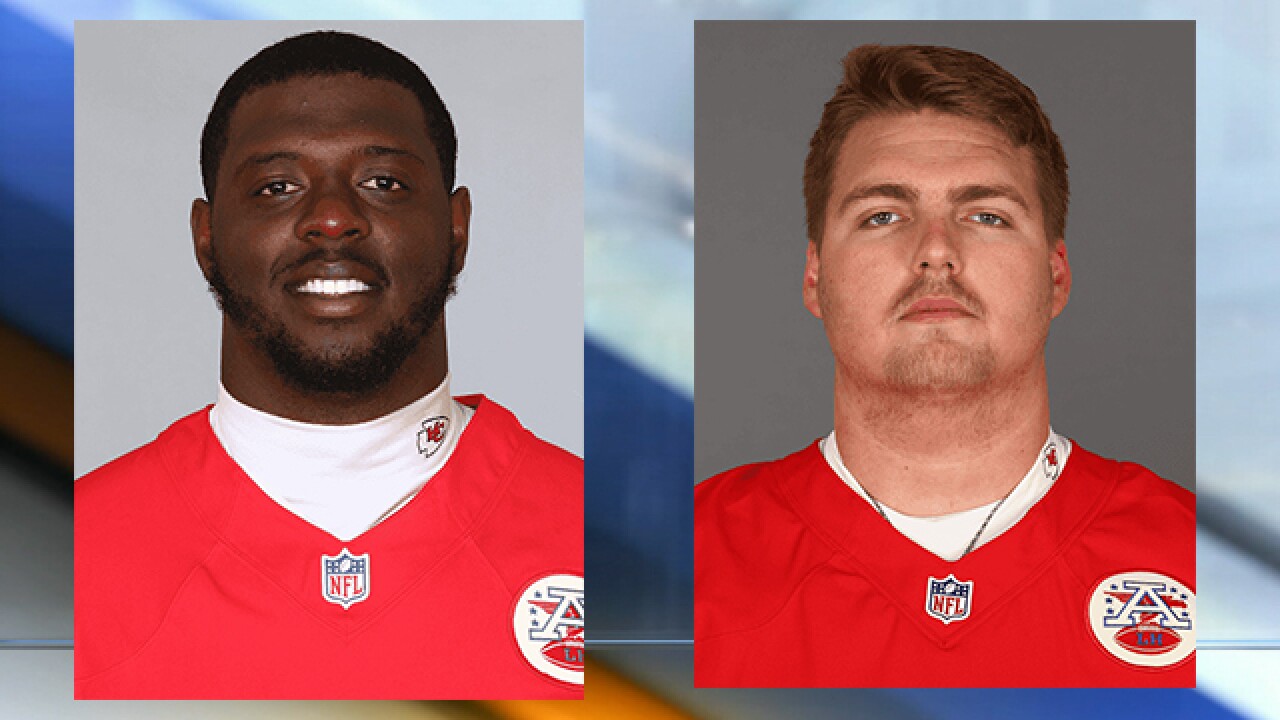 Copyright 2018 Scripps Media, Inc. All rights reserved. This material may not be published, broadcast, rewritten, or redistributed.
<p>Cam Erving (left) and Andrew Wylie (right) waged a training camp battle for the Kansas City Chiefs' starting job at left guard. Wylie will settle in at the position, but Erving received a contract extension and projects as the top backup across the offensive line.</p> 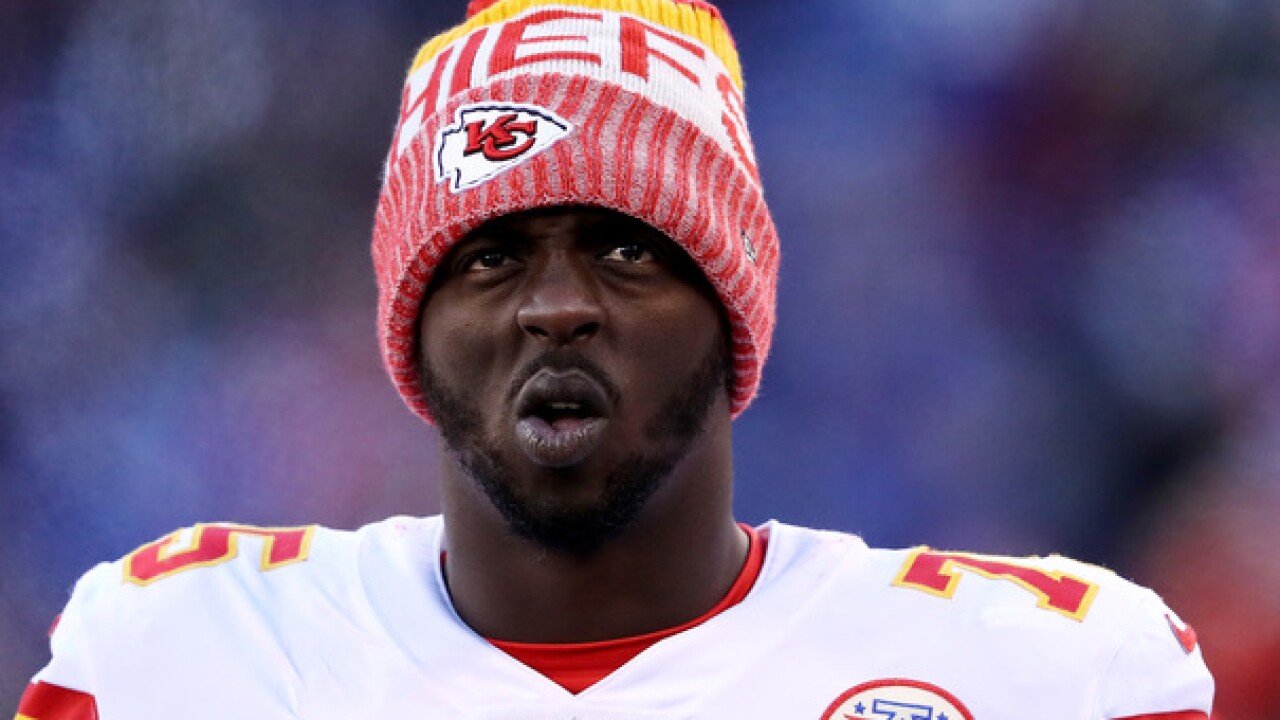 KANSAS CITY, Mo. — Kansas City Chiefs offensive lineman Cam Erving doesn’t remember if he was in second or third grade, but he does remember the reaction when a teacher asked what career he hoped to pursue.

“I want to be a professional athlete,” a young Erving recalled saying.

“Pick a real job,” the teacher shot back.

Looks like Erving got the last laugh. The former first-round pick of the Cleveland Browns, who joined the Chiefs in a trade roughly a year ago, signed a two-year contract extension Tuesday worth up to $15.7 million through 2020.

OT/OG Cam Erving has agreed to a two-year extension with the Chiefs worth up to $15.7M, depending on how much he plays, per source. Deal also includes $6.45M in guarantees and makes him one of the highest-paid swing linemen in the league.

“It feels great to be able to know what’s happening the next couple years, to live in the moment and go out here and play football for a great organization,” said Erving, who said the deal has been worked on for a few weeks.

Still, Erving, 26, who is a 6-foot-6 swing tackle from Moultrie, Georgia, has never forgotten even the earliest doubters.

“That’s one of the first times I remember thinking, ‘She doesn’t know what she’s talking about; I’m going to go do it,’” Erving said. “My parents always told me, ‘Never let anybody tell you what you can’t do.’ That’s been the biggest thing in my life.”

He added, “Looking back, I laugh at conversations like that and think, ‘I wonder how they feel now.’”

With his signing bonus from the new contract, Erving said he plans to finish building a new house for his parents, who still live in Georgia.

“Cam is a fantastic player,” left guard Andrew Wylie said. “He’s a one-of-a-kind player. When he goes out there, I constantly learn from him. He always has great advice for me in meetings and on the field, so he’s a great person to play behind and learn from.”

Erving — who is listed as the backup left and right tackle, but also played extensively at left guard in the preseason and also has worked some at center — may not even start for the Chiefs, who open the season at 3:05 p.m. Sunday against the AFC West rival Los Angeles Chargers.

Wylie is listed as the starting left guard on the Chiefs’ initial (and unofficial) depth chart.

Like Erving, Wylie believes versatility was a key to earning a spot on the Chiefs’ 53-man roster.

“They put me in a lot of different spots in training camp and slowly worked with me to help me develop and get my technique right,” Wylie said. “I think being able to play both guard and tackle helped my case.”

Unlike Erving, the NFL hasn’t always been Wylie’s primary dream.

“It started out, I just wanted a (NCAA) Division I scholarship and I got one of those,” said Wylie, who played at Eastern Michigan. “Once I got on the field a little bit, I realized the NFL became a possibility, so I just kept working toward it.”

Chiefs coach Andy Reid said both Erving, who will continue working at multiple positions, and Wylie, who will focus on left guard and draws comparisons to Laurent Duvernay-Tardif from Reid, will play against the Chargers.