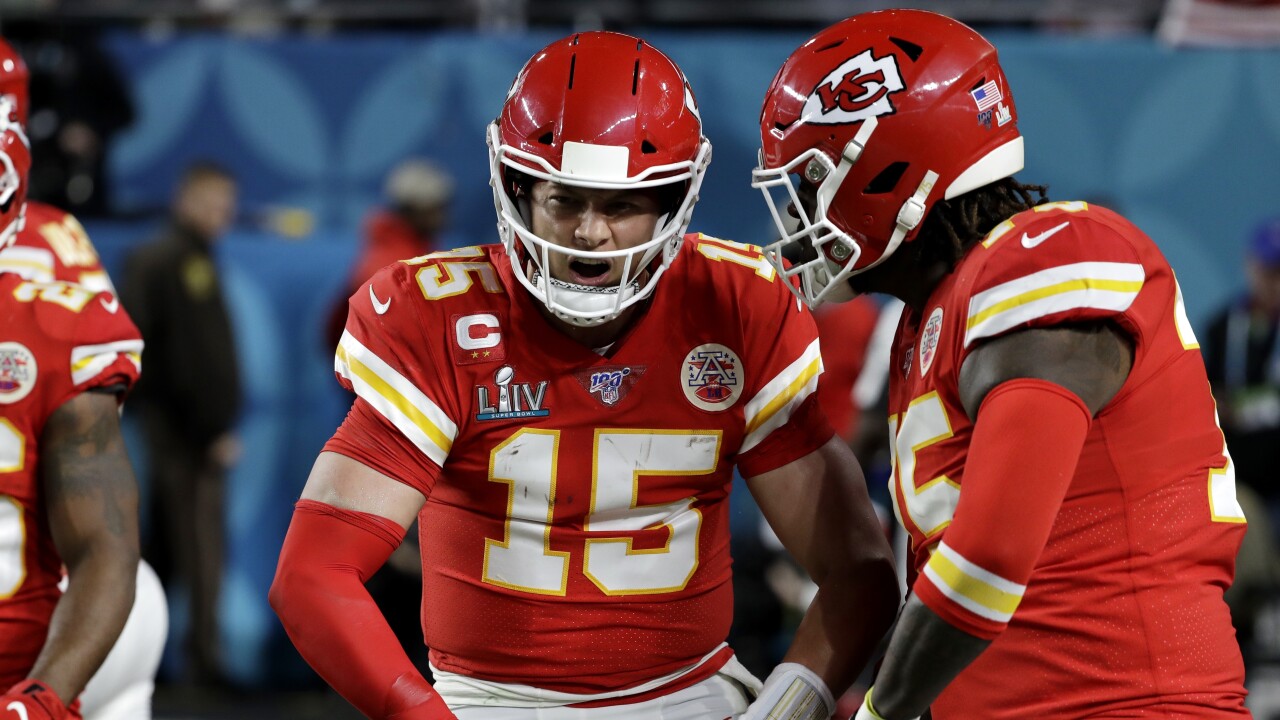 KANSAS CITY, Mo. — Eager to “ReLIV” the Kansas City Chiefs’ championship season, especially with the Kansas City area under stay-at-home orders? The team announced plans to help fans stuck at home do just that during the coming months.

Each Thursday and Sunday, the Chiefs will release weekly episodes of Kingdom Conversations, Hy-Vee Chiefs Insider, Field Pass, Chiefs Rewind, Wired and more on its social media platforms for each game of the 2019 season.

The twice-weekly releases, courtesy of 65 Toss Power Trap Productions, will start with Kansas City’s season-opening victory in Jacksonville and conclude with the Chiefs’ thrilling Super Bowl LIV victory against the San Francisco 49ers.

After watching the content for each game, fans can then rewatch the corresponding game’s broadcast or condensed versions through NFL Game Pass, which is free in the U.S. through May 31.

NFL Game Pass is available streaming online as well as through mobile apps.

The “ReLIV” campaign kicks off Thursday, March 26, with the Jaguars game and continues Sunday, March 29, with a week-two win at Oakland.

Additionally, beginning Wednesday and continuing throughout the campaign Chiefs reporter B.J. Kissel and Chiefs digital media producer Matt McMullen will host “Watch Party Wednesday,” an interactive YouTube live-stream viewing of a condensed version of one of the week’s two games.

Kissel and McMullen along with guest hosts for some episodes will provide commentary and interact with fans on YouTube and through social media.