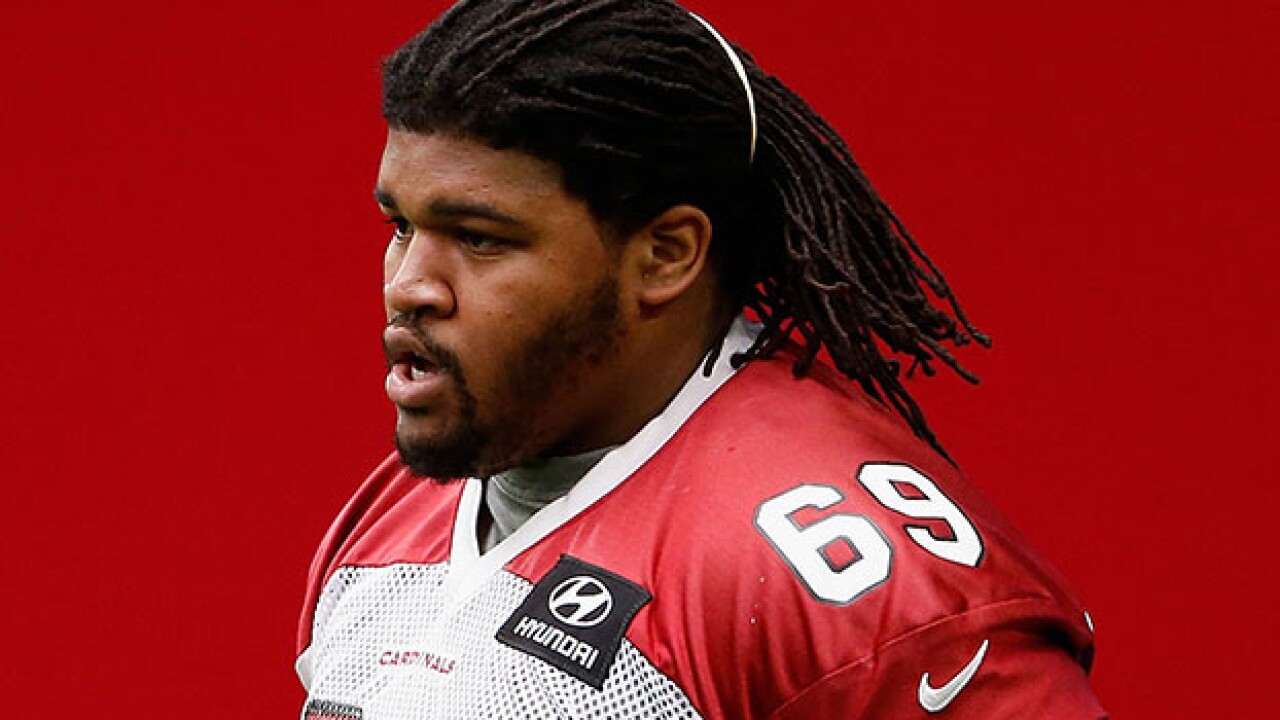 Copyright 2018 Scripps Media, Inc. All rights reserved. This material may not be published, broadcast, rewritten, or redistributed.
Christian Petersen
<p>Chiefs defensive tackle Xavier Williams hadn’t set foot on the field at Arrowhead Stadium before last week’s preseason opener against the Houston Texans, so suiting up was a singular thrill for the Kansas City, Missouri, native and Grandview High graduate.</p>

He’d watched his older brother, Rod, play on the Chiefs’ home field during his career at Northwest Missouri State University.

But Xavier Williams — a Kansas City, Missouri, native and Grandview High graduate , who spent his first three seasons in the NFL with the Arizona Cardinals — had never gotten the same chance.

After signing a two-year, $5.05 million contract with his hometown Chiefs in March, Williams still didn’t take the opportunity to tromp across the Arrowhead Stadium the grass.

“We took a tour around the stadium and they showed me a bunch of stuff, but I don’t think we actually went onto the field,” Williams said. “It was cold also, so I probably wasn’t too eager to get out there, especially coming from Phoenix.”

That finally changed with his parents, girlfriend and daughter in the stands Aug. 9 as Williams made his Arrowhead Stadium debut.

“Getting to see those names and play under names like Derrick Thomas and all those guys (in the Chiefs’ Ring of Honor), it was awesome,” Williams said. “… It was amazing for me, walking out and seeing the Arrowhead on the turf, getting to walk through the fog and everything. I remember being a kid, cheering for those guys coming out. Now, I am one of those guys, so it’s amazing.”

Before the game, though, Williams refused to let the moment sink in too much.

“I was really just trying to lock in,” he said. “I didn’t want my emotions to get the best of me before a game. It was hard, but I was trying to keep everything in check and keep perspective of what I was here for.”

What he’s here for is to help Kansas City shore up one of the NFL’s leakiest run defenses.

The Chiefs ranked 25th among 32 teams, allowing more than 118 rushing yards per game, and were near the bottom of the league in rushing average against (4.3 yards per carry) and rushing touchdowns allowed (15).

Williams only played 12 games, finishing with eight tackles, during his first two NFL seasons, but he had a bit of a breakout in 2017, finishing with 20 tackles and a half-sack in 11 games.

Despite a knee injury that cost him a few games, Williams showed potential as a run-stuffing nose tackle, consistently fighting into the opponents’ backfield, and leading all NFL defensive tackles with a 14.5-percent run stop percentage, according to Pro Football Focus.

“The standard’s the standard around the league — you’ve got to stop the run. Period,” Williams said. “If I’m here, that’s what I’m here for — stop the run, help this defense out however I can. I think we’ve got a good group, we’re going to bounce back and we’re going to show the NFL what we’re about.”

He’s certainly been a welcome addition after the Chiefs opted not to re-sign Bennie Logan during the offseason.

“He’s fit in since day one,” Chiefs defensive end Chris Jones said of Williams. “That guy comes in and knows his stuff. He’s a veteran in the game, so there’s not much you have to tell him that he doesn’t already know or hasn’t already seen.”

Williams assisted on one tackle in limited action against the Texans, but he’s ready to accept the challenge of helping the Chiefs’ defense turn around its flagging fortunes.

“It was nice to get back out there and tee off on some people you don’t get to see every day,” Williams said. “… It was preseason game one, so still knocking a little rust off. I don’t think we’re fully into the swing of playing real football yet, but it felt good getting back out there, running around and getting to tackle people.”