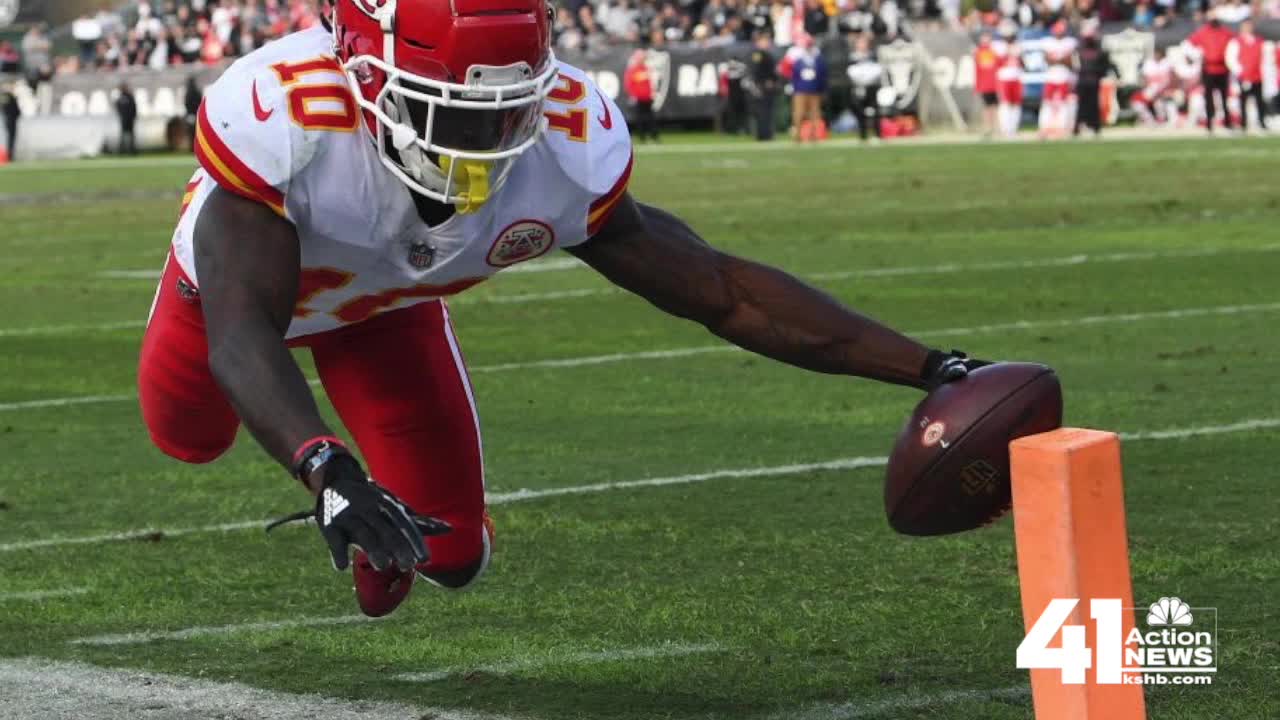 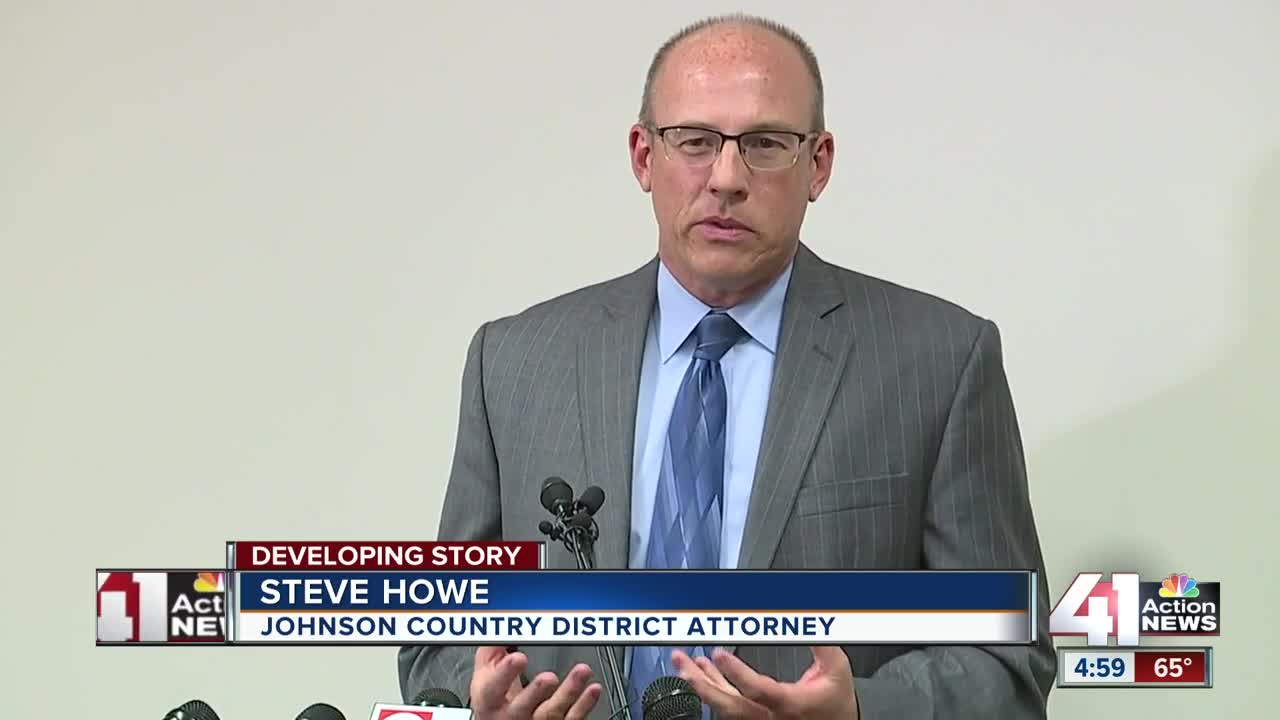 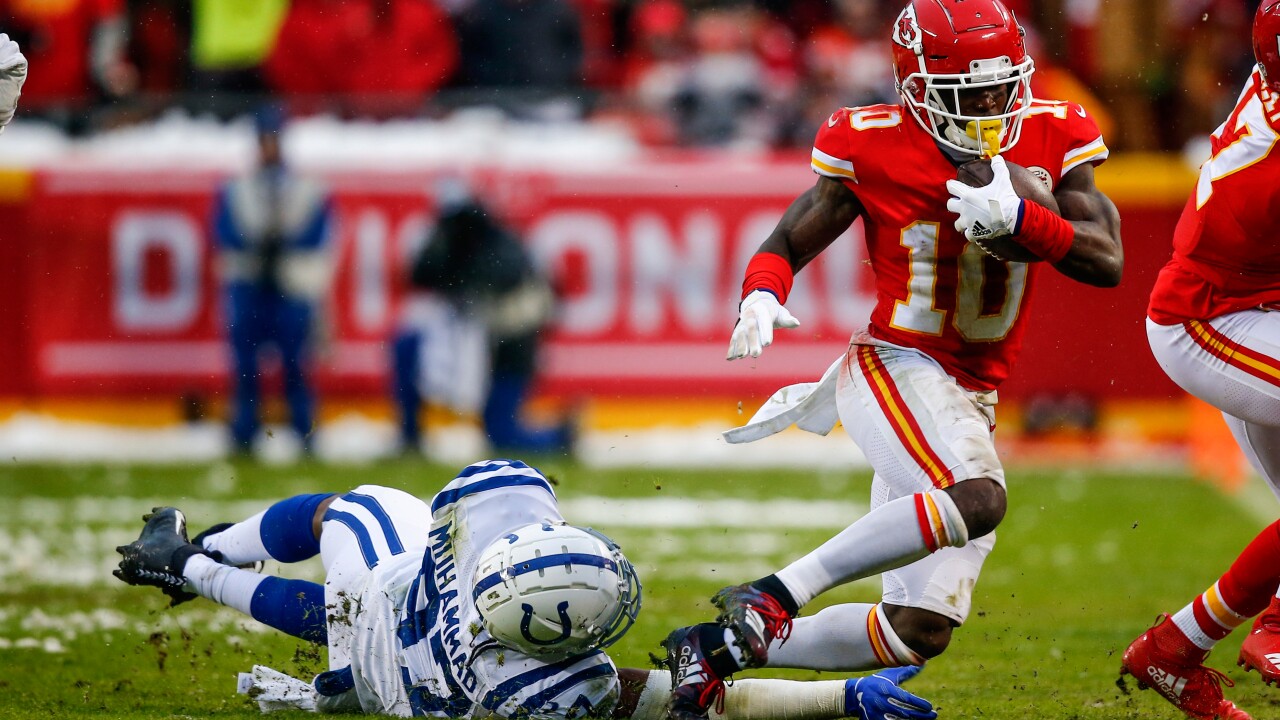 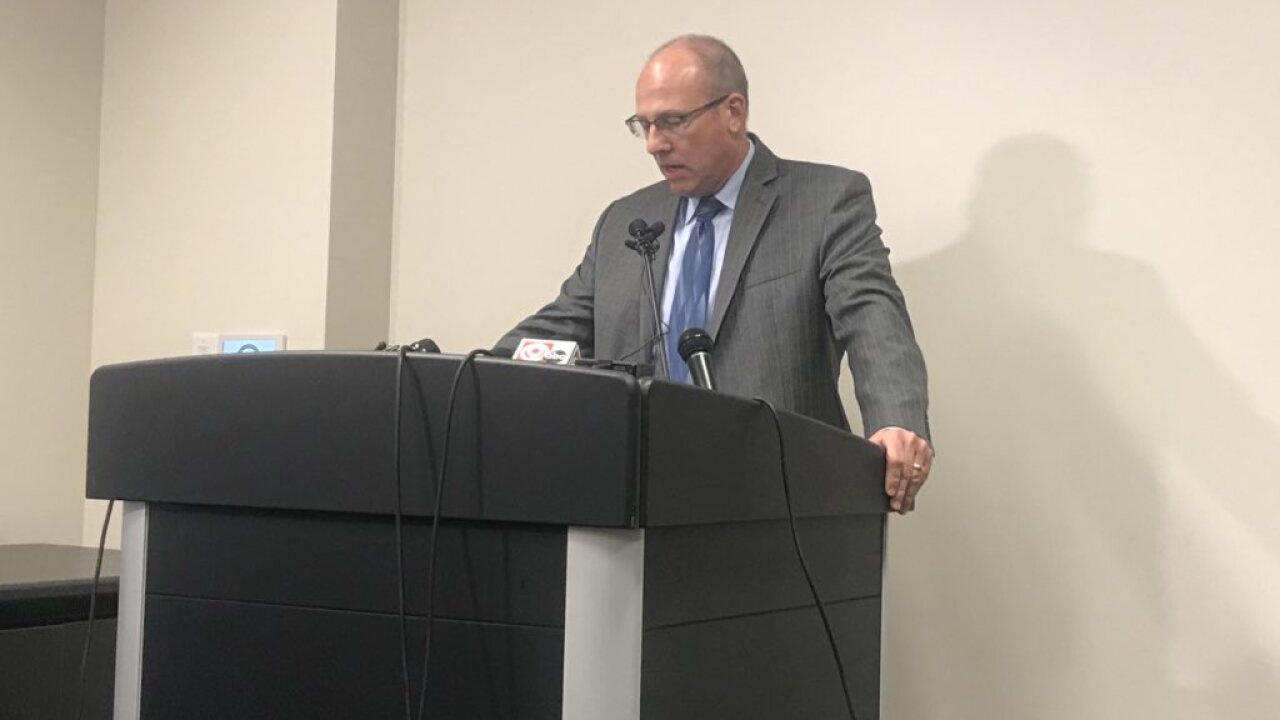 Howe said his office has reviewed all information from police and child welfare services investigations in declining to file charges.

Based on the evidence presented, Howe said he believed a crime had occurred, but the perpetrator couldn't be determined.

"We are deeply troubled by this situation and are concerned about the health and welfare of the child in question," Howe said during a press conference Wednesday afternoon at the Johnson County Courthouse. "We believe that a crime has occurred. However, the evidence in this case does not conclusively establish who committed this crime."

The Kansas City Chiefs issued a statement late Wednesday, saying the team had been informed that Hill will not be charged.

"This afternoon we were informed that Tyreek Hill will not be charged by the Johnson County District Attorney’s Office," the statement said. "Due to the continued investigation by the Department for Children and Families, we will have no further comment at this time."

Overland Park police visited Hill’s residence, which he shares with fiancee Crystal Espinal and the couple’s 3-year-old child Zev, twice in March in connection with a child abuse investigation.

According to police records, officers visited Hill’s home in the 16400 block of Switzer Road March 5 and took information regarding a child abuse/neglect case at the home.

Hill and Espinal were listed among “others involved” in the report, which indicated that the case was closed three days later.

Police returned to Hill’s house March 14 to investigate the possible battery of a juvenile, though it’s unclear when the alleged battery took place.

Hill isn’t mentioned in the second report, but Espinal is listed again as “others involved.”

That case was forwarded to Howe’s office for consideration of charges, according to Overland Park Public Information Officer Ofc. John Lacy.

Howe said Wednesday that his office requested "quite a bit of follow-up work" from OPPD, which he said has completed its investigation.

The DCF child protection investigation remains ongoing, but records are generally sealed in family court. Details of the alleged abuse or any court-mandated requirements for Hill and Espinal — who is pregant with twins, Hill said at the Pro Bowl — may never be made public.

The Chiefs, through the NFL Security Department, requested documents in the initial case from the Overland Park police on March 14.

The club acknowledged March 15 that it was aware of the investigation after news leaked publicly.

The Johnson County DA’s acknowledged the investigation March 18, but offer not other details and had remained silent about Hill’s case for the last five weeks.

"We feel we are at an impasse at this point, and any other investigation at this point would be unnecessary and unwarranted ...," Howe said. "If there is any new evidence that could be brought to light, we could reassess that."

There is a five-year statute of limitations.

"It bothers us when we see something has happened to a child like this, and we can’t do anything about it ...," said Howe, who wanted to ensure the public the child is safe. "It’s a whodunit, and many times with child cases a child cannot speak for themselves, so it becomes a difficult situation."

Howe, who said he hasn't been in touch with anyone from the Chiefs organization during the course of the investigation "nor does that have any bearing on it," seemed frustrated on a personal level about the case.

"A child has been hurt … so yes, as a prosecutor, as a father of four kids, yes, it frustrates me when someone hurts a child that you can’t do anything about it," Howe said.

Espinal and Hill, who got engaged last year, appeared at a family court hearing in conjunction with a separate Kansas Department for Children and Families investigation last week. Neither Hill, Espinal or attorneys representing the couple spoke with reporters after that court appearance.

His selection in the fifth round of the 2016 NFL Draft was met with intense criticism by many Chiefs fans and domestic abuse victims advocacy groups.

Hill was kicked off the Oklahoma State football in December 2014 after he was arrested and charged with punching and choking a then-pregnant Espinal.

The Chiefs picked him after one season at West Alabama, where he transferred after the incident and dismissal.

Hill pleaded guilty in that domestic violence case in August 2015, but the plea was withdrawn and his record expunged in August 2018.

On the field during the last three seasons, Hill has emerged as a star on the field.

He scored 12 touchdowns — six receiving, three rushing, two on punt returns and one on a kick return — as a rookie.

Hill finished with 75 catches for 1,183 yards and seven touchdowns in 2017, emerging as one of the top young wide receivers in the NFL.

Buoyed by Patrick Mahomes’ MVP ascendance last fall, Hill improved his production to 87 catches for 1,479 yards and 12 touchdowns. He’s also had a punt return score each of the last two seasons.

Meeting with reporters last week in separate press conferences ahead of the 2019 NFL Draft, which begins Thursday in Nashville, Chiefs coach Andy Reid and general manager Brett Veach both said the investigation remained ongoing and offered no additional statement.