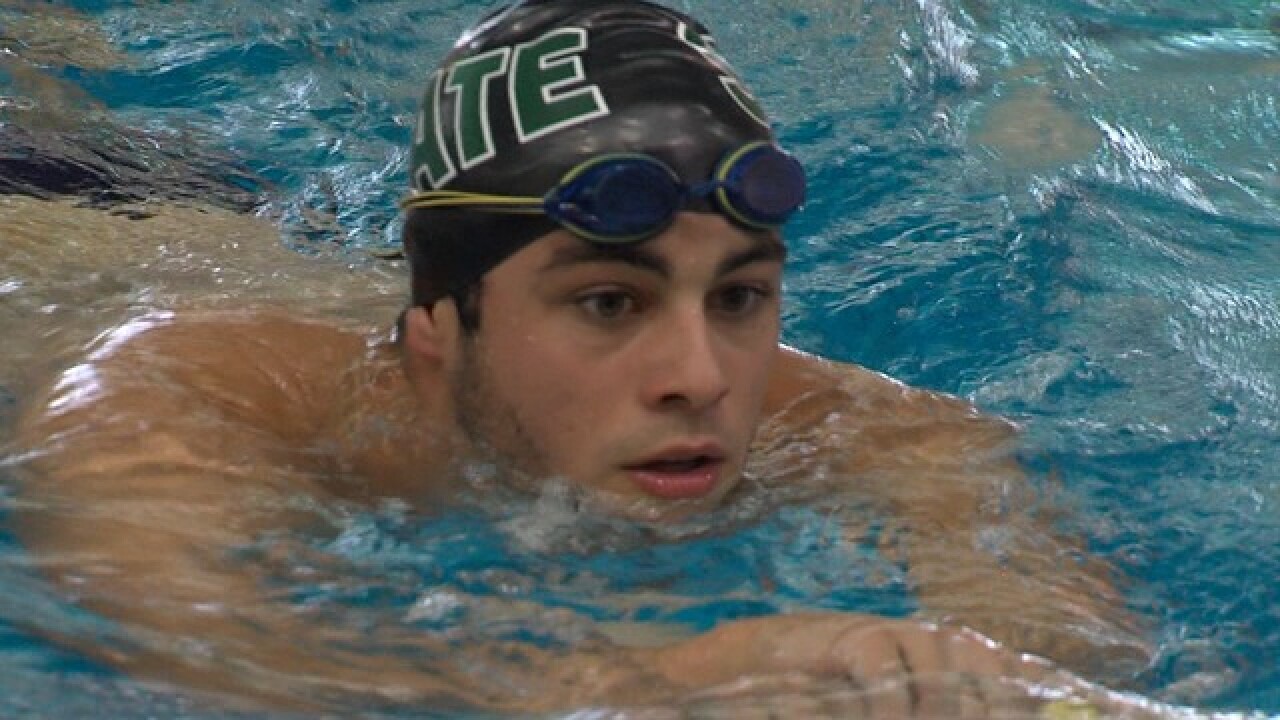 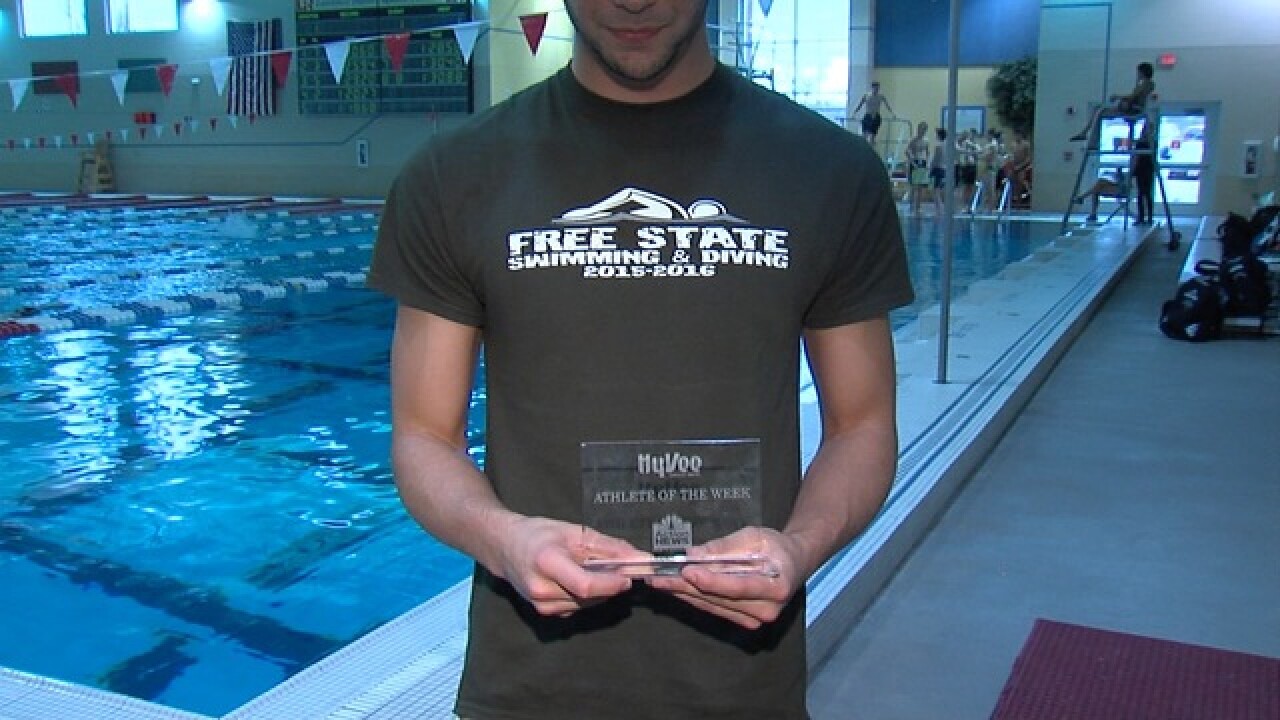 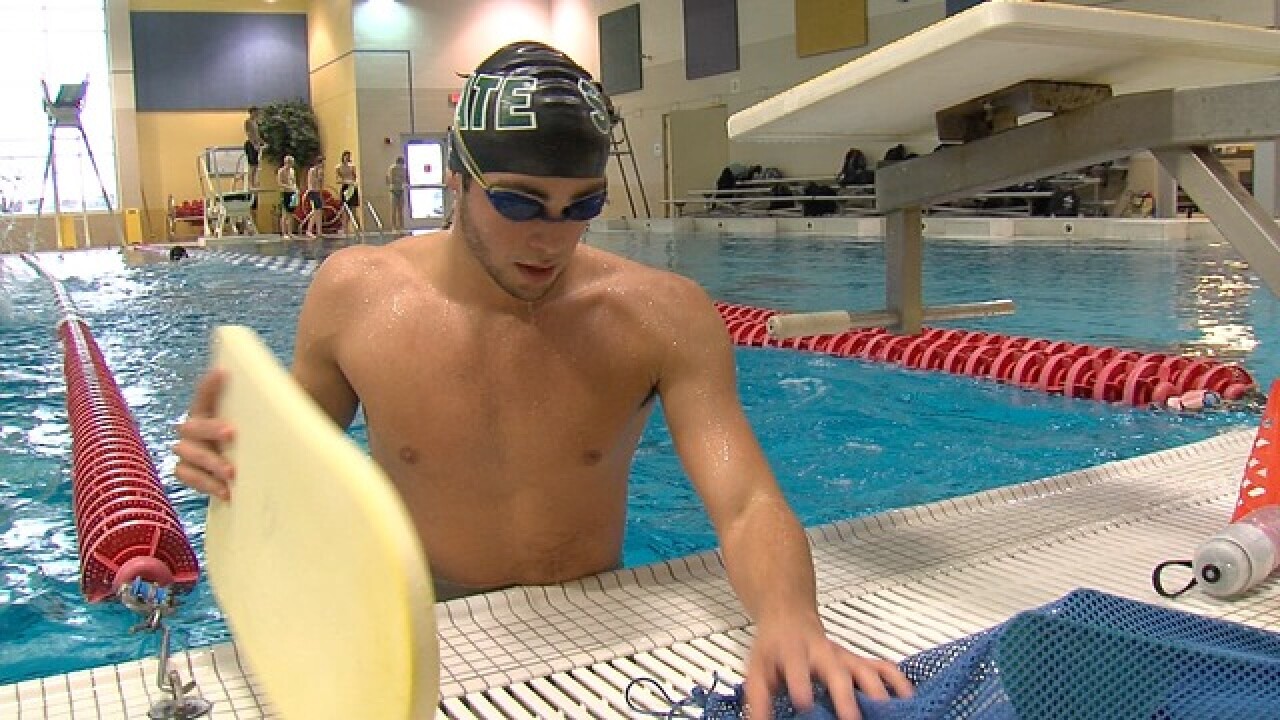 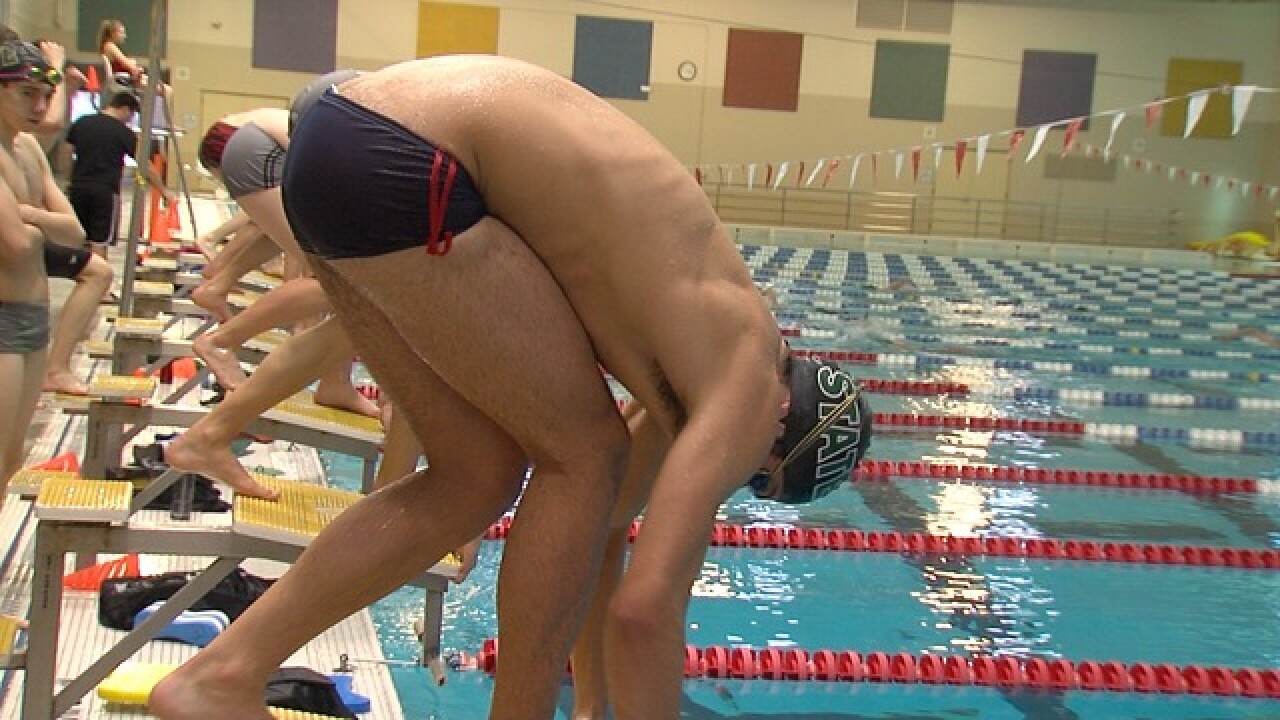 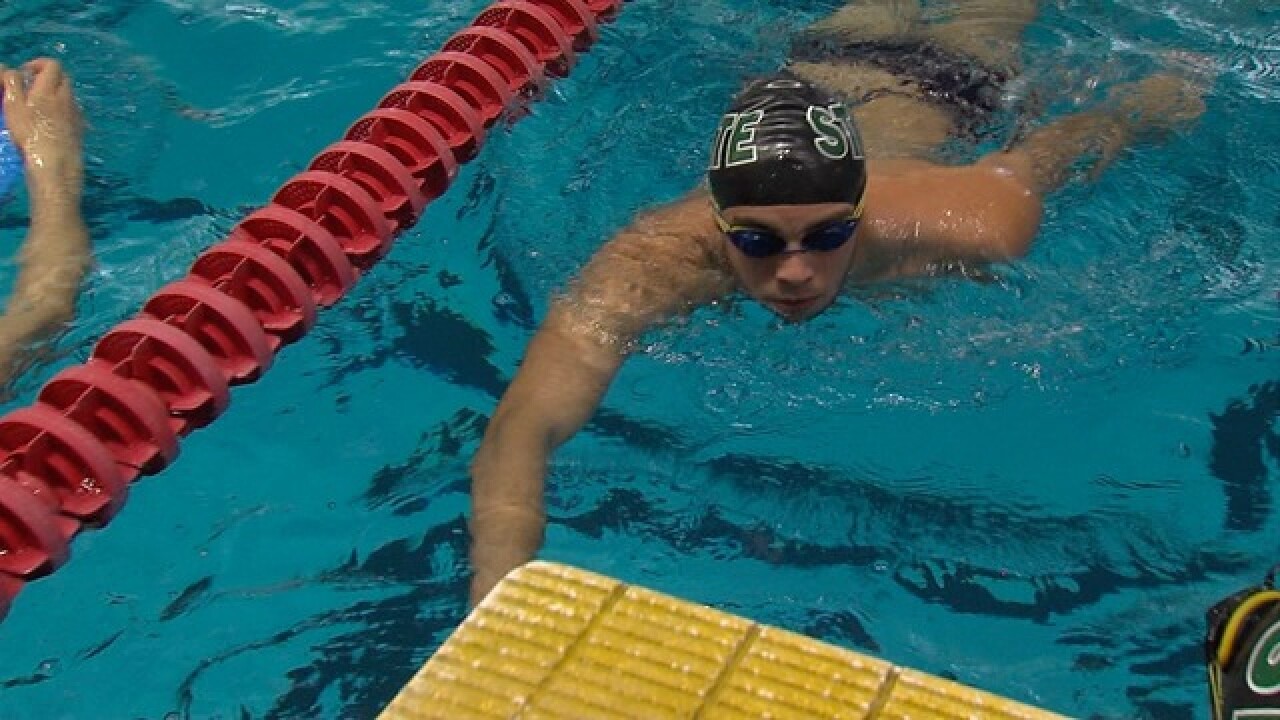 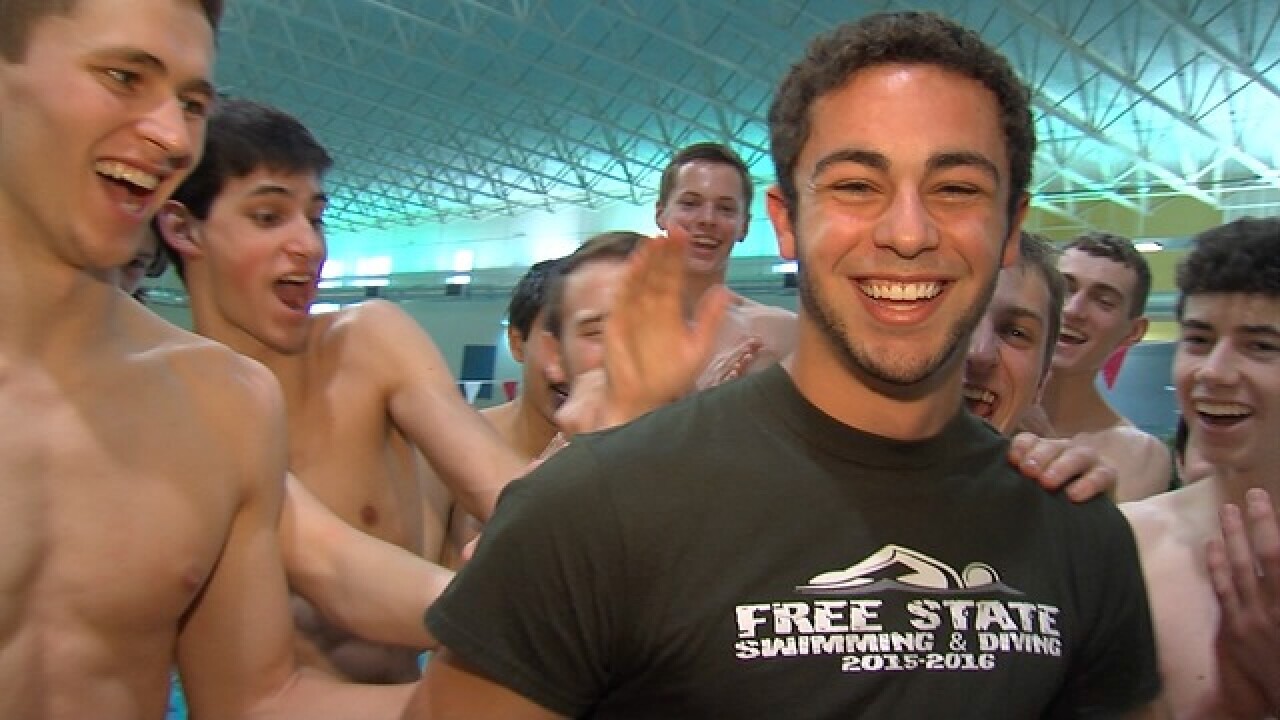 By: Ryan Marshall
Posted at 11:16 PM, Feb 02, 2016
It was one heck of a week-plus for Lawrence Free State junior swimmer Jordan Portela.
Jordan competed in two separate meets recently and dominated the competition. In the Topeka Invitational, last Tuesday, Portela won several events including: 100 meter Freestyle, 100 yard Freestyle, and the 200 Yard Medley Relay. He also finished second in the 400 yard Freestyle competition. His efforts helped his team finish second overall in the meet.
He was even more stellar in the Blue Valley Southwest Invitational. He won four total races including: 100 meter Butterfly, 100 meter Backstroke, 200 meter Backstroke, 400 meter Freestyle Relay. And, he also helped his team win the overall meet. Despite his huge success, Jordan stays humble.
"We knew we would have some great competition going in the meet," Jordan said. "Last year, we placed third at state to Shawnee Mission East and Blue Valley North. So, we knew those teams would be right up there again in that meet."
This is not the first Portela that Firebirds Boys & Girls Swimming Head Coach Annette McDonald has coached. She also coached his brother (Anthony) and his sister (Chloe) who both went on to swim collegiately at the University of Minnesota. Additionally, his father swam for the Puerto Rican national team during the 1984 Summer Olympics in Los Angeles. His mother also swam in the 1984 U.S. Olympic Swimming Trials. Swimming certainly runs deep in his family history.
Jordan has some big shoes to fill.
"It is a lot of pressure. But, it is also a good thing," Jordan said. "Since my family also swam, they give me great feedback. They've been in the same position I have just waking up for more practices, pushing yourself when you're down and having a hard practice."
Firebirds Boys & Girls Swimming Head Coach Annette McDonald knows all about the family swimming story, and about Jordan's swimming past.
"Freshman and Sophomore year, he's been Athlete of the Meet at the State Championship Meet because he won both his events: the 200 Free, 100 Fly, setting some new records," Coach McDonald said.
Last year, Jordan set two Kansas Class 6A Boys State swimming records: in the 100 yard butterfly with a time of (49.77 seconds), and in the 400 yard freestyle relay (3:08:07). Accomplishments like that have gotten him a lot of interest from Division I colleges like Arizona State.
"I actually swam for LSU. And, he got a letter from them [too]. So, that made me pretty happy," Coach McDonald said.
There's also a possibility Jordan would follow in his siblings footsteps.
"Minnesota. Both my sister and brother went there. And, that was kind of fun talking to them because the coach knows my siblings. [I'm] still looking around, keeping my options open," Portela said.
NOTE: The Hy-Vee 41 5-Star Athlete of the Week piece airs every Thursday night during the 41 Action Sports segment at 10 p.m. for the entire school year.
Scripps Only Content 2016