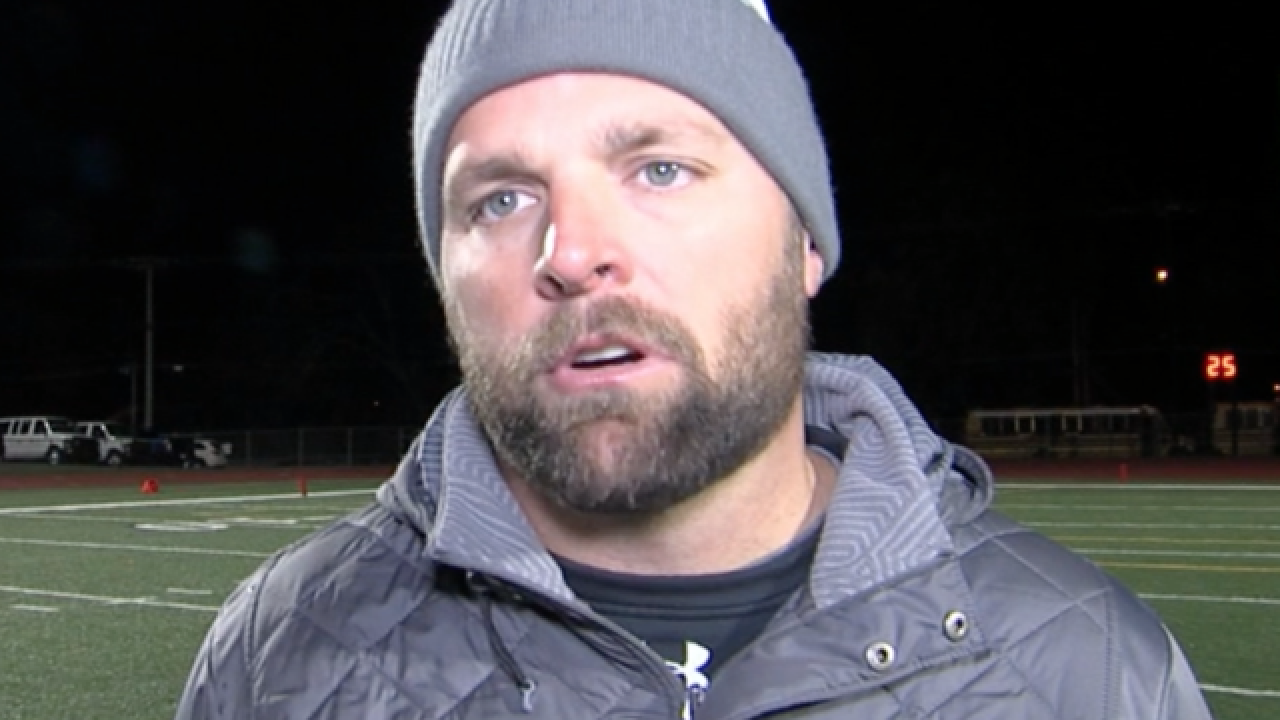 KANSAS CITY, Mo. — It was less than a year ago that Dustin Delaney resigned as the Shawnee Mission East football coach, citing irreconcilable differences with administrative decisions he believed were detrimental to student-athletes.

Delaney, who led the Lancers to the only state title in program history in 2014, didn’t last long in his new job either. He resigned Thursday as the football coach at Eaglecrest High in Centennial, Colorado.

Delaney chastised the Cherry Creek School District in a social media post announcing his resignation, saying the district was failing to live up to its motto — “dedicated to excellence.”

“Since I moved here at the beginning of June, I have seen nothing even resembling excellence,” he wrote. “All I have seen is a decaying school district where no one takes accountability and everyone shifts the blame for not having work done.”

I resigned as coach at Eaglecrest HS today. Here is my personal opinion of why I resigned pic.twitter.com/N6YBsn2KHu

Delaney said he took a pay cut to coach at Eaglecrest and “fought tooth and nail” to improve player safety and basic facilities.

He cited non-working toilets, sinks and showers in the locker room and unsanitary weight room conditions, noting that the workout room wasn’t cleaned at all during the summer.

Furthermore, Delaney said the practice field is unsafe, because buried sprinkler heads have created “a massive pothole.” He said two players have been injured and requests to the district to fix the problem have gone unanswered.

“The district has been aware for a long time that fields are unsafe,” Delaney wrote.

He further noted that other potholes on the field were filled with “a mixture of dirt, gravel and rocks (some as big as my fist).”

“I can no longer coach these fine young men because it is not healthy for me, for my family, or for the team,” Delaney wrote. “I spend all day fighting things for the benefit of kids and can no longer do it. I am exhausted. I hope this letter and my resignation jump-start the fixes that our students deserve.”

He also tweeted a photo of a bent knee brace a player was expected to wear, which he claimed was damaged by the poor field conditions.

I could not keep putting kids out there in good conscience. I tried to correct way since May by going through the district. I will not jeopardize the health of players.

The district responded to Delaney’s resignation and the rationale he used Thursday afternoon in a statement emailed to 41 Action News.

"It is unfortunate that Coach Delaney decided to leave his team at this point in the season,” a district spokesperson said. “We have addressed concerns raised by Mr. Delaney over the summer and will continue to address needs as they arise. Eaglecrest has a long record of success academically and athletically and our focus moving forward is on our students. We met with players and parents this afternoon and look forward to a successful season with a new coaching staff.”

Offensive coordinator Garrett Looney has been chosen as interim coach for the Raptors, who knocked off Highlands Ranch 49-35 on Aug. 24 in the season opener.

“We are excited to move forward with our program for the rest of the season,” Eaglecrest athletic director Vince Orlando said in an emailed statement to 41 Action News before directing further inquiry to a district spokesperson.

Delaney coached SM East last season but announced after the Lancers’ playoff run ended that he’d tendered a letter of resignation Aug. 31. He remained a physical education teacher at the school through the 2017-18 school year.