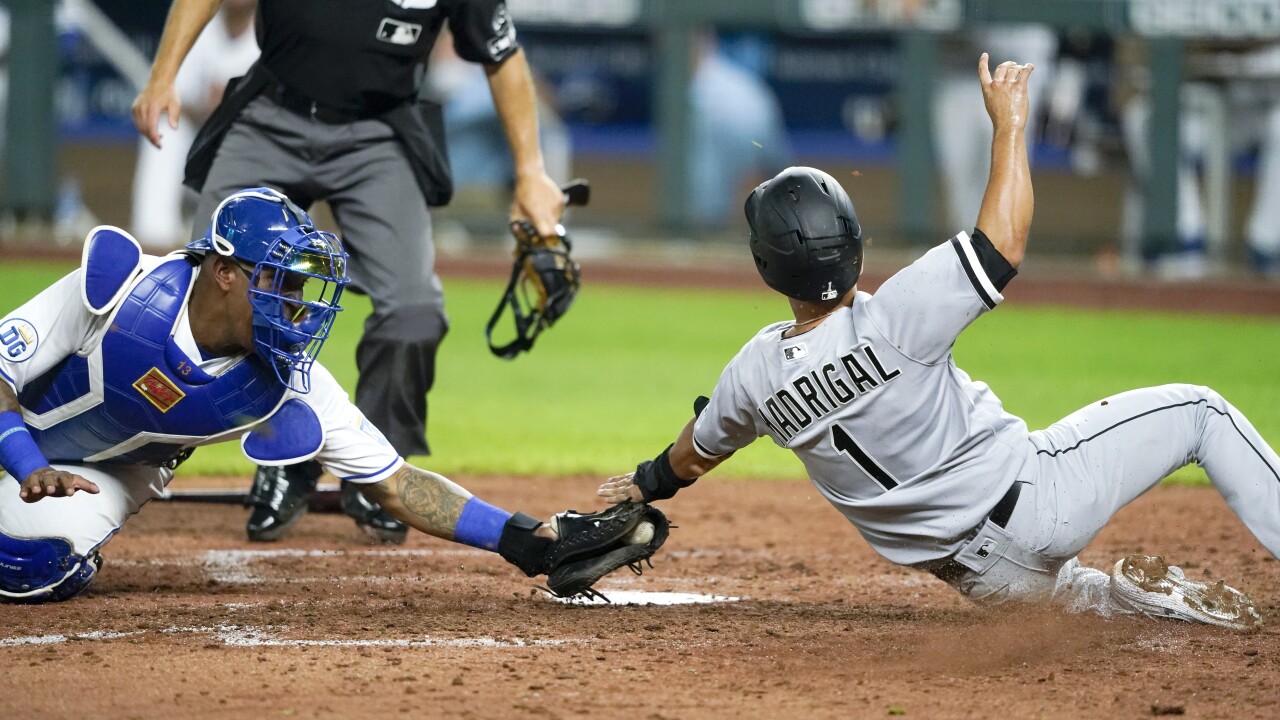 (Copyright 2020 The Associated Press. All rights reserved. This material may not be published, broadcast, rewritten or redistributed.)
Charlie Riedel/AP
Chicago White Sox's Nick Madrigal (1) is tagged out by Kansas City Royals catcher Salvador Perez as he tried to score on a single hit by Leury Garcia during the seventh inning of a baseball game Friday, July 31, 2020, in Kansas City, Mo.

There were no fans in the stands, but there were some entertaining cutouts and piped-in fan noise to fill the void.

He only gave up three hits and two earned runs with three strikeouts in four innings, but was saddled with the loss as Chicago prevailed 3-2.

"Fastball command throughout the night was probably not what I wanted." he said. "Good to get the first one out of the way, but going forward I obviously expect to have better fastball command, be in better counts. I let a few get away from me, but overall a positive experience."

Adam Engel's second-inning home run to left proved to be the difference.

Salvador Perez delivered an RBI single in the third as part of a three-hit night Ryan McBroom launched his first major league home run, a solo shot in the sixth, but it wasn't quite enough.

"I felt like it was a monkey on my back," McBroom said of leaving the yard. "It was nice finally. The first one I feel like is always the toughest one. The goal is to obviously just barrel the ball up every time you can and help the team win. Truthfully, that's what I was trying to do tonight, and it felt really good."

The Royals are now 3-5 overall with two more games this weekend against the White Sox.

"We had a couple chances today," manager Mike Matheny said. "That has been the same story. We had some guys on base, we needed a big two-out hits and unfortunately we didn't get them. It's just a shame that the runs we gave up early, even one of those not being earned, ended up as what got us. But these one-run games make us better."