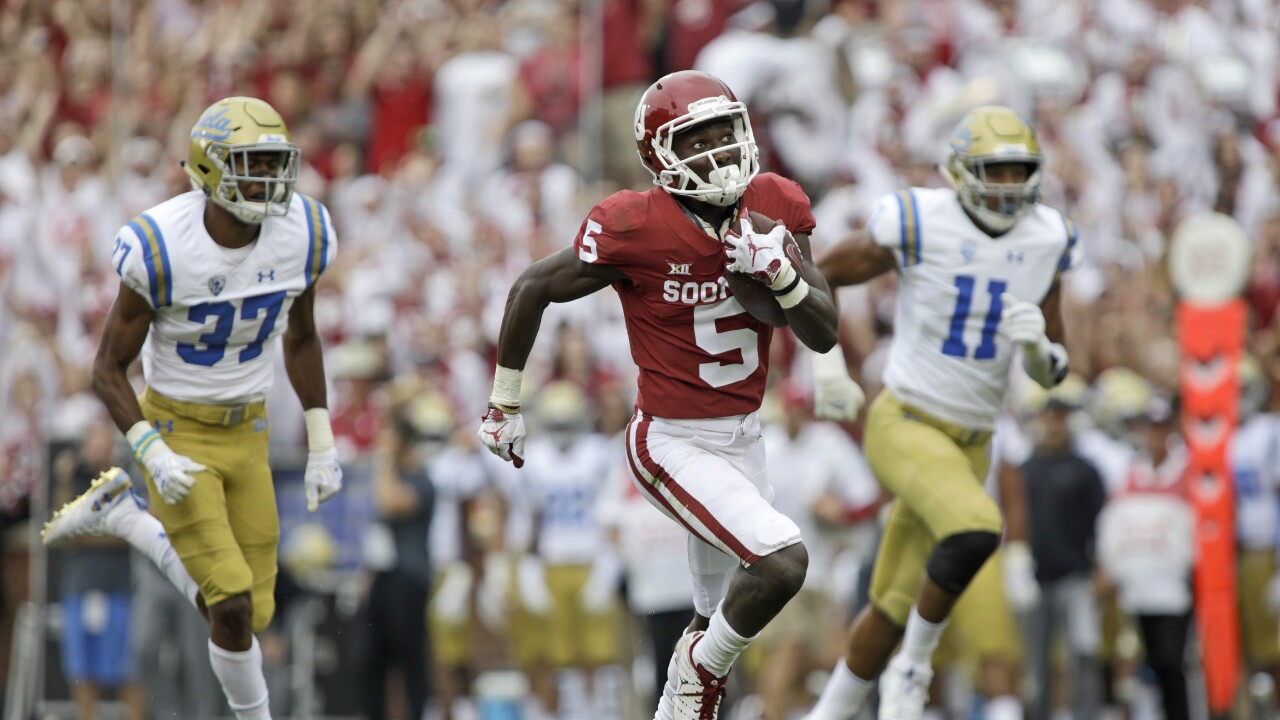 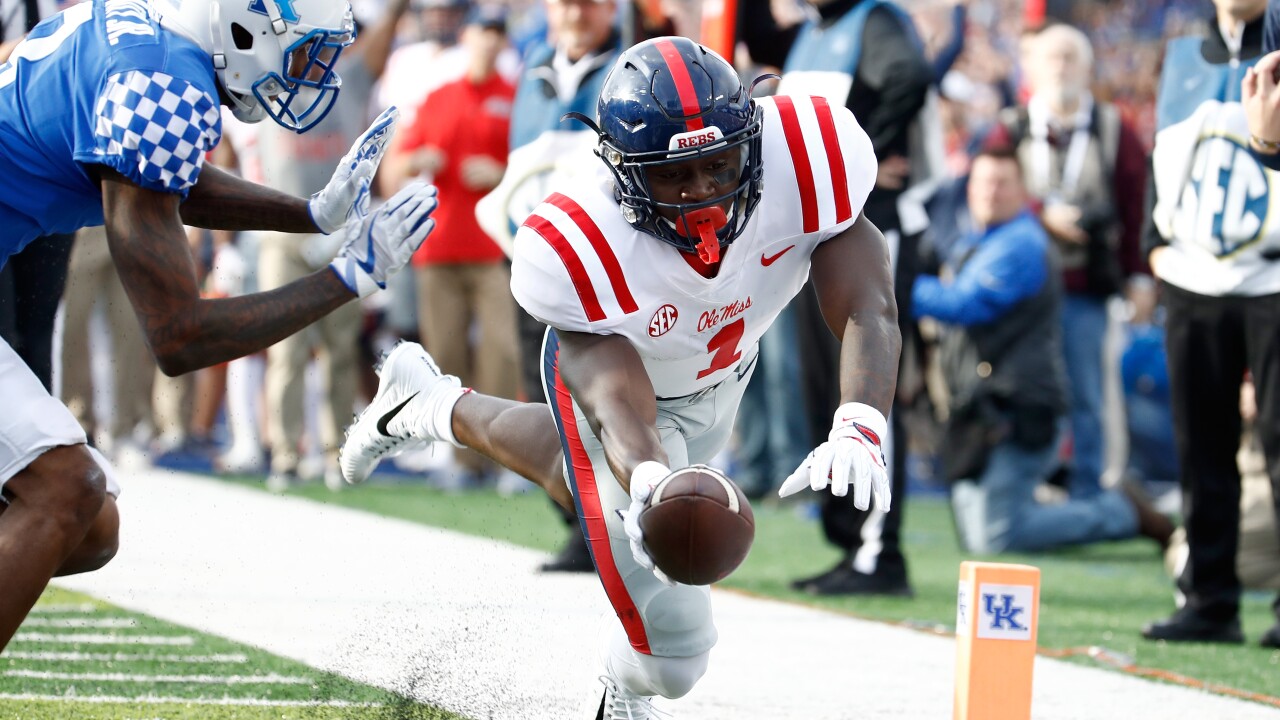 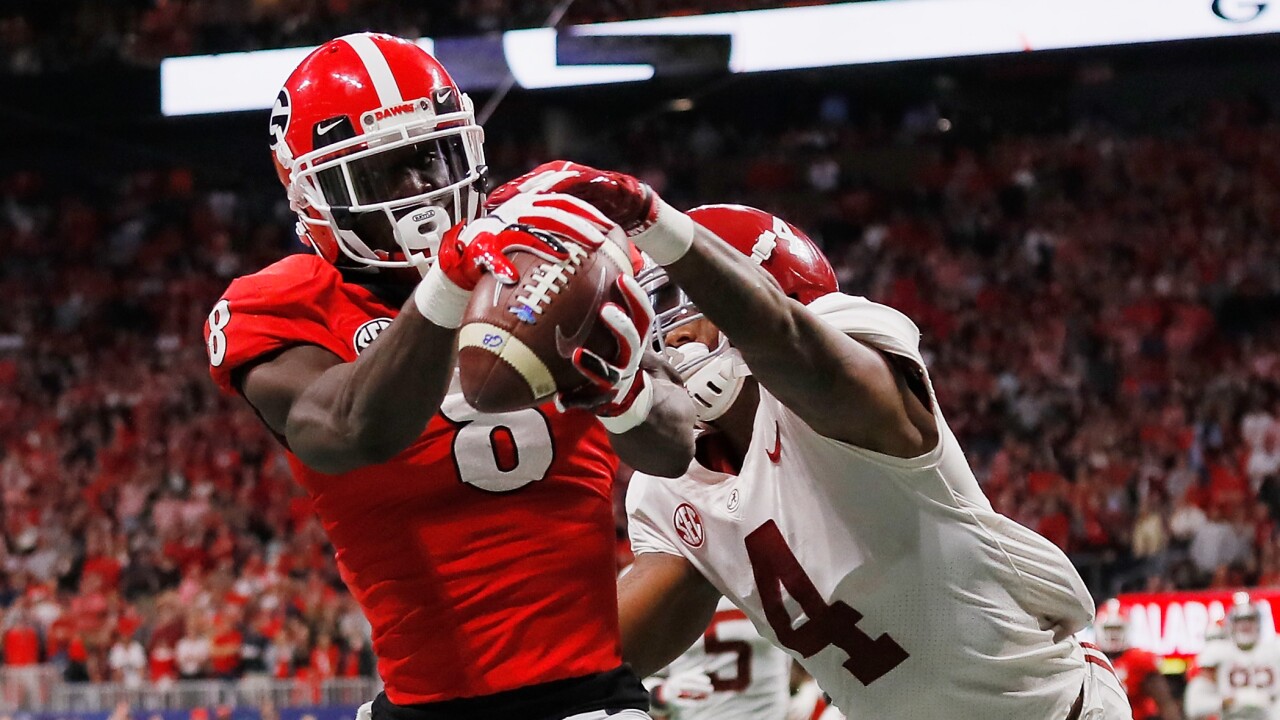 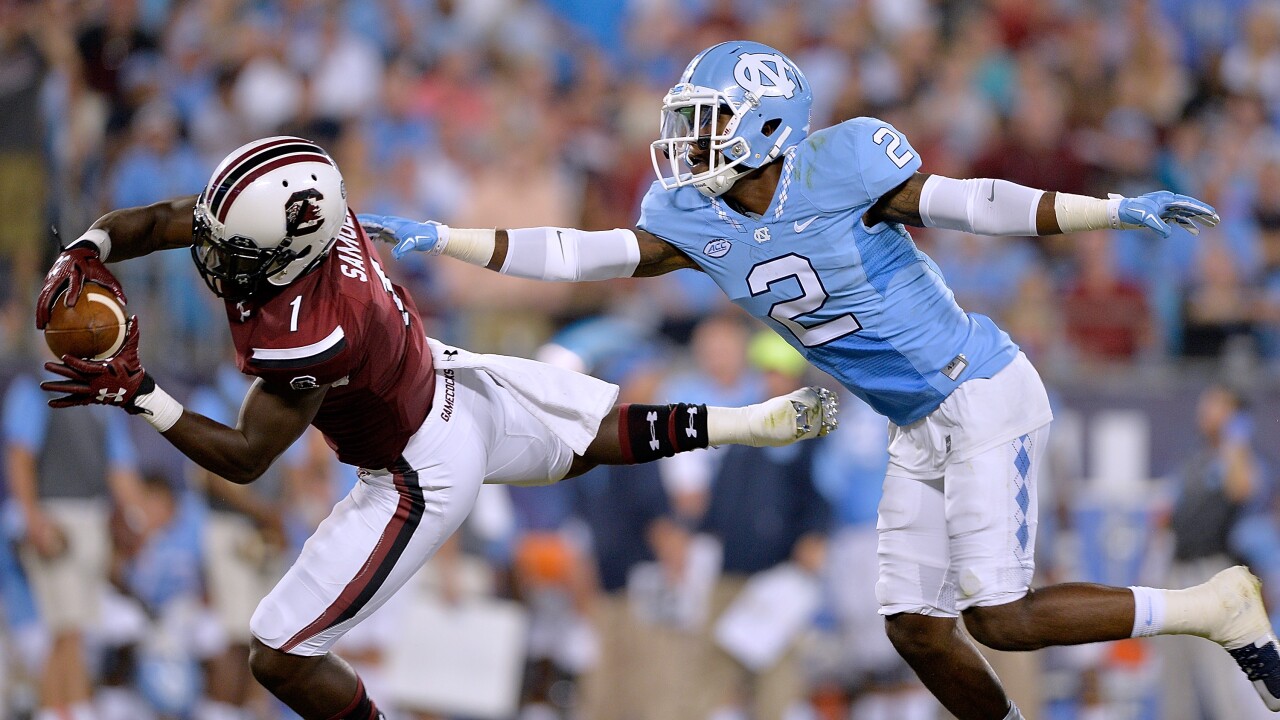 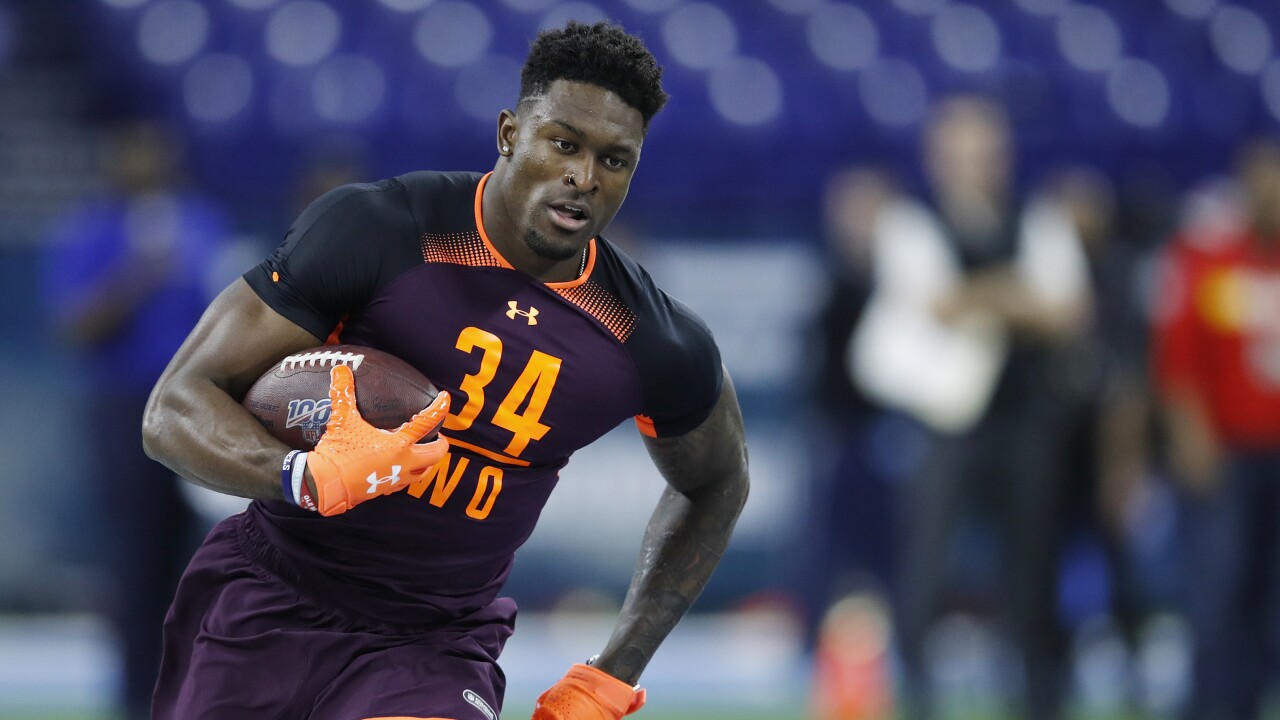 New England's defense double-teamed Tyreek Hill through much of the game, playing press coverage on the other receiving options in KC's the offense.

With that defensive game plan, the Patriots were able to put consistent pressure on Chiefs quarterback Patrick Mahomes, which helped fuel a first-half defensive shutout.

Fast forward three months and the need for additions at wide receiver remains a pressing issue. Here are some receivers who fit the bill for the Chiefs high-powered offense:

Brown has the speed to take it the distance on any route or any play. He has great double moves with his stutters and explodes out of his stop and start.

The former Sooners star also has great open-field vision and the ability to help his quarterback during "fire drill" situations. Brown's size could be cause for concern about his durability at the next level, but his rare speed outweighs it.

Brown has great size combined with good speed. His route tree was limited at Ole Miss, so he likely would need time to expand his ability in that department.

Brown is explosive with the ball in his hands and great vision in the open field.

Ridley catches the ball cleanly and makes the timing of his extension look routine against cornerbacks. He sets up his releases, breaks and double moves with subtle sells in his route.

The younger brother of Atlanta Falcons wide receiver Calvin Ridley, he gets separation just by being a savvy route runner. Ridley trusts his technique and is calm tracking the football.

Samuel has the speed to outrun pursuit angles. He is willing to attack the football and catches it cleanly.

The former Gamecocks star is strong enough to break tackles and knows how to find voids in coverage.

Metcalf has good speed on tape but not elite speed as his 40-yard dash time suggests.

He struggles to climb back on top of routes and routinely allows himself to be pushed to the boundary.

Metcalf didn't fight for position on tape but has long arms to extend for passes. He has good vision in the open field, but a limited route tree will demand patience in his development.

Williams does a good job getting clean releases with his technique. He has a good catch radius and will sacrifice his body for the football.

Add it up, and it means Williams is a red-zone mismatch on jump balls. He handles slants and crossing routes well, but doesn't get great separation on the routes based on his speed.

Campbell will be a solid third receiver as he develops the finer points in his game. He has good speed, vision in the open field, and catches the ball cleanly along with a good feel for voids in zone coverage.

Isabella needs to trust his speed rather than waste motion with head fakes and stutters to get open. He is explosive once the ball is in his hands and showcases great vision in the open field.

Isabella makes tough over-the-shoulder catches look routine, but he must refine his route-running at the next level.

Brady might have the strongest hands among this year's receivers. He provides the best of both worlds with qualities of both a possession and speed receiver

Morgan is a strong possession receiver who moves the chains. He is willing to make the tough catches over the middle and attacks the football when it is thrown his way.

Additionally, Morgan has impressive hands and finds ways to create separation through his cuts and by boxing out defenders.

The Chiefs have a solid group of prospects to pick from in this year's draft.

While the urgency to find a receiver capable of making an immediate impact isn't high right now, the ability exists to make additions that help the group become a strength of the roster.

General manager Brett Veach should have plenty of options from the first to sixth rounds for Kansas City to find a receiver able to contribute in 2019.