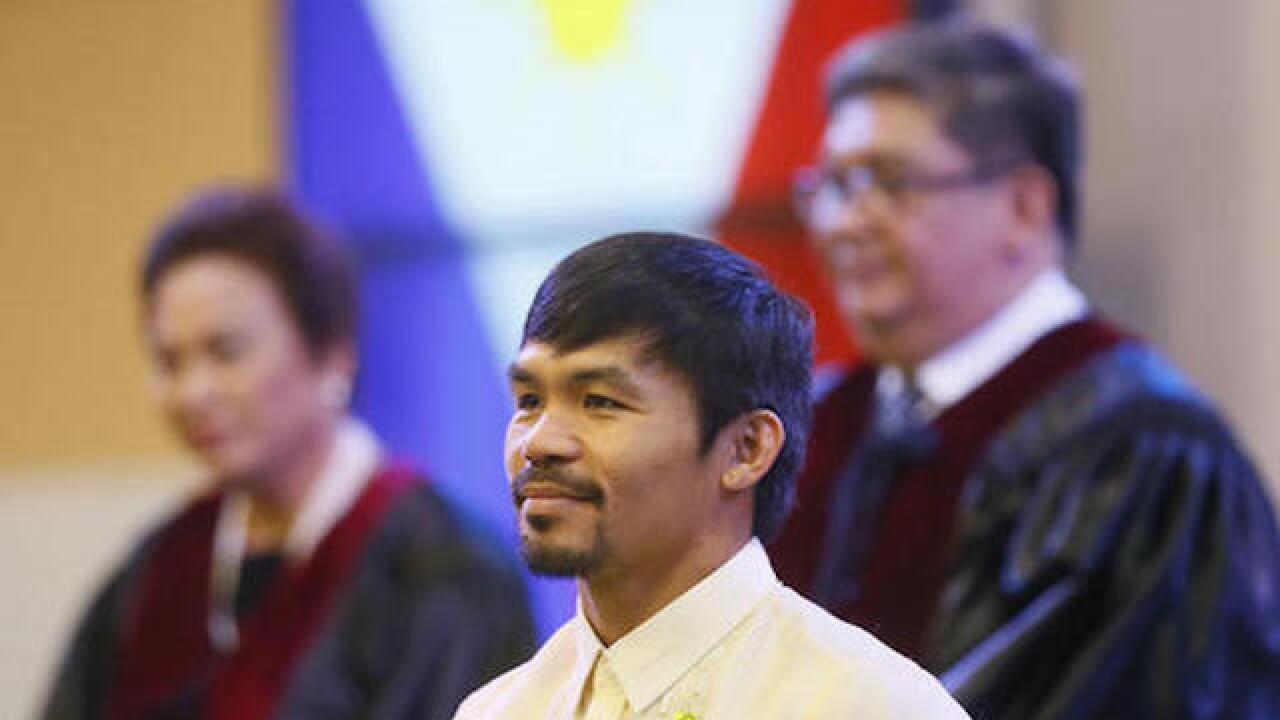 LAUSANNE, Switzerland (AP) — Professional boxers can compete at the Olympics in Rio de Janeiro, if they qualify.

An overwhelming vote by the sport's governing body, known as AIBA, on Wednesday allows any boxer to try to qualify next month and earn selection for their national team. But AIBA's plan has been criticized across the professional ranks as a move toward dangerous mismatches between established boxers and inexperienced amateurs.

"At the moment it is difficult to anticipate (how many), but there will be some who want to get qualification," AIBA President CK Wu said after a special meeting of member federations.

Although Manny Pacquiao had been slated to be a superstar attraction in Rio, he decided last week to focus on his political career after being elected a senator in the Philippines.

Of 88 federations who came to Lausanne for the single-issue meeting, 84 approved the rule change less than 10 weeks before the first bouts in Rio. The other four members abstained, AIBA said.

A total of 26 entry places can be earned at an Olympic qualifying tournament in Venezuela next month, AIBA said.

Though few pros are likely to make the Rio lineup at such short notice, the longer term aim is letting paid fighters know they should target the Tokyo Olympics in 2020.

"These are milestones for Tokyo. This is what is happening now," Netherlands federation president Boris van der Vorst said.

Wu has consistently pushed to extend AIBA's influence over professional boxing, and already relaxed rules to allow paid fighters to compete at the Olympics.

In 2013, eligibility for Rio was given to boxers who are signed to AIBA-run professional tournaments.

It is unclear how many professional fighters would be attracted by an Olympic tournament — fighting up to five times over two weeks and going unpaid.

Some would also likely not meet the demands of already being in a testing regime with their national federation approved by the World Anti-Doing Agency.

"We know some of them have been but we can't tell exactly how many," said Wu, ruling out awarding wild-card entries to high-profile names.

Wu defended AIBA's doping record, which has been criticized for little or no out-of-competition testing since the 2012 London Olympics.

"We have tremendous change, a lot of effort," Wu said, adding that all boxers in Rio would comply with WADA testing standards ahead of the games. "These people have to be subjected to the full testing."