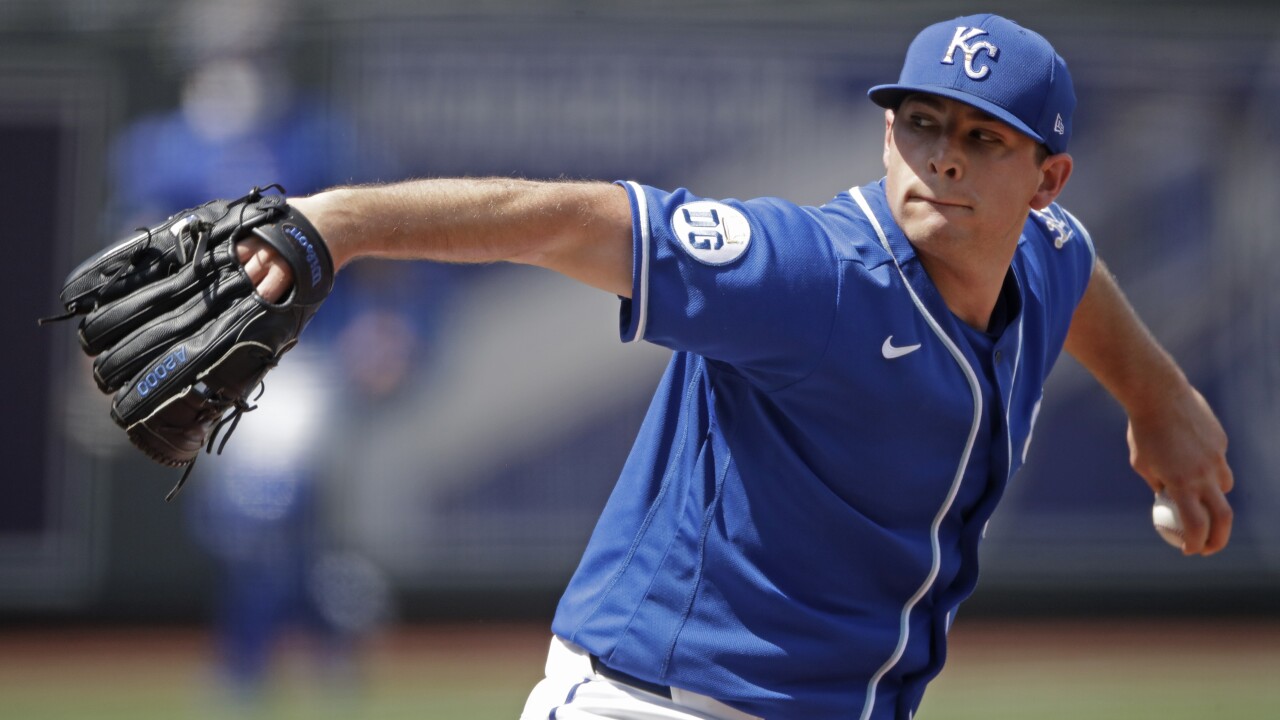 KANSAS CITY, Mo. — Ahead of the 2020 home opener, the Royals announced a roster move, bringing up another promising rookie for the pitching rotation.

Left-hander Kris Bubic has been selected to the major league roster and will make his big-league debut against the Chicago White Sox at 7:05 p.m. at Kauffman Stadium.

Bubic, a California native, led the minor leagues with 185 strikeouts last season. He was a first-round pick in the 2018 draft and finished 2019 with a 2.23 ERA in 26 starts, 17 at Class High-A Wilmington and nine at Class A Lexington.

No pitcher in @MiLB had more strikeouts last year than Kris Bubic.

Some notes on the newest southpaw in our arsenal.#AlwaysRoyal pic.twitter.com/B9mf0zCok1

Bubic, who was picked No. 40 overall, will be the second of the Royals' stash of stud arms to make his debut this season.

Right-hander Brady Singer, who was chosen 18th overall in the same draft, has started two games for Kansas City this season.

He has allowed two runs in five innings in both appearances, a pair of no decisions against Cleveland and Detroit.

Left-hander Foster Griffin, who suffered a left forearm strain after throwing 1 2/3 innings Monday in Detroit, has been transferred to the 60-day injured list. The move ends his season.

The club also announced that right-hander Jorge Lopez has been placed on the family medical emergency list.

Kansas City went 3-4 on a seven-game road trip to kick off the pandemic-delayed season in Cleveland and Detroit.