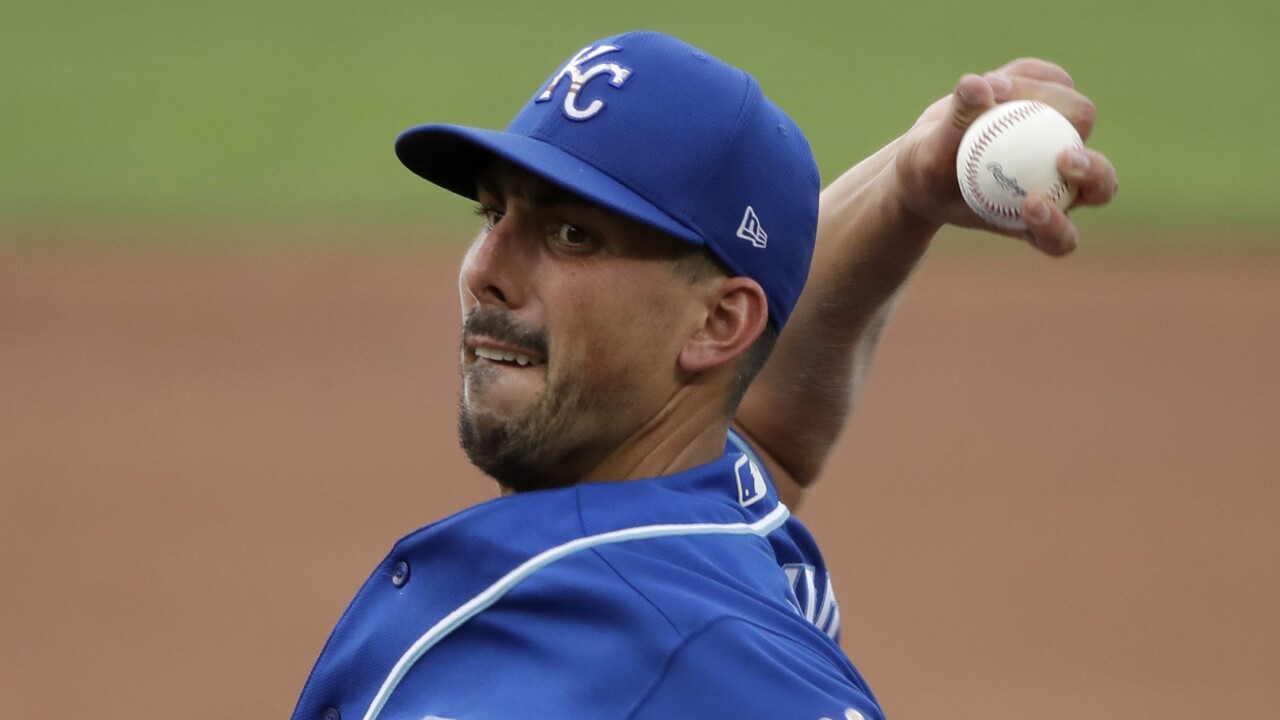 KANSAS CITY, Mo. — The Kansas City Royals have placed right-hander Chance Adams and left-hander Randy Rosario on the injured list and right-hander Jesse Hahn on the bereavement list as they pared their roster down to 30 players ahead of opening day.

Backup catcher Meibrys Viloria was reinstated from the injured list and recalled along with right-hander Ronald Bolanos and outfielder Franchy Cordero. The latter two players were acquired in a recent trade with San Diego.

The Royals open the 60-game season, which was delayed due to the COVID-19 pandemic, on Friday in Cleveland.

Infielder/outfielder Hunter Dozier and two starting right-handers, Brad Keller and Jakob Junis, will start the season on the injured list along with first baseman Ryan O'Hearn and catcher Cam Gallagher — all players who've tested positive this summer for the coronavirus.

Rookie right-hander Brady Singer, who is scheduled to start Saturday, did not make the opening day roster, so he will have to be added after Friday's first game in Cleveland.