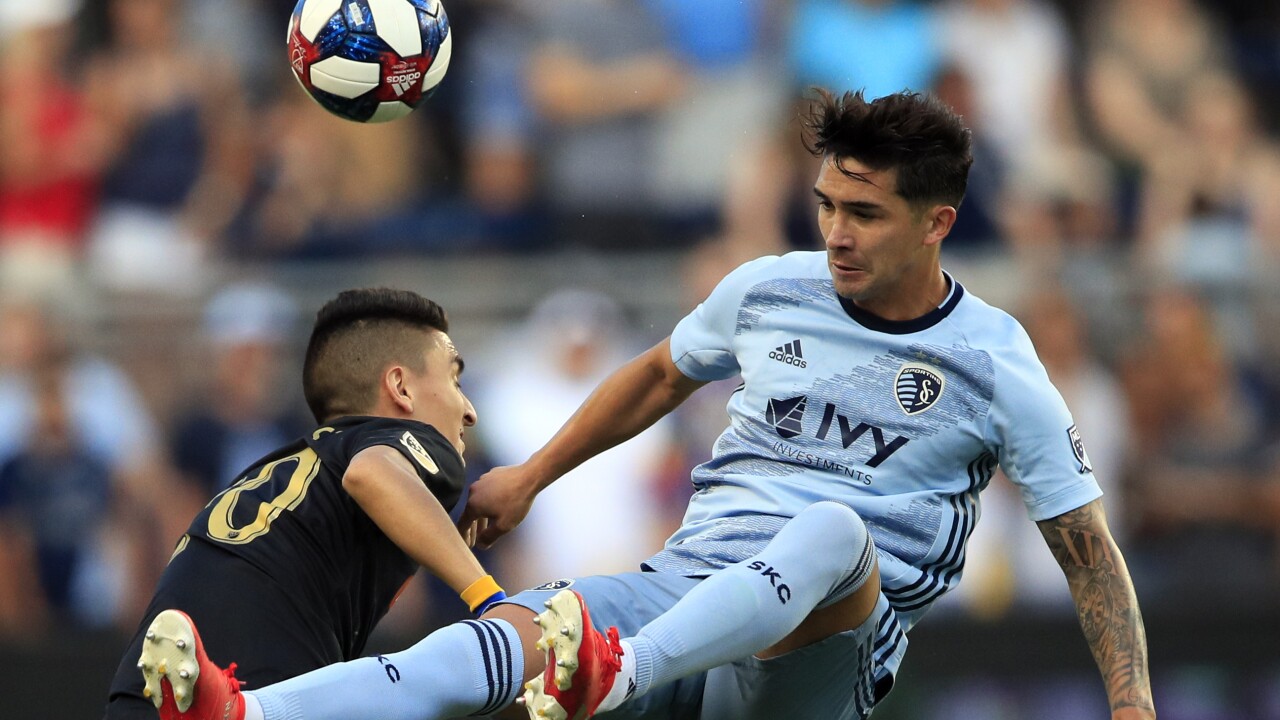 (Copyright 2020 The Associated Press. All rights reserved. This material may not be published, broadcast, rewritten or redistributed.)
Orlin Wagner/AP
Los Angeles FC midfielder Eduard Atuesta, left, heads the ball away from Sporting Kansas City midfielder Felipe Gutierrez during the first half of an MLS soccer match in Kansas City, Kan., Wednesday, July 3, 2019.

Midfielder Felipe Gutierrez had a cartilage defect repaired in his knee, according to the club. He’s expected to be sidelined seven to nine months.

The 29-year-old Gutierrez, a native of Chile, is in his third season with Sporting KC. He led the team with 12 goals last season.

Gutierrez is one of the club’s Designated Players. He scored seven goals with two assists in 20 games during his debut season with Sporting KC, adding three more assists during the 2018 postseason as the club reached the Western Conference semifinals.

Last season, Gutierrez appeared in 32 games and chipped in three assists to his team-high goal tally.

Gutierrez, who had been sidelined since the preseason, had yet to make an appearance for the club in 2020.

Sporting KC was undefeated in two games and had outscored its first two opponents 7-1 when MLS suspended its season in March.

The league allowed teams to resume full-squad training, which Sporting KC did early this week.

MLS plans to resume the season with a summer-long tournament beginning in early July in the Orlando area.