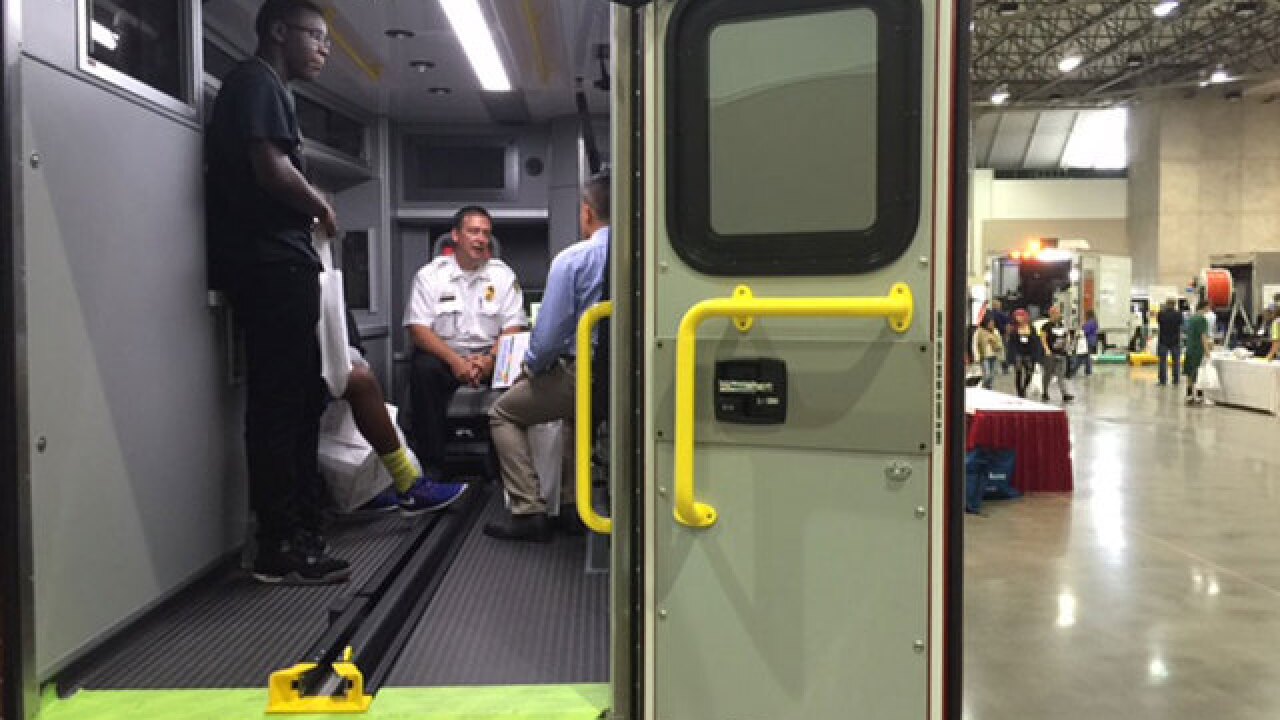 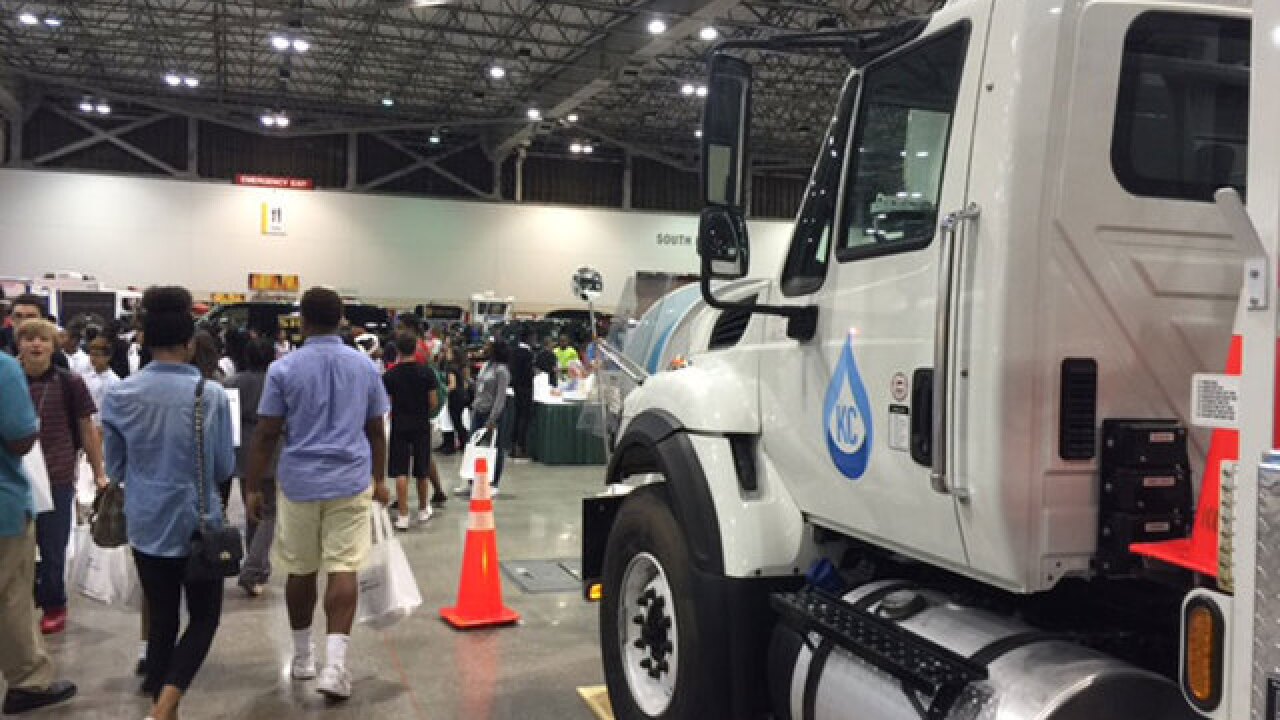 It’s a job fair like you've probably never seen before -- a job fair for kids.

"This activity today is to help kids to connect up with, ‘Gee, I think I'd like to be a lawyer or I'd like to be a public information officer in local or county government,’ and that's the intent," said Gordon Criswell, Assistant County Administrator with the Unified Government of Wyandotte County and KCK.

The KCK Fire Department and the Kansas City Public Works Department were among the agencies on hand, attracting more than 3,200 kids from around the region.

"It's like getting to me a little bit, making me choose," said Grandview High School senior Jaice Parker. "I don't know; it's making me think about it."

It's estimated that over the next fifteen years, the KC metro will need to fill 20 to 30,000 public service jobs.

"A lot of our kids don't know that the subjects they're studying in school, geology and chemistry and horticulture, these are all careers that we have in the public sector," said Criswell.