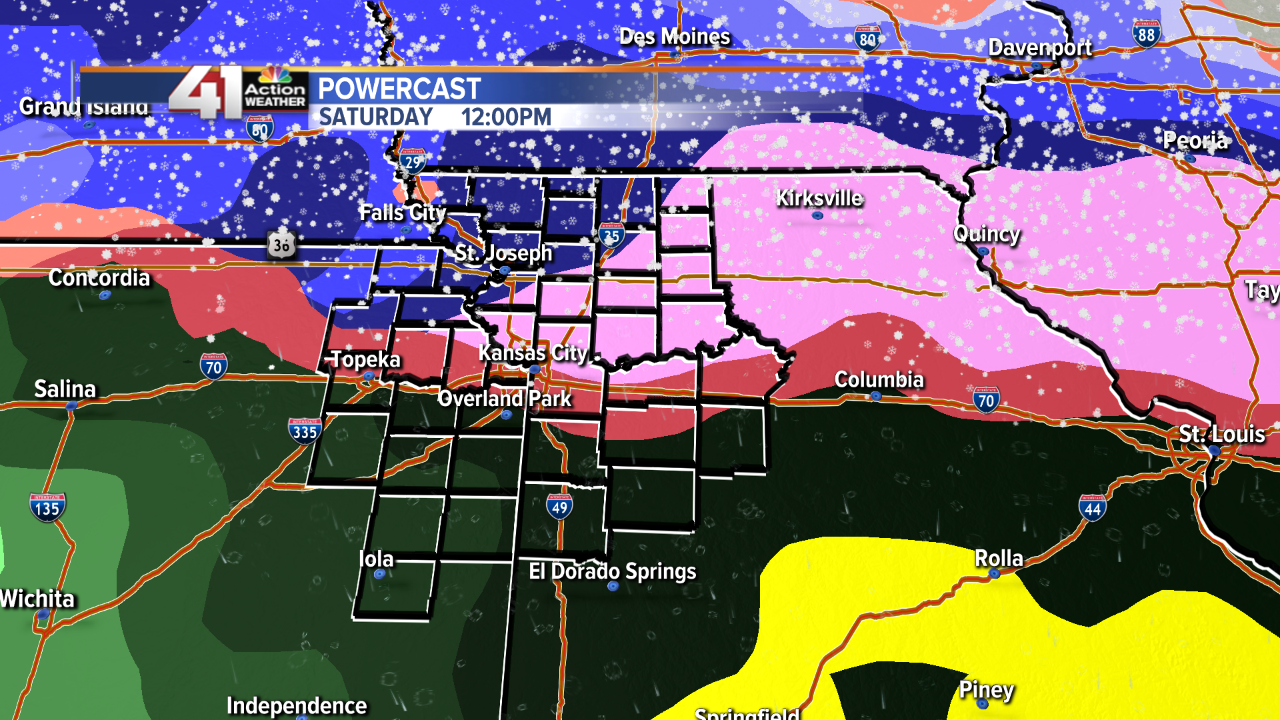 The Monday rain storm started an active weather pattern. Last night a strong to severe area of thunderstorms tracked from central Kansas to southern Missouri. As of the writing of this blog it was tracking across Mississippi and Alabama in a weakened state. Thursday we are tracking another system with a strong cold front. This will be followed by a wet system Friday night and Saturday that will bring rain and snow. This will be followed by 2-3 more systems next week.

Before we go through the forecast, where do we stand on 2020 rainfall and winter 2019-20 snowfall?

After the daily record rainfall Monday of 1.73" we are nearly triple where we should be for this point in March. We are about 2" above average for the year. We will be adding quite a bit to these totals the next 10 days.

THURSDAY: A system will bring scattered showers and thunderstorms during the morning. Rainfall will be in the trace to .25" range. This will be followed by a strong cold front. Highs will reach 60-65 before the cold front arrives. The cold air will lag behind the front, so temperatures will drop slowly after it moves by with increasing sunshine.

FRIDAY: A wet storm system will approach from the southwest. You can see by 5 PM Friday there will be a large area of rain and snow across the Rockies and central/southern Plains. We will be dry and mostly cloudy Friday with lows in the 30s and highs around 50.

FRIDAY NIGHT: The rain and snow move in with the rain-snow line near I-70. If we are going to see accumulating snow, it will be in between midnight and 8 AM. The reason is that the atmosphere will be a bit colder and it is at night. It is very hard to get snow to accumulate during the day this time of year due to the high sun angle. Paved surfaces absorb a lot of the suns radiation. So, if it snows hard enough before sunrise, then we will see accumulation on all surfaces with temperatures 32-34. If it is 34-37, then we will see a rain-snow mix with no accumulation. It really depends on where the rain-snow line sets up. Since, it is still around I-70, it is making the forecast quite challenging. This is only Wednesday, so we have plenty of time to monitor this.

SATURDAY: There is 100% chance of rain and snow. The question is where will the rain-snow line be located. In areas that see all snow there will only be accumulation during the day if it comes down hard. The precipitation ends Saturday night. There won't be any refreezing as lows will be in the 30s. Sunday will be cloudy and dry with highs in the 40s.

There will be more storm systems next week. They will most likely be rain for us, but snow north.

SNOWFALL FORECAST NEXT 10 DAYS: Yes, that is a 2.7" for KC. It depends on what happens Friday night. Take a look at the northern Plains. Rapid City may see 2 feet of snow with 1-2 feet over much of the Dakotas and Montana. This is right in the middle of the Missouri River Basin. This could lead to another spring of river flooding. It was last March when a heavy rain storm fell on top of 20-40" of snow in the northern Plains. This set off the river flooding. We will be watching this closely.

RAINFALL/MELTED SNOW FORECAST THE NEXT 10 DAYS: It is not just our area that will be active. Take a look at how much rainfall is forecast across the USA the next 10 days. The new data has over 3" in Los Angeles to 4"-8" from the southern Plains to Tennessee Valley and 1"-2" elsewhere. We are at 1.51" on this data. But, it could easily reach 2"-3". California needs the rain before the rainy season ends in a few weeks.

Have a great rest of your week and weekend.