Remember that time it was supposed to rain and it didn’t? Or that time when the forecast said we’d have five to seven inches of snow and we didn’t? What was one of the first things you thought? Maybe something along the lines of, “The weather person was wrong again.”

As the saying goes, “It must be nice to be wrong all the time and still keep your job.” That’s what many people think about meteorologists. We’re “wrong” all the time but still keep our jobs. Seems like a pretty nice gig, huh? Let me ask you this: what do you mean when you use the word “wrong?” If I, a meteorologist, call for a chance of rain tomorrow and it does not rain at your house but it does at a neighbor’s house a few blocks down, am I wrong?

Take that farther for a second. It doesn’t rain at your house, but there is a thunderstorm over a friend’s house five miles away. Was I wrong?

It all depends on who you ask in those situations; it's perspective.

Now let’s be blunt and honest: is every single forecast right on the money, every time? No. Are there times we totally miss the forecast? Yes. And believe it or not, but the truly "bad" forecasters often find themselves looking for a new line of work before they even make it to your TV screen. The meteorologists you invite into your homes every day are highly-trained, highly-educated, and dedicate their lives to weather forecasting.

What may surprise you, however, is that meteorologists are far more accurate (WAY more accurate) than many give us credit for. But hang on, this article isn't going to be me telling you how great I and my fellow meteorologists are, no. What I want to do is provide a little perspective on that phrase "you're wrong all the time."

Here is a much better way to think about all of this stuff: sports. Laying out some numbers, meteorologists are (for number’s sake) batting around .800 (80 percent). Who in this past baseball season was the best hitter in Major League Baseball? Jose Altuve of the Houston Astros. His batting average: .341 (34.1 percent). 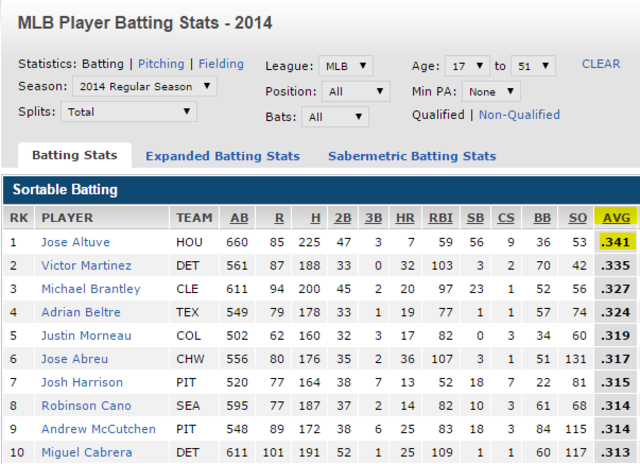 And for the record, I don't know what you heard, but we don't make millions of dollars. Sorry. Are there a select few that are close to that figure? Yes. But there are only a handful at best.

You can read the article here: http://profootballtalk.nbcsports.com/2014/10/31/belichick-has-a-bone-to-pick-with-meteorologists/

His last line is what agitates me: “That’s a fact. They’re wrong a lot.”

Really, Mr. Belichick? It's not a fact. We are not wrong a lot. And if you want to compare numbers to numbers, you are going to get pretty upset with me in the next two minutes.

Speaking just by the numbers, Belichick is wrong more often than a meteorologist. Take it a step farther: if the Patriots go all season with a "good" record, make it into the playoffs and then LOSE at the Super Bowl... would we say he's the worst coach ever? No. He had a mistake. Just one mistake. But it was a big one.

See, being a football coach is not that far off from being a meteorologist. Think of the football players as variables in the atmosphere. You can run simulations and scrimmage games, but then when it comes to the big game on Sunday night, the team may fall apart and miss expectations. Sure, the coach can blame the quarterback for not throwing the ball at the time or the running back for not getting up field like he was supposed to.

Meteorologists can (and do) the same thing. The storm “shifted South,” or the cold front was “stronger than we thought.” These things do happen.

Think about your own career for a second. Ever have a day where you goof? A simple, easy mistake? How about a day where you thought you did everything right, only to find out you didn't? Now imagine that happening and then tons of strangers telling you how you ALWAYS mess up.

At the end of the day, a meteorologist is predicting the future and does a pretty good job at it. Just like a sports player, however, everything is good until we “miss the big one.” But just like in sports, those misses are learning moments. They are for me. You find out what happened and how you can prepare for that the next time.

So before you heckle the meteorologist about "always getting it wrong" yet still keeping their job, just remember there are other professions out there (pro sports athletes, stock market analysts, even doctors) that are “wrong” more often than your local TV meteorologist. But being wrong can be a matter of perspective, and every mistake is a learning opportunity. Statistically speaking, however, meteorologists are more accurate than some give them credit for.

Predicting the future for a small geographic area on a giant rock that’s hurling through space all while spinning on an axis over 1,000 miles per hour, isn’t easy at all. Yet, we get it right nearly 80 percent of the time. That's pretty impressive if you ask me.

And it's only getting better.

Sources and other articles to read: