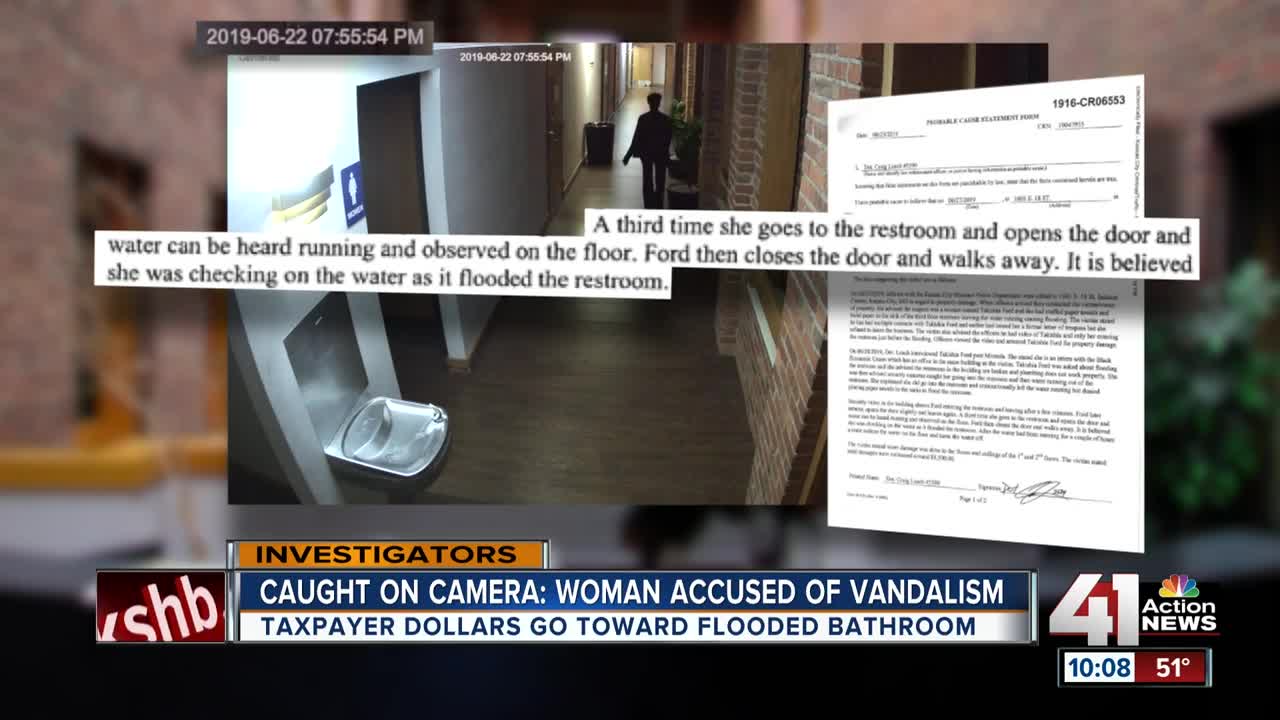 A Black Economic Union intern is accused of vandalizing the historic Lincoln Building in the 18th and Vine District. Takishia Ford, 39, faces a felony property damage charge after she was accused of deliberately flooding a bathroom in the building in June. 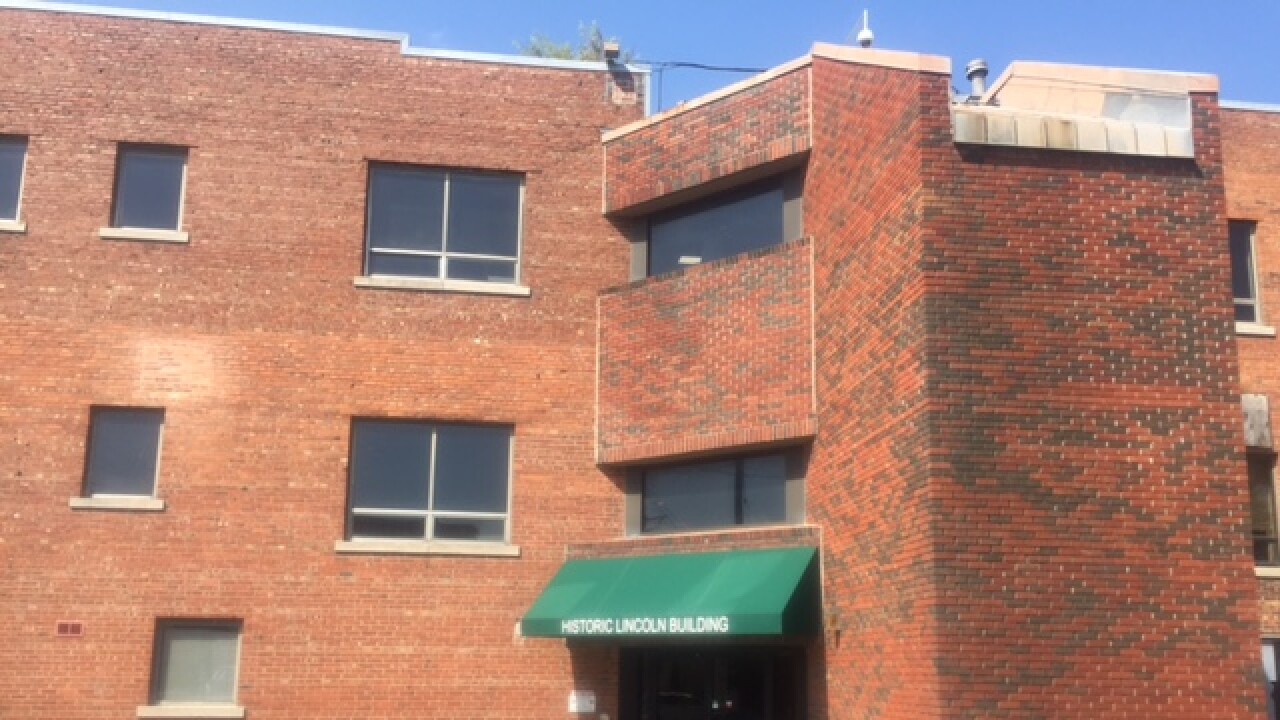 KANSAS CITY, Mo. — A Black Economic Union intern is accused of vandalizing the historic Lincoln Building in the 18th and Vine District.

Takishia Ford, 39, faces a felony property damage charge after she was accused of deliberately flooding a bathroom in the building in June.

As the 41 Action News Investigators first reported in September, the BEU already is under federal investigation after a former BEU board chairman claimed the nonprofit organization's taxpayer subsidies were being misappropriated.

Hundreds of thousands of taxpayer dollars have been given to BEU to renovate the Lincoln Building.

The building also is at the center of an ownership dispute between current owner Henry Service and BEU, which sold the building to Service for $750,000.

It resulted in an undisclosed settlement after a court fight.

"The building was getting vandalized,” Service said, “and we were just trying to figure out how things were happening.”

Service installed motion-sensitive surveillance cameras in the Lincoln Building to try to get an answer to the vandalism problem.

Then one night in June, video that the 41 Action News Investigators exclusively obtained, captured Ford leaving the women's bathroom at 7:44 p.m.

About a minute later, Ford re-enters the bathroom, opens the door slightly and looks in.

Again, she opens the door, looks inside, doesn't go in and then walks away.

Water can be heard running and observed on the floor, according to the probable cause statement from Kansas City Police Detective Craig Leach in Jackson County Court records.

“It's believed she was checking on the water as it flooded the restroom,” Leach's probable cause statement notes.

According to Service, the court records and surveillance video, no one but Ford was seen entering or leaving the women's restroom until more than an hour later at 9:09 p.m.

At that time, the camera picks up another building tenant walking by the restroom.

Video shows that he notices water coming from under the door, knocks on the door, then enters the bathroom.

"He had to unplug a bunch of paper towels that had been wadded up into the sink,” Service said. “He pulled it out himself, turned off the water and then informed me about what he had found.”

According to Leach's probable cause statement, Service said the flooding caused $8,500 worth of damage to floors and ceilings.

In September, the 41 Action News Investigators interviewed Ford before she was charged with property damage and asked her if she intentionally caused damage to the building.

"Absolutely not," she said.

But Kansas City, Missouri, Police and now the Jackson County Prosecutor have a different take.

Leach, in his initial report, said Ford, "continued to talk in circles and admitted she unintentionally left the water running in the sink".

When asked if she told Leach that she unintentionally left the water running in the sink, Ford said, “That could be a possibility.”

Another tenant sent an email to Service claiming she saw Ford "on several occasions throwing paper towels in the sink and running the water.”

“I have also been in the restroom when she was doing something to the toilet,” the tenant also stated about Ford.

Despite video evidence against her, Ford denied vandalizing the restroom in the September interview with the 41 Action News Investigators.

But Service said that “it’s clear she's the one who did it.”

After looking at the videos, Service sent Ford a warning against trespassing in the Lincoln Building.

Since that time in June, Ford, who was BEU's receptionist, has not been in the building.

Ford claimed in a recent phone call that she plans to file a complaint against Service for not allowing her in the building.

However, so far, no complaint has been filed.

A previous stalking complaint Ford filed against Service was dismissed.

Service and other Lincoln Building tenants said BEU's office is rarely open, even during business hours.

The only time this year the 41 Action News Investigators have found the office open was when Ford was there by herself, months before the June restroom incident and Ford's subsequent arrest.

If convicted of the felony charge against her, Ford faces up to four years in prison and a $10,000 fine.

She's due in court next month.